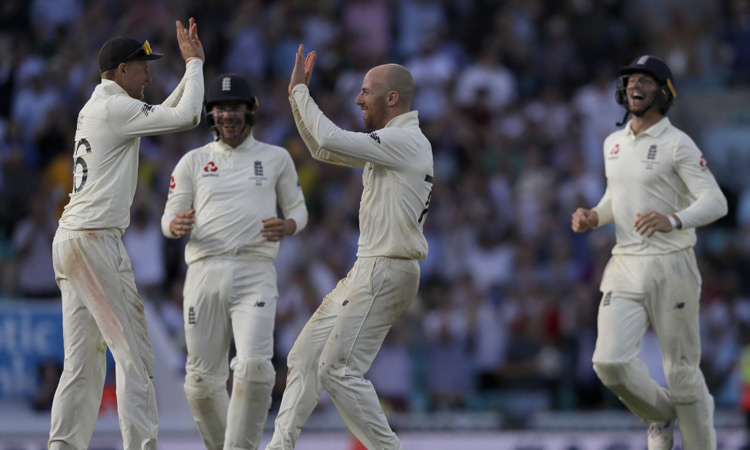 England crushed Australia by 135 runs in the fifth and final Ashes Test on Sunday to level the series at 2-2, ending their historic World Cup-winning season on a high.

Victory for the home side means the Ashes ends in a draw for the first time since 1972, although holders Australia retain the urn.

The tourists, chasing an unlikely 399 to win in a shade under two days, were in trouble early in their second innings when England paceman Stuart Broad removed openers Marcus Harris and David Warner cheaply. 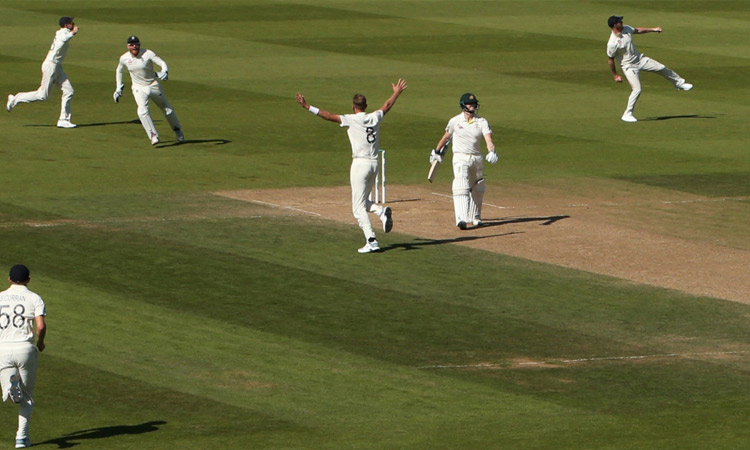 While former captain Steve Smith was at the crease, Australia retained a faint hope sealing their first Ashes series win in England since 2001.

But when Ben Stokes dived to his left at leg slip to catch Smith for 23, giving Broad his third wicket of the innings, England knew they had removed the biggest obstacle in their victory charge.

Smith, who scored an astonishing 774 runs in just seven innings, was out for a score of less than fifty for the first time in the series.

The Oval crowd gave him a standing ovation as he walked back to the dressing room in the September sunshine, with Australia in deep trouble at 85-4 in the post-lunch session.

Matthew Wade offered brave resistance, scoring 117 as man-of-the-match Jofra Archer cranked his speed up to 95 miles-per-hour in the evening sunlight, eye-balling the Australian batsman in an attempt to intimidate him. 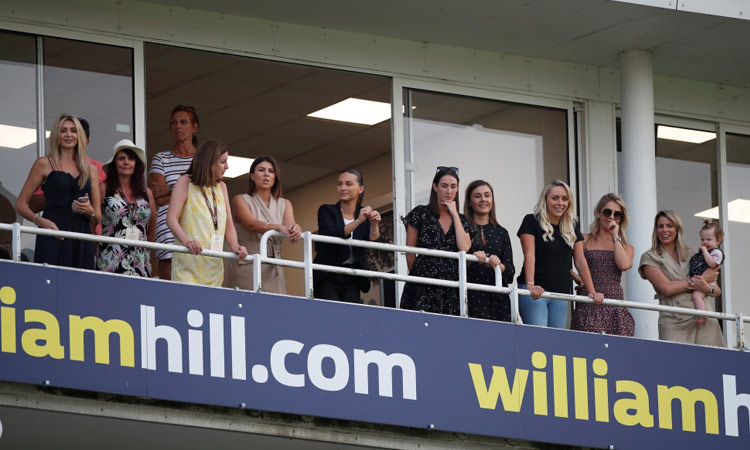 Partners of the Australia players look on during the end of the Ashes series presentation on Sunday. Reuters

England captain Joe Root finally got his man, luring him forward as Jonny Bairstow whipped off the bails.

Nathan Lyon and Josh Hazlewood went in successive balls, meaning England finished their season on a high two months after winning the one-day World Cup for the first time.

"A very good performance," said Root. "I thought we were brilliant. To bounce back from a very difficult emotional week, to come and play in the manner we have, the team has character in abundance.

"This was more of a template of how to play moving forward. It is a step in the right direction. I am very proud of everyone's effort throughout the summer."

Earlier, England added 16 runs to their overnight tally, with Archer and Leach the last men out.

Broad then pounded in, roared on by a packed crowd, who raised the roof when he demolished Harris's off-stump in the fifth over of the Australian innings.

In his following over, Broad ended Warner's miserable series, with the opener edging to Rory Burns in the slips and departing for 11.

Warner, who returned to international cricket in June after a 12-month ban for ball-tampering, had a good World Cup but has endured a torrid time in the Ashes. 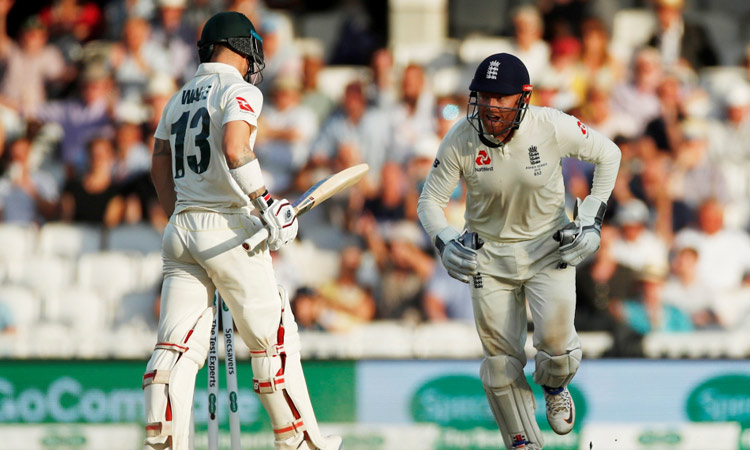 The attacking batsman, who was booed after his dismissal for his part in the cheating scandal, scored just 95 runs in 10 innings and was dismissed by Broad seven times.

Warner's dismissal brought Smith to the crease and he opened his account with a sweet drive through the covers for four off Archer but this time he could not find the magic.

The exit of Smith, also banned over the ball-tampering scandal, led to one or two isolated boos but they were drowned out by applause from the crowd in appreciation of his run-scoring feats.

His run haul put him fifth on the list of highest tallies in an Ashes series behind Don Bradman's two entries, England's Wally Hammond and former Australia skipper Mark Taylor.

Australia were seeking their first Test series win in England for 18 years but only once before had they scored 399-plus runs in the fourth innings to win a Test match, against England at Headingley in 1948.

The tourists won the first Test at Edgbaston and the fourth at Old Trafford while Ben Stokes inspired England to victory in the third Test at Headingley.

The second match, at Lord's, was drawn. 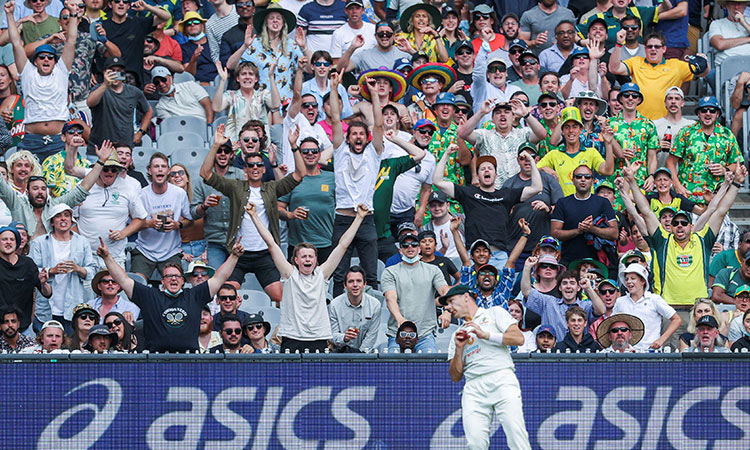 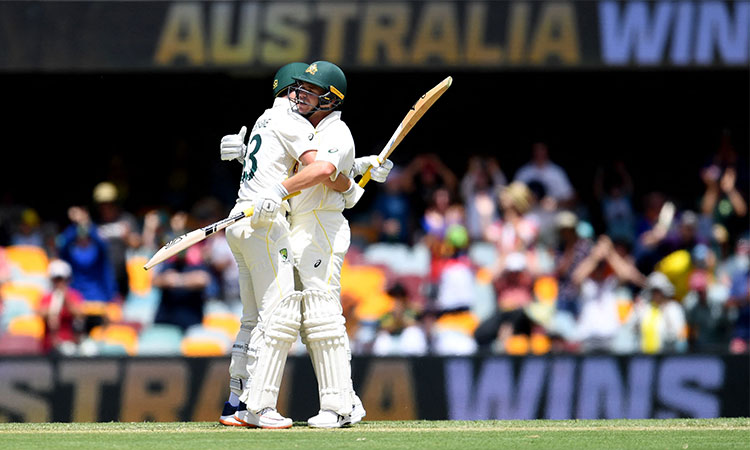 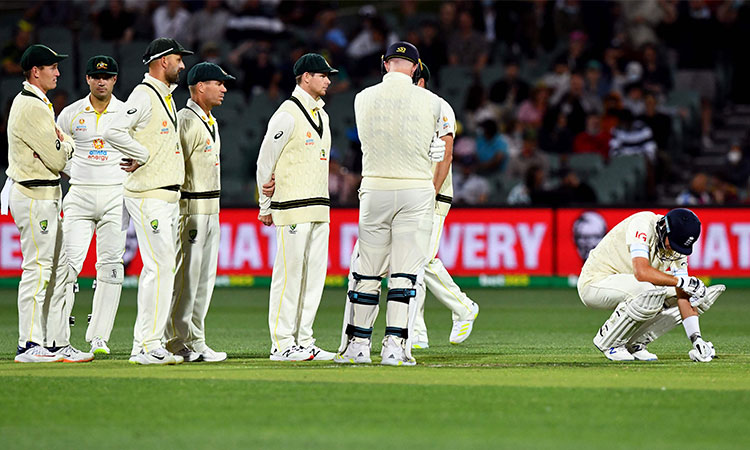