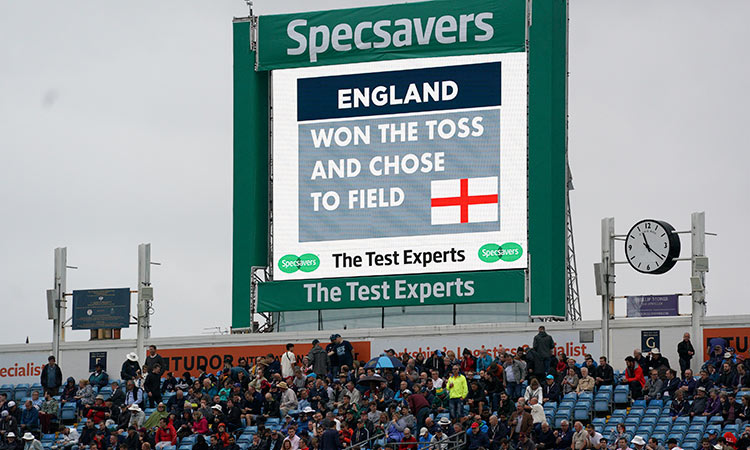 The scoreboard shows the result of the toss of the third Ashes Test cricket match between England and Australia in Leeds.

England captain Joe Root won the toss and decided to bowl against Australia in the third Ashes Test at his Headingley home ground on Thursday. 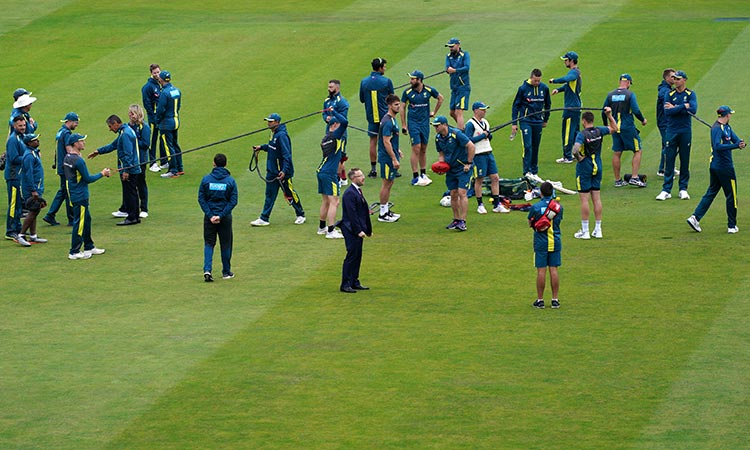 Australian players warm-up as rain delays play on day one of the third Ashes Test cricket match against England.

But no sooner had the toss taken place then the rain returned, with the pitch and square fully covered again.

England were unchanged from the side that had the better of a rain-affected draw in the second Test at Lord's, with opener Jason Roy passed fit to play after being hit on the head batting in the Headingley nets on Tuesday.

But Australia, still 1-0 up in the five-match series after their 251-run win in the first Test at Edgbaston, made three changes to their side.

With star batsman Steve Smith ruled out with a concussion suffered when hit on the neck by a 92 mph Jofra Archer bouncer at Lord's, Marnus Labuschagne — cricket's inaugural concussion substitute when replacing Smith at Lord's — came into the side. 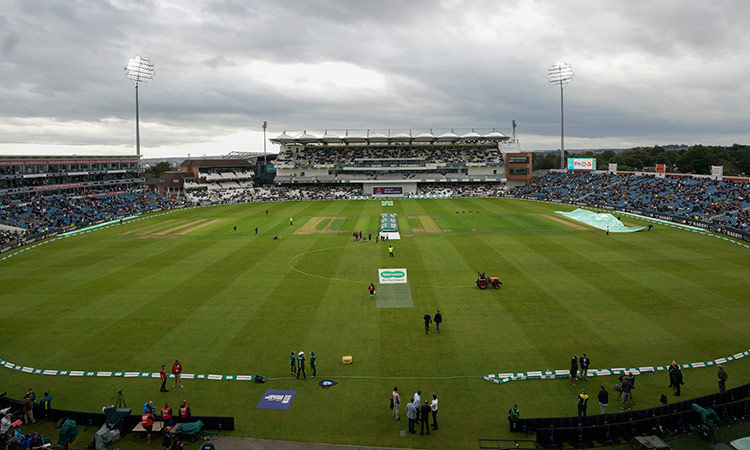 Covers remain on the wicket as rain delays the start of play in Leeds, England, on Thursday.

Struggling opener Banncroft has made just 34 runs in four innings this series, with Harris, who has played six Tests, now given his chance at the top of the order.

Siddle was also left out, with the quicker Pattinson returning to the XI after playing at Edgbaston but missing out at Lord's.

Australia hold the Ashes but have not won a Test series away to England for 18 years.