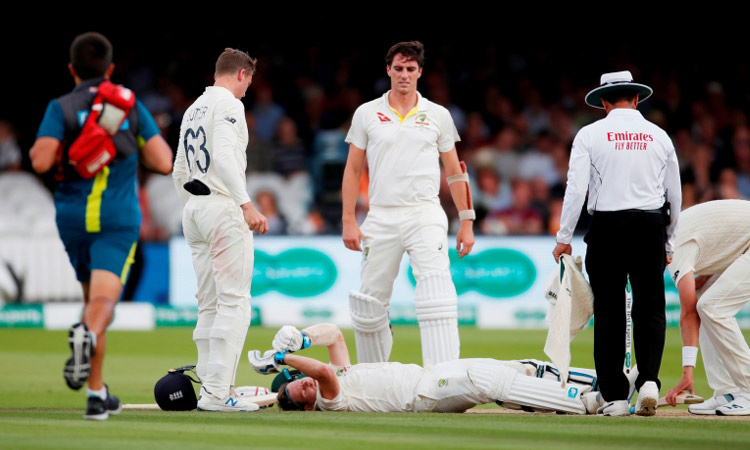 Steve Smith lays on the floor after being hit by a ball from Jofra Archer as Jos Buttler and Pat Cummins look on at Lord's on Saturday. Reuters

Australia's cricket union on Sunday slammed fans at Lord's for booing Steve Smith after he was felled by a bouncer from fast bowler Jofra Archer, saying the sport deserves better.

The star batsman collapsed face forward after a sickening blow to the side of the neck and head when on 80 during Australia's first innings of the second Ashes Test against England on Saturday.

He was eventually able to walk off the field for concussion checks to a standing ovation after another gritty performance.

But when he returned some fans booed him, mirroring the treatment he has received from sections of the crowd in England keen to remind him of his 12-month ban for ball-tampering.

The Australian Cricketers' Association (ACA), which represents players, said it was wrong to hurl abuse at an injured player.

"What we witnessed was bravery from an outstanding young man. It should be commended not vilified.

"Over the English summer, generally the crowds have been terrific and really added to the contest. But when someone is hurt, yet the boos continue, it's time to call 'enough'." 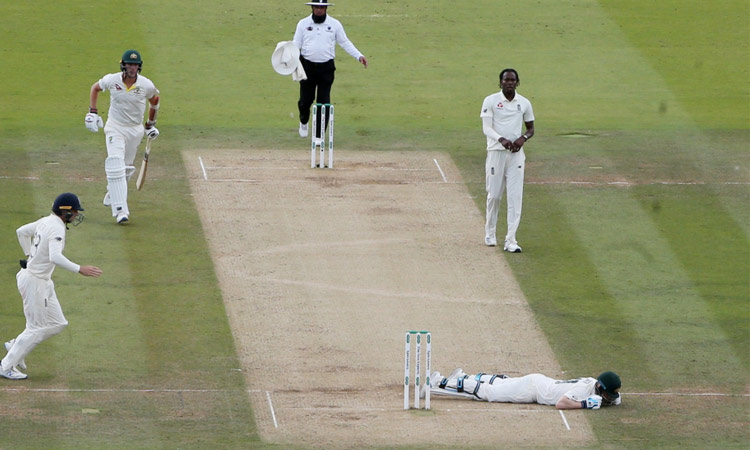 Steve Smith lays on the floor after being hit by a ball from Jofra Archer. Reuters

While angry at Smith's treatment by some fans, the ACA applauded the decision by medics to insist the 30-year-old leave the field for concussion checks, a protocol pushed by Australia following the death of Phillip Hughes in 2014.

Hughes, a former team-mate of Smith's, died after being hit by a bouncer in a domestic Sheffield Shield match in Sydney.

"The events at Lord's show the importance of the concussion protocols which have been developed in Australia over the last few years," it said.

"Administrators in Australia working with the ACA and now the ICC have done a good job in putting the protocols in place. Plainly, they are necessary to protect the players who are struck.

"Let's remind ourselves -- this is a workplace for these players," it added. "The reality is that cricket can be a dangerous sport, especially when the bowling is as ferocious as it has been in this series.

"To see the protocols practised at Lord's overnight was important and correct."

While Smith was wearing a helmet it did not have the additional neck protection that was introduced after Hughes died, which remains optional.

Australia coach Justin Langer said after Saturday's scare that he can see a time when it becomes mandatory.