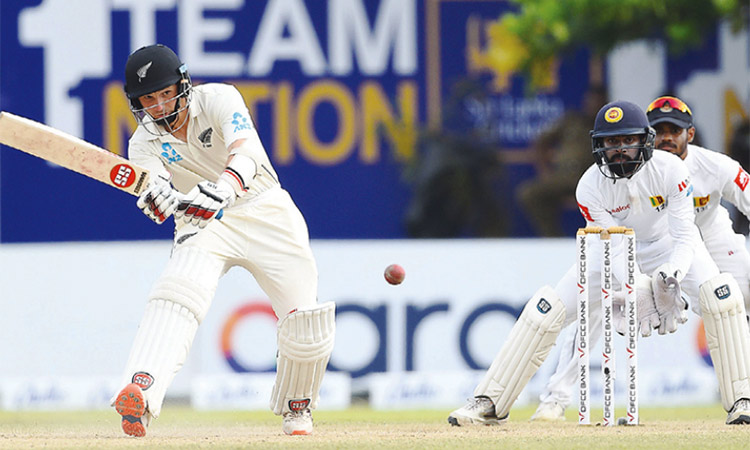 A fighting half-century by wicketkeeper-batsman BJ Watling helped New Zealand to take a highly competitive lead of 177 at stumps on day three in the first Test match against Sri Lanka in Galle on Friday.

New Zealand, who trailed Sri Lanka by 18 runs in the first innings, finished on 195 for seven and a target around 200 could prove tricky for the hosts.

Spinners have long ruled the roost at Galle and towards the tail end of the game they tend to become even more threatening.

The highest successful run chase at the grounds is 99 by Sri Lanka against Pakistan in 2014 and armed with a three-pronged spin attack, New Zealand should be already feeling comfortable.

It was a thrilling day’s Test match with both teams fighting tooth and nail for the initiative and at stumps on day three New Zealand emerged on top thanks to the efforts of Watling, who finished unbeaten on 63. 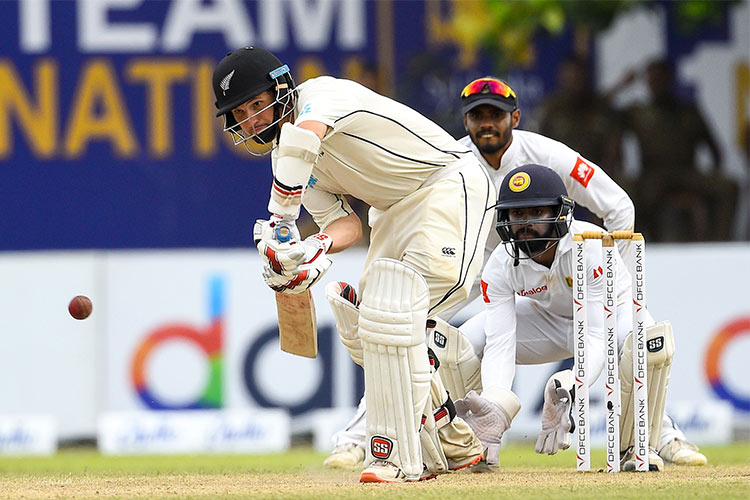 New Zealand had slumped to 25 for three losing top batsmen Ross Taylor (3) and Kane Williamson (4) cheaply and at 124 for six with only a lead of 106 runs and four wickets remaining, they were playing catch up.

But Watling found an ideal partner in Tim Southee as the pair shared a 54-run stand to turn the game in New Zealand’s favour.

Sri Lanka were sloppy on the field with Southee dropped three times. Lasith Embuldeniya provided the much-needed breakthrough when Southee gave him the charge and was stumped by Niroshan Dickwella. He made 23. It was Embuldeniya’s fourth wicket in the innings. Watling had been given out leg before to Embuldeniya when he was on one but the batsman successfully reviewed the decision.

Watling, who has six Test hundreds and posted a career best unbeaten 142 against Sri Lanka, was again being a thorn in their flesh with an unbeaten 63 that came off 138 balls with five fours.

“It was a fantastic innings by Watling. He is a guy who stands up when we need him and he showed that again today. The last couple of partnerships were crucial,” opening batsman Tom Latham, who made 45, told journalists.

“The calmness under pressure is superb. He has done it time and again for us. When he is pushed to tough situations, he enjoys those situations and that brings the best out of him. It’s great to have him in our team,” he added.

Latham said that a target in excess of 200 would be hard for Sri Lanka to chase.