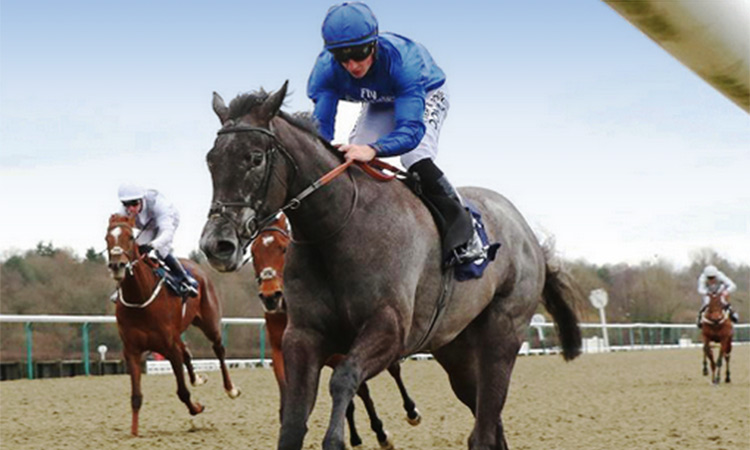 Broderie makes a third consecutive appearance in Germany as she steps up to G2 level for the Meilen Trophy over a mile at Dusseldorf on Sunday.

The four-year-old daughter of Pivotal powered to a decisive victory in the mile Listed Grosser Preis von Rossmannat Hanover at the start of May and then kept on to finish third on her G3 debut in the seven-furlong Grosser Preis der Landeshaupstadt Dresden at Dresden in June.

Soufiane Saadi, on board for both those races, keeps the ride on the Henri-Alex Pantall-trained filly, who is drawn in stall seven and meets eight rivals including the 2018 runner-up Wonnemond and British challenger Robin Of Navan, winner of the 2015 G1 Criterium de Saint-Cloud.

“We are hoping that she can add to her excellent record this season.”

Meanwhile, Impulsif tries to back up two impressive conditions race victories on his G3 debut in the Prix Messidor over a mile at Deauville, France, on Sunday.

The four-year-old son of New Approach, trained by Andre Fabre, was eased down in the closing stages when scoring by three lengths in a mile contest at Maisons-Laffitte in June and stormed to an eight-length success over the same trip at Saint-Cloud In May.

He also gained an easy victory at Deauville in August, when he quickened clear to win by four lengths in a Polytrack maiden over an extended nine furlongs.

Mickael Barzalona again partners Impulsif (drawn one), who takes on five others in a field dominated by the 2018 G1 Prix du Jockey Club winner Study Of Man and multiple G1-placed Trais Fluors. Graffard said: “Impulsif is a horse with plenty of ability and things seems to be finally going his way this season.

“He is taking a step up in class, but we are hoping that he can continue his improvement.”

On the same card, last season’s G1 Prix de Diane runner-up Musis Amica (Fabre/Barzalona), by Dawn Approach, makes her second start of 2019 in the 10-runner Listed Prix de la Pepiniere over a mile and a quarter.

Progressive three-year-old filly Carnival Colors returns to Woodbine, Canada, for the G3 Ontario Colleen Stakes over a mile on turf on Saturday, 20 July.

The daughter of Distorted Humor ran excellently at the Toronto course on her only previous Graded race appearance in October, when she rallied well to go down by a head in the G3 Mazarine Stakes over an extended mile on Tapeta.

She has made one start so far in 2019, scoring comfortably on her first outing on turf in an extended mile allowance contest at Laurel Park, USA, on Saturday, 29, June.

Carnival Colors, trained by Michael Stidham and ridden for the first time by Emma-Jayne Wilson, breaks from stall nine in the field of 10 that also features US G3 scorer Seek And Destroy and French G2 runner-up Queen Of Bermunda plus Stakes winners Sister Peacock and Speedy Soul.

Stidham commented: “Carnival Colors came out of her allowance win in good condition and has been training forwardly.”