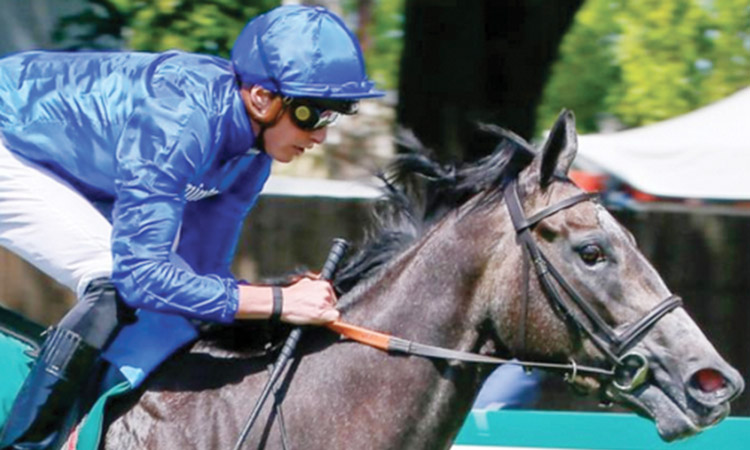 James Doyle leads Summer Romance to an easy win in the Listed Empress Stakes over six furlongs at Newmarket, UK, on Saturday.

Exciting two-year-old Summer Romance maintained her unbeaten record with a comprehensive victory in the Listed Empress Stakes over six furlongs at Newmarket, UK, on Saturday.

The Charlie Appleby-trained Kingman filly, a debut winner over the same distance at Yarmouth on June 13, broke smartly for James Doyle and soon tracked the leaders in third of the seven runners.

She cruised up to take the lead on the bridle over a furlong and a half from home and powered clear before being eased near the line to score by six lengths in 1m 12.23s on ground described as good to firm, good in places.

Charlie Appleby commented: “We have always liked Summer Romance. She came to us from the Deauville breeze-ups, having breezed very well there, and has been very straightforward since coming to us.

“I think she is a nice filly with plenty of scope and time is only going to benefit her. I don’t know what we have beaten today but she couldn’t have done it any more impressively.

“She probably didn’t learn a great deal at Yarmouth but, the way she is doing it, you can’t fail to be excited about the future for her.

“We will potentially look at stepping up to seven furlongs and coming back here for the G3 Sweet Solera Stakes on Aug.10.

“I think going up to seven is probably going to be the way forward and the Sweet Solera Stakes will give us a bit more time. We will try and space out her runs going into the autumn.”

James Doyle said: “Summer Romance gave me a nice feel on quite bad ground at Yarmouth and she has definitely progressed again.

“The race panned out beautifully. I got a nice lead, we went a good tempo and, when I pulled her out into a bit of space, she took off and showed a really good turn of foot. It was similar to what she did on her debut.

“She trains in a hood at home and is quite enthusiastic, so we just have to put a lid on her early in her races. I reined her back to get a bit of cover coming out of the gates and she switched off nicely.

“When you look at her, she doesn’t appear like the finished article -- she still looks like she is going to grow and fill her frame. Even though she has won by six lengths, it still felt like there is more to come.”

Elsewhere, in France on Sunday, Morgan Le Faye seeks to continue her renaissance as a leading middle-distance performer in the G1 12-furlong Grand Prix de Saint-Cloud at Saint-Cloud.

The five-year-old Shamardal mare has excelled since being dropped back in trip by trainer Andre Fabre, winning all three starts this year, including an emphatic two-length victory in the G2 Prix Corrida over an extended 10 furlongs at Saint-Cloud on May 20.

She gained two easy victories at Longchamp in April, quickening strongly from the rear in both the 10-furlong G3 Prix Allez France and the Listed Prix Zarkava over half a furlong further.

Morgan Le Faye, yet to win a G1, has finished third on her two previous G1 appearances, both of which were run over further in 2018, in the Prix du Cadran over two and a half miles at Longchamp and the 15-furlong Prix Royal-Oak at Chantilly.

Lisa-Jane Graffard of Godolphin said: “Morgan Le Faye came out of the Prix Corrida in great form, hence the decision to aim her at this G1 race.

“After winning a G3 and a G2 this year, she deserves to step up to this level and we are looking forward to seeing how she gets on.

“She has been winning over shorter distances this season,but has run well over further in the past, so racing over a mile and a half shouldn’t pose any issues.

“If she runs up to her best, she will have a great chance, but she will need to improve slightly if she is to win.”