Bees cause Lankan and S.African players to hit the ground during WC match - GulfToday 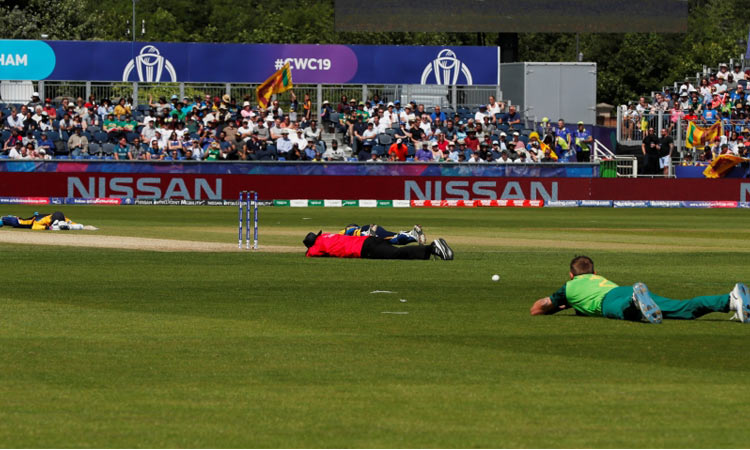 The umpire, Sri Lanka and South Africa players lie on the ground to avoid bees attack on Friday. Reuters

Fans attending the 2019 ICC World Cup group match between Sri Lanka and South Africa here on Friday were given some comic relief in the 48th over of the Sri Lankan innings when the players and umpires had to lie down on the ground when a swarm of bees passed over the stadium.

Chris Morris was bowling his ninth over and Suranga Lakmal was on strike when the bees descended upon the ground after the fifth ball was bowled. The players and the umpires immediately took evasive action and lay flat on their stomachs on the ground, drawing laughter from the crowd. 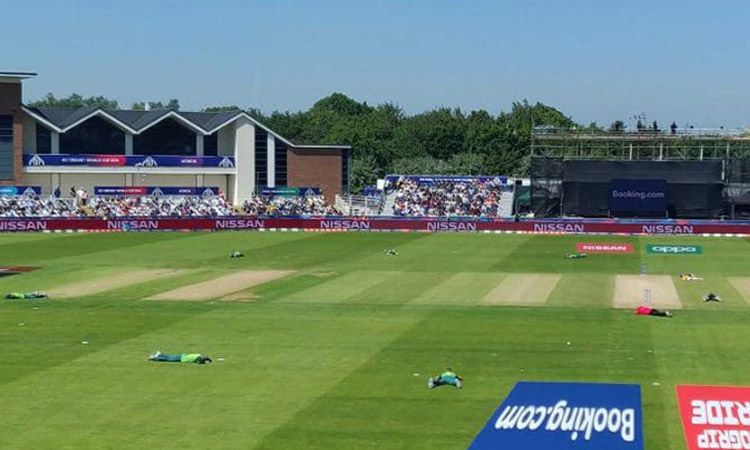 The umpire, Sri Lanka and South Africa players lie on the ground to avoid bees attack on Friday. Twitter photo

A similar incident happened in 2017 in an ODI between these two teams at the Wanderers in South Africa. However, while the delay was only of a few minutes on Friday, the insects had caused a halt of more than an hour at the Wanderers.

Sri Lanka, who were batting first after Faf du Plessis won the toss, were all out for 203 with Chris Morris and Dwaine Pretorius picking up three wickets each. They need to win the match to keep alive their slim chances of making it to the knockout stage of the tournament.