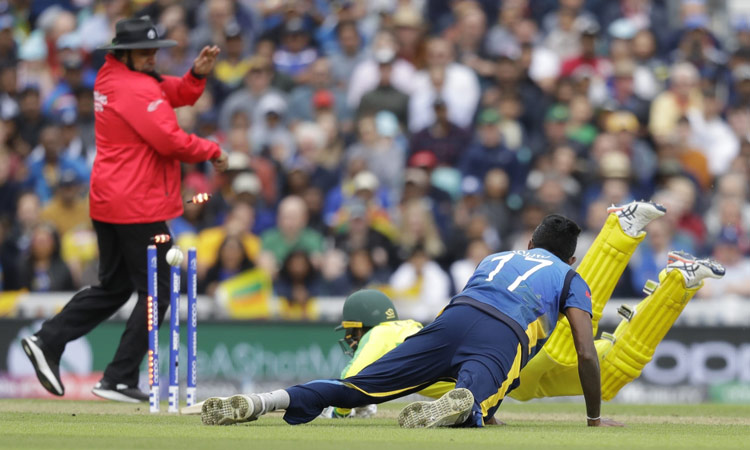 Finch took the misfiring Sri Lanka attack apart with a dazzling display at the Oval that included 15 fours and five sixes.

It was his 14th one-day international century and the second of his World Cup career.

The 32-year-old's 132-ball demolition job took him level with his previous best score of 153 against Pakistan in March.

"I feel like I'm playing reasonably well," said the skipper. "When you hit a few drives early on it gives you some confidence.

"They used the big side of the ground really well and it was a bit windy so it was hard to target the small boundary.

"We didn't have a target in mind, we knew their death bowling would be good. We're pretty happy with what we've got, Maxy (Glenn Maxwell) did well at the end." 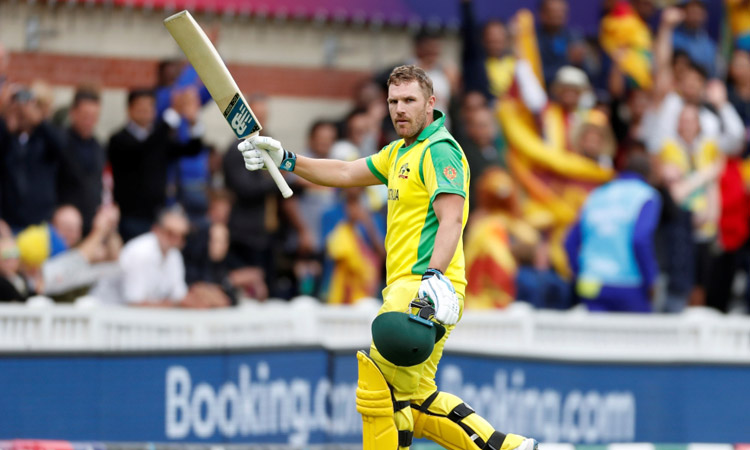 Aaron Finch acknowledges fans after losing his wicket at the Oval on Saturday. Reuters

Finch was well-supported by Steve Smith's 73 from 59 balls and the pair put on 173 runs for the third wicket to set Sri Lanka a formidable total.

Australia are searching for their fourth win from five matches after beating Afghanistan, the West Indies and Pakistan.

Their lone defeat in the 10-team tournament came against India and a victory over Sri Lanka would put them well on course for a semi-final berth.

Together with opening partner David Warner, Finch took the attack to the Sri Lankans after being put in to bat under cloudy skies in south London and the pair passed fifty for the opening wicket for the fourth time in five games at the World Cup.

Warner was the first Australian to perish when he was bowled by spinner Dhananjaya de Silva for 26.

That brought Smith to the crease and triggered the now-standard smattering of boos from the non-Australians in the crowd in reference to his role in the ball-tampering scandal in South Africa last year.

But Smith has been in fine form since returning from his ban for the incident and his composed presence freed Finch to go for broke.

Gum-chewing Finch stepped on the gas to take 20 runs, including two sixes, off De Silva's eighth over and he brought up his hundred with a six off Milinda Siriwardana.

Sri Lanka had no answer to his brutal assault and by the time he departed, caught by Dimuth Karunaratne off Udana, he had put Australia in a commanding position.

Glenn Maxwell's quick-fire 46 not out capped a depressing outing for Sri Lanka, who have one win from four games after their previous two matches were abandoned due to rain.