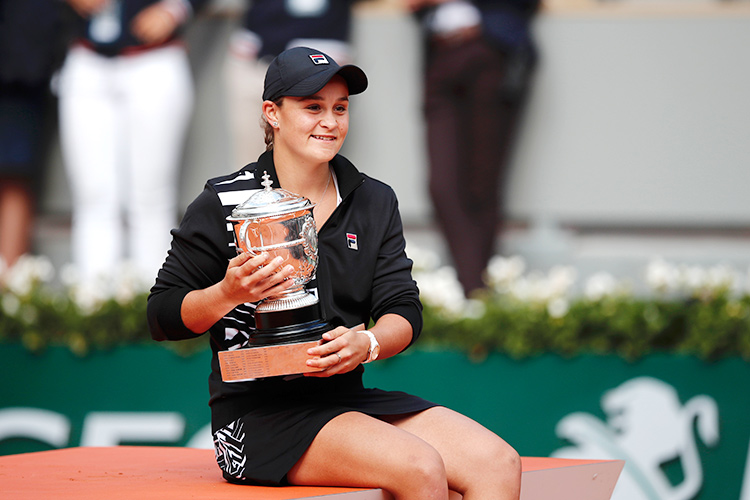 Ashleigh Barty celebrates with the trophy after winning the final in Paris. Philippe Lopez/ AFP

The 23-year-old will rise to second in the world behind only Naomi Osaka when the latest rankings are released next week, after becoming the first Australian winner at Roland Garros since Margaret Court won the last of her five trophies in 1973.

She will be best-ranked Australian woman since Evonne Goolagong Cawley in 1976.

"It's unbelievable, I'm a little bit speechless. I played the perfect match today. I'm so proud of myself and my team, it's been a incredible two weeks," said Barty.

"It's a special place for Australians here. Sam (Stosur) has done well here before and come so close. It's been a magical two weeks."

Barty, who famously took a break from tennis to play professional cricket in 2015, struck 27 winners past an opponent riddled with nerves.

The 19-year-old Vondrousova saw her bid to become the first teenage Grand Slam champion since Maria Sharapova won the 2006 US Open come to a tame end, as the world number 38 made 22 unforced errors, against a mere 10 winners.

"Congratulations to you and your team, you gave me a lesson," Vondrousova said to Barty at the trophy presentation.

"Even though I didn't get the win today, I'm really happy with everything."

Almost 90 minutes after the match was due to start, the players made their way onto Court Philippe Chatrier, after Dominic Thiem's thrilling five-set win over Novak Djokovic in the men's semi-finals forced Barty and Vondrousova to endure a nervous wait.

The scheduling had already been criticised on Friday as a sexism row erupted when the women's semis were moved away from the showpiece Chatrier court.

In fact, this was the first match on the premier Roland Garros arena in Vondrousova's career, although she did have a brief practice session on Saturday morning.

The tension got the better of the Czech early on, as she double faulted to gift Barty two break points, before firing long to put her opponent 2-0 ahead.

Barty, who also reached the Australian Open quarter-finals earlier this year, consolidated the break with a confident love hold, leaving Vondrousova firmly on the back foot after only seven minutes of play.

Another break followed as Vondrousova threatened to fall apart, but she settled down and got herself on the scoreboard.

Barty quickly got back on track, and wrapped up the first set after only 29 minutes with a crunching forehand winner.

Vondrousova had it all to do in the second set having managed just two winners in the opener, but she contrived to drop serve again at the first time of asking.

She finally held serve for the first time in the match, though, saving two break points in the third game.

Vondrousova had reached the final without dropping a set and had the best record on tour since the Australian Open, but she left it too late to get her game in order on this occasion. 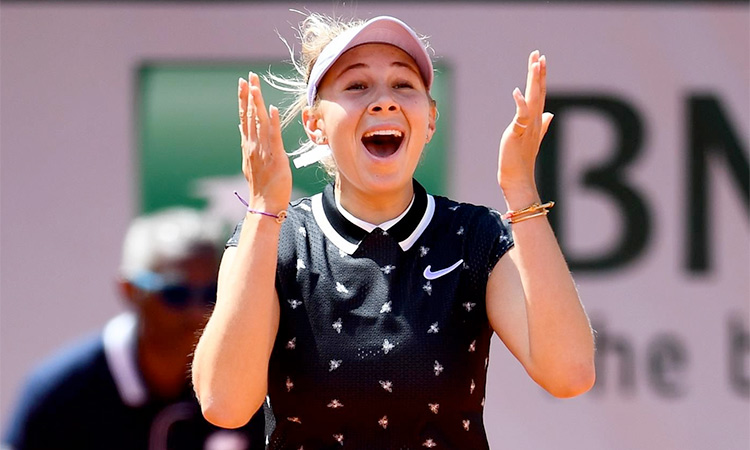