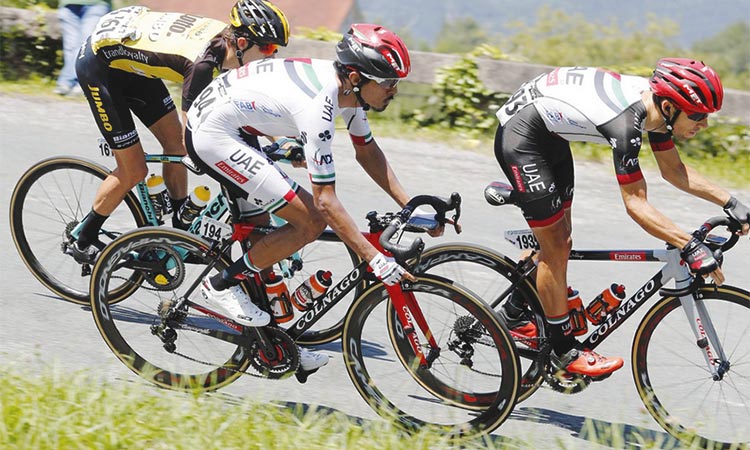 UAE Team Emirates rider Yousif Mirza says he will give his best at Tour of Turkey. Supplied photo

UAE Team Emirates’ Yousif Mirza will be looking to recapture some form as the Emirati joins his teammates at the Tour of Turkey (April 16-21).  The UAE National Champion most recently turned out for UAE Team Emirates at the Giro di Sicilia, but will be hoping for more luck this time around. Joining Mirza will be Jan Polanc, Valerio Conti, Juan Sebastian Molano, Cristian Munoz, Aleksandr Riabushenko and Simone Consonni.

Traditionally played out towards the end of the calendar year, the 55th edition of the Tour of Turkey has been switched to an earlier start, making use of the warm climate and lighter days in the North West of the country, where Europe meets Asia.

The opening stage will see riders take on a 160km costal route adjacent to the Sea of Marmara, before the finish in Tekirdag. With two categorised climbs, spectators can expect a sprint finish. Stage two will be a slightly different affair. Any ambitious climbers could look to take advantage as part of a breakaway, in the hope they can build up enough of a time gap to ward off any threat from the chasing pack. But there is a punchy uphill finish to contend with, so riders looking for the stage win will need to leave something in reserve.

Stage three is another one for the sprinters, with a short route and one climb which peaks at just under 77km; from there on it’s flat to the finish. By Stage four the General Classification (GC) should be taking shape, and there isn’t likely to be much of an upset on the cards, particularly with Stage five in mind.

The penultimate test will see the riders tackle a 164.1km course from Bursa to Kartepe. The opening 150km won’t phase many of the riders, but it’s the final 15km where the going gets really tough. A hors category (HC) summit finish will test even the best of climbers, and it could be here where the GC is decided.

The final stage will end in front of thousands of spectators in the capital, Istanbul. Although the parcours won’t be easy for some of the sprinters, we should have a gutsy sprint finish on our hands to cap off an intriguing week in Eastern Europe.

Commenting ahead of the race, Marco Marzano, Sports Director who will lead the team in Turkey said: “Our two fast riders, Consonni and Molano, will have the chance to take on a good group of sprinters. As for the more demanding stages, Conti and Polanc have the skills to fight for good results, benefiting from the work by team-mates Mirza, Muñoz and Riabushenko.”

Mirza said:  “I’m happy I’ll participate in a World Tour stage race. In the Giro di Sicilia I suffered with the cold weather, but in Turkey there should be warmer temperatures, so I’m ready to give my contribution to the team.”

Meawnhile, following the success of academies run across Dubai and Abu Dhabi over the past 12 months, the UAE Team Emirates Youth Academy on Monday its plans to initiate phase two of the cycling initiative.

The Youth Academy is set to roll out in three different schools across Abu Dhabi — Al Rabeeh School, Sheikh Zayed Private Academy for Boys and ADNOC Sas Al Nakhl — throughout the months of April and May. The sessions will see over 50 hours of coaching delivered by qualified cycling instructors, to more than 300 youngsters between the age of 8-11, focusing on key elements of fitness, bike handling and technique.

The Youth Academy will culminate in a cycling showcase in Abu Dhabi on May 4.

The latest announcement reiterates the team’s ambition of encouraging the next generation of UAE cyclists. It also follows a largely successful trial run of the Youth Academy at Aldar Academies Al Yasmina School in October, where over 100 youngsters aged 5-15 years old participated in a clinic and had the chance to meet the team’s star riders including UAE National Champion, Mirza and Tour de France stage winners, Alexander Kristoff and Dan Martin.

The sessions will be tailored to each child’s individual needs, whilst improving their all-round cycling ability. Some youngsters will also have the opportunity to learn from Mirza. The UAE National Champion became the first ever cyclist to represent the UAE at the Olympic Games and has achieved recent success with the UAE National Team, picking up a Stage victory at the Tour of Egypt. The Emirati star will offer advice and guidance to the youngsters and share his success story in the hope of inspiring the youngsters to take up cycling. 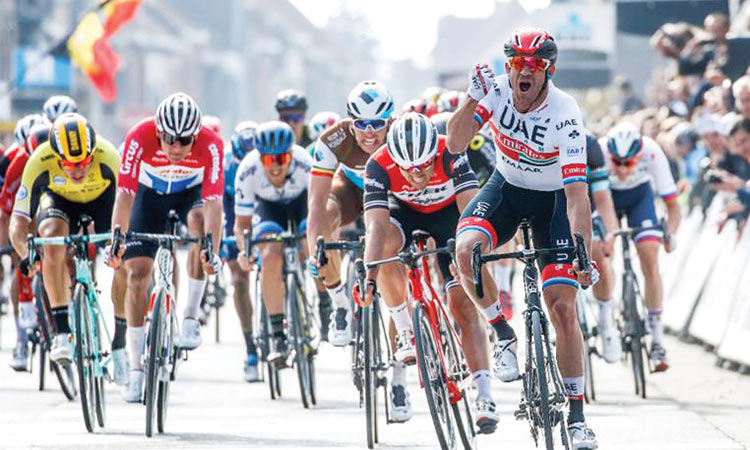