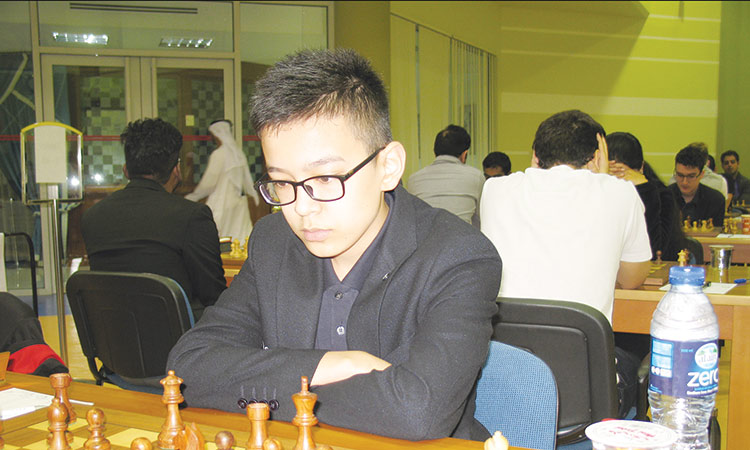 Teens from India, Ukraine and Uzbekistan set the pace with three points each after three rounds of the 21st Dubai Open Chess Championship at the Dubai Chess Club in Dubai.

Teenagers GM Nodirbek Abdusattorov, 15,  and IM Shamsiddin Vokhidov, 17, both of Uzbekistan, IM Raghunandan Kaumandur Srihari of India, 18, and GM Temur Kuybokarov, 19, of Australia are in the lead pack of 10 players.

Abdusattorov used the English Opening to outplay WIM Desmukh Divya of India in 46 moves with a double Rook sacrifice to clear the way for double Queen promotion. Vokhidov crushed the Sicilian defense of GM Mustafa Yilmaz of Turkey, gaining a Bishop on the 47th move to force resignation seven moves later.