Unpaid tax: Zahawi is both shameful and shameless - GulfToday

Unpaid tax: Zahawi is both shameful and shameless 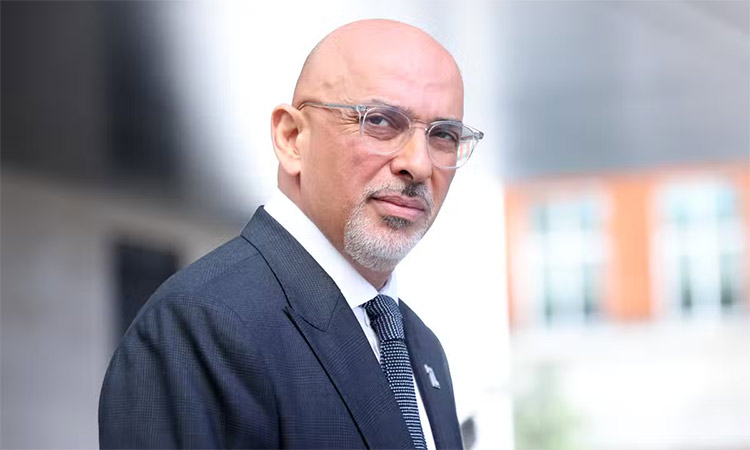 One of the many edifying aspects of life writing about British politics from 2016 to the present day is the almost complete fusion of the words “shameless” and “shameful”. They sound like they should be opposites, but they can be used almost interchangeably.

Politicians have always done shameful things, but when found out, quite often they resign — specifically because they may have done a shameful thing, but they are not shameless. At some point, in the recent past, something changed.

Is Nadhim Zahawi shameful or shameless to be a) quietly ponying up £5m in unpaid tax at the same time as b) threatening to sue anyone who dare suggest anything untoward might have been going on? The answer is both.

What I must say I didn’t expect, however, is for the same linguistic nuclear fusion to take place with careless and careful. They really are opposites, aren’t they? They can’t possibly mean the same thing? Well, let’s investigate.

The specifics of the allegation against Zahawi are that he set up his chunk of the founder shares in his own company, YouGov, in his father’s name, to allow him to receive the benefits from those shares — some £27m — in various loans and other clever ruses that would allow him to avoid paying tax on them.

This sort of thing requires a great deal of care. It would be — if that is what Zahawi has done — a highly unusual arrangement. To set up one’s affairs in this way is extremely careful. And yet somehow, having now paid back the £5m in tax that this set-up allowed him to avoid, we are told that the cause has been because he “acted carelessly”.

It takes — as Dolly Parton never quite said — a lot of care to be that careless.

At this point, in these sorts of columns, it is customary to appease the lawyers by making clear that Zahawi denies these allegations. But he’s been very careless there too. Very carelessly, he denied on live television last year that he ever received any benefit from the trust set up in his father’s name, even though he’d also carelessly declared to HMRC that he’d had at least £99,000 from them. No one knows for certain precisely how Zahawi’s arrangements ended up with him owing £5m to HMRC, and doing a deal with them to pay it back while he was the actual chancellor of the Exchequer and thus having direct ministerial oversight of the entire organisation.

(It’s possible you’ve forgotten but Nadhim Zahawi was briefly chancellor, and arguably he should be commended for using his time in office for finally getting round to paying his own tax. His predecessor in the role — Rishi Sunak — was in post at the same time that his wife, Akshata Murthy, announced that she would pay UK taxes on all her worldwide income as she did not want to be a “distraction” for her husband. Whatever happened to him?)

Anyway. The reason no one knows the precise arrangements is because when precise questions have been put to the former chancellor about them, he has responded by either ignoring them entirely or threatening legal action.

Now is that careless? To not answer the actual questions put to you and just make threats instead? Or is it careful? I have to say I am struggling. Again we must ask, careless or careful? Maybe he really will sue everyone he’s threatened to sue, just as soon as he’s found all their addresses but he’s accidentally left his filofax in the pub and he’s got the dentist this morning which he forgot about and he swears he used to have that libel lawyer’s number in his contacts but then his iPhone auto-updated and look he’s just got a lot on at the moment.

Or maybe it’s, you know, a bit more careful than that. Because sometimes, in very specific circumstances, it really can be quite careless to sue someone for libel, and if you want to know exactly how careless just ask Rebekah Vardy’s lawyers.

The chancellor Rishi Sunak is today expected to announce that he will bow to pressure, mostly from the Labour party, and offer households an energy bills rebate through a windfall tax. It is a bit like going to A&E and being told you’ll finally get a