Every hand counts when the burden multiplies - GulfToday 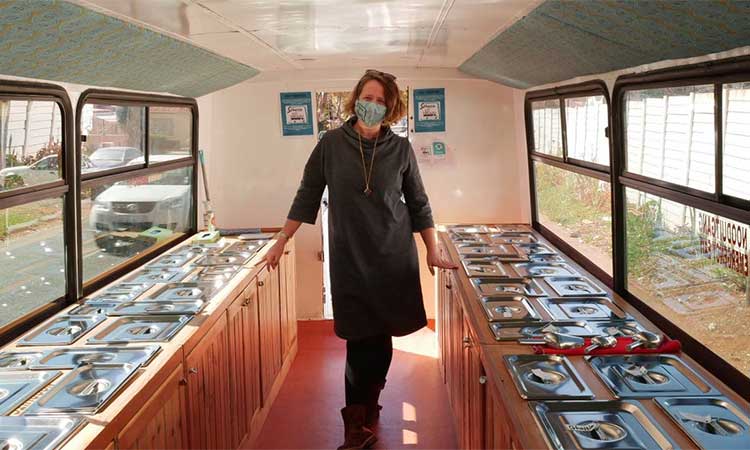 Ilka Stein, a consultant and facilitator, poses for a photo inside the Skhaftin food bus in Johannesburg, South Africa. Reuters

Without meaning to be unreasonably preachy, one would like to state, and in definite terms, that when there is a serious crisis all of us should jump in to deal with the impending problem. The person willing to help need not be a man worth millions because help is always a matter of feelings and not means. Some millionaires have been known for shutting their doors to beggars. Some ordinary humans have set their fraternity talking by sharing their modest possessions.

One such person is Sidney Beukes, a resident of Johannesburg, South Africa.

When Beukes got his bus driver’s licence, he never imagined himself behind the wheel of a 40-year-old school bus that has been turned into a mobile grocery store serving low-income residents of Johannesburg. The bus is not an easy drive: there is no power steering and it chugs along. But Beukes said every time a customer climbs aboard to buy groceries they could not afford in the shops, he is reminded of why he would not want to drive anything else.

“We’re here for them, when people are stuck without food and it gets tough ... it makes me happy to see them happy,” said Beukes, 24, standing next to the gleaming white bus in the South African city’s working-class Bertrams area.

The Skhaftin bus - named after a local slang word meaning lunchbox - was born at the start of the coronavirus pandemic, when activist Ilka Stein appealed on social media for social entrepreneurs to brainstorm ideas to help the community. Last year’s strict lockdown, which began in March, had a devastating impact on millions of South Africans. By April 2020, 3 million people had lost their jobs and one in five were going hungry, found a survey by universities. In the fourth quarter of last year, government statistics showed record unemployment of 32.5%, meaning 7.2 million people were out of work. “I knew I wanted to look at sustainable solutions around food,” said Stein, from her offices in Victoria Yards, a former laundry factory in inner city Johannesburg that now houses art studios, community vegetable gardens and a clinic.

The bus’s seats were removed to make way for cupboards and shelves to stack the fresh vegetables, beans, spices and cereals. By January this year, 90 days after Stein had bought the old bus, it was reborn as a mobile grocery store. Three days a week, the bus parks in different city neighbourhoods where the team tell customers what the project aims to achieve, encouraging shoppers to bring their own containers to reduce plastic waste.

In India, a man, like Beukes, sold his car to buy oxygen for COVID-19 patients.

This discussion shall remain incomplete without talking about the pantry in Philippines.

The praiseworthy gesture, displayed by the South African, the Indian and the Filipina, goes on to prove that during any major crisis it is everybody’s responsibility to respond, and in a concrete way, and not wait endlessly for the authorities to intervene.

The news that about 270 million people face starvation is utterly worrying and calls for immediate action. The number of people who stand on the brink of starvation is equivalent to the combined population of Germany, Britain, France and Italy, 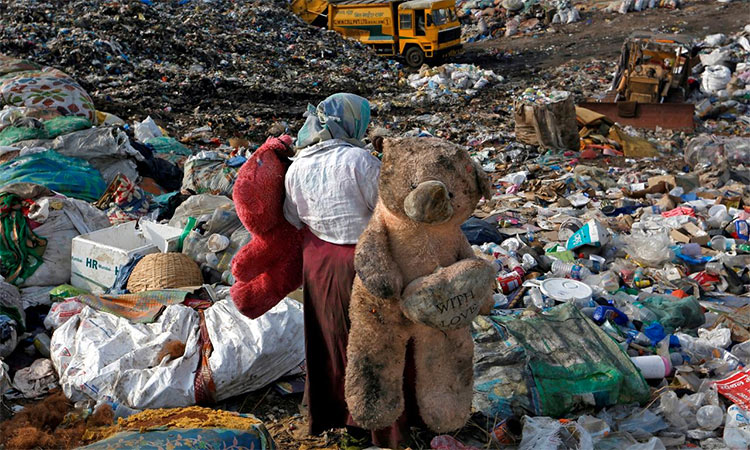 Global efforts must be ramped up to stem poverty

The report that nearly 20 million more people faced food crises last year amid armed conflict, the COVID-19 pandemic and weather extremes is alarming. But this is not the end of the story. The outlook for this year is very grim, according to a report by the Global