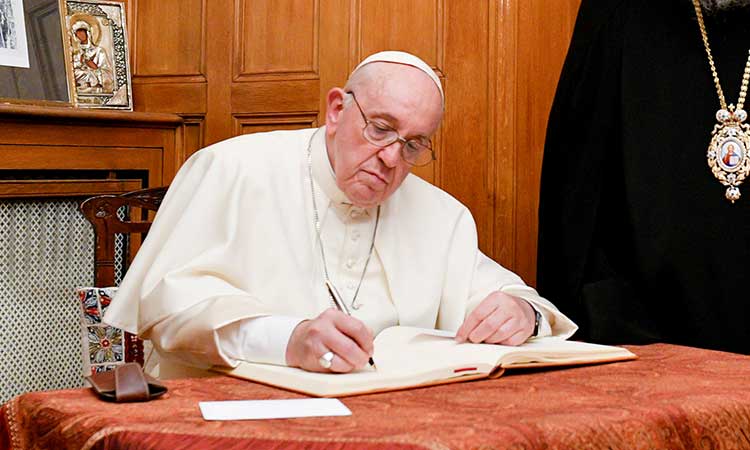 Pope Francis made migrants the primary issue of last week’s missions to Cyprus and Greece, two countries, along with Italy, at the forefront of the European migration crisis.  As all three are the first countries where migrants land when making perilous journeys from their homelands, ravaged by war and economic hardship, EU policy holds that they must apply for asylum there. This means that the eastern-most EU member, Cyprus, Greece and Italy, located on the Mediterranean sea, where 18,000 have drowned, bear the burden of caring for migrants while countries like Poland and Hungary refuse to host them although their care is meant to be shared among bloc members. As a result little Cyprus, which has a population of 1.2 million, has become the EU member with the largest number of illegal migrants/asylum seekers per capita and they are becoming in creasingly unwelcome. The Roman Catholic pontiff called on Cypriots to eschew blindness to the needs of others and “renew [their] sense of fraternity... if each person thinks only of himself or herself, or his or her group, if we refuse to stick together, if we do not dialogue and walk together, we will never be completely healed of our blindness.” By this he meant indifference to the fate of others causing resistance to providing migrants with shelter and decent livelihoods.

A small island where two-fifths of the population was rendered homeless by the 1974 Turkish occupation of the north, Cyprus has had a long history of receiving refugees. Cyprus took in Greek refugees from Asia minor in 1922 fleeing as a result of war between Greece and Turkey and welcomed others fleeing Palestine following Israel’s war of establishment.  During Lebanon’s 1975-90 civil war thousands of Lebanese and others living in that country flocked to Cyprus, a brief journey across the Mediterranean, where they either settled or carried on to further destinations. While most Lebanese residents returned home once the war ended and life began to return to normal, they have come back since 2019 due to their country’s economic collapse.

Cyprus hosts 191,000 migrants, of whom 33,000 are “illegals” and asylum seekers, while the vast majority are “legals” who live and work on the island. The largest proportion are Filipino and Sri Lankan women who work as household help and men who are employed in a number of occupations. Cyprus government spokesman Marios Pelekanos told the French news agency, “The percentage of asylum seekers exceeds 4 per cent of the population, when in the rest of the EU frontline countries it does not exceed 1 per cent. Furthermore, nearly 11,000 arrived in 2021, 38 per cent more than in all of 2020. Cyprus has asked the EU to relocate some asylum seekers and pressed for repatriation of 15,000 who do not qualify for asylum. Repatriations have stalled because of a lack of agreement between the EU and their home countries. To stem the flow of Syrian and Lebanese migrants taking boats from Lebanon, Nicosia has reached an agreement with Lebanon to block sailings and take back boat people who reach the island’s shores.

Nine thousand of the new arrivals have entered the Cyprus republic via the Turkish-occupied breakaway Turkish-Cypriot state in the north. Some migrants have journeyed to Turkey and taken ferries or flights to reach the north where they engage people smugglers to get them across the line that divides that area from the south. Others have enrolled in Turkish Cypriot universities and institutes and either complete their courses or simply cross with smugglers.  Although the dividing line between north and south is fenced and patrolled by local forces and UN peace keepers, smugglers continue to guide clients across.  Several dozen Syrian men were detained last weekend walking along the highway between holiday resort towns.

More than 1,500 war refugees and economic migrants — most of the latter from Asia and Africa — are being held at a former military camp outside the capital, Nicosia.  While it was designed as a processing centre where new arrivals would remain for only three days, some have been held there for months in poor conditions.  The Pope has offered to fly 50 migrants to Italy where they will be resettled by San’Egidio, a Catholic charitable organisation. The first 14 — including a Cameroonian couple trapped for six months in no-man’s land — and men held in prison for illegal entry —  are set to fly to Italy in mid-December, the majority after Christmas. Pope Francis’ gesture, designed to highlight the plight of migrants, amounts to a drop of water in an ocean of refugees and economic migrants.

Yesterday Pope Francis made his second journey to the Greek island of Lesbos, which he visited in 2016 to meet migrants in order to call attention to their situation.  At least 15,000 men, women and children remain incarcerated in camps there and other Greek islands due to the refusal of EU states to share the burdens of resettling them.  In a March interview with the Guardian, Imogen Sudbery, the International Rescue Committee’s director of policy and advocacy in Europe, urged EU leaders to relocate migrants on the islands to the mainland.  “EU leaders face a stark choice. Either they can continue to relinquish responsibility for their own migration policies and leave people suffering at their borders, or they can step up and fulfil their moral and legal obligations to protect.” However, moving them to the Greek mainland does not resolve the problem they pose for Greece, which is just beginning

to recover from its own economic meltdown.

Germany’s successful absorption of migrants who entered that country in 2014-15, more than half of the million escaping from the war in Syria, should be a model other European countries might follow.  According to an Iraqi who has been involved in settling refugees, Syrians have adapted well, completed the process of becoming permanent residents, helped countrymen adjust, and secured employment. Syrians may have been successful because their background is more akin to that of Europeans than that of Africans and Afghans.  Syrians also feel they have no choice but to succeed because their homeland remains at war and reconstruction has not begun due to lingering violence and sanctions.  Once Syria is at peace and rebuilding begins, there is likely to be a mass influx of Syrians from abroad. Tens of thousands of Syrians dearly miss home and are eager to invest their energy, expertise and money in rebuilding their country. 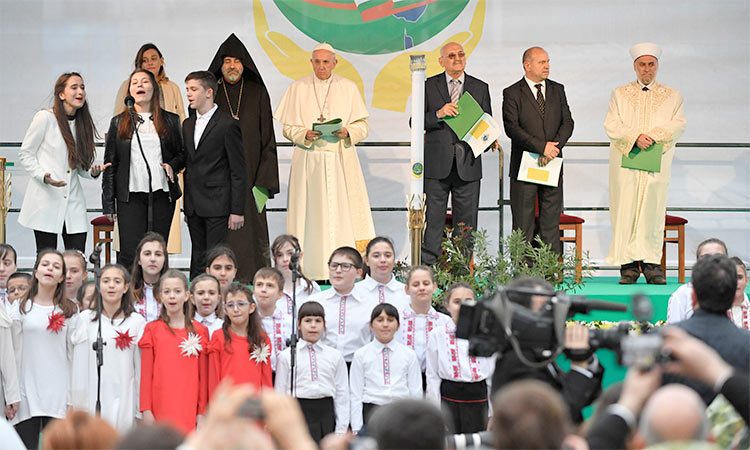 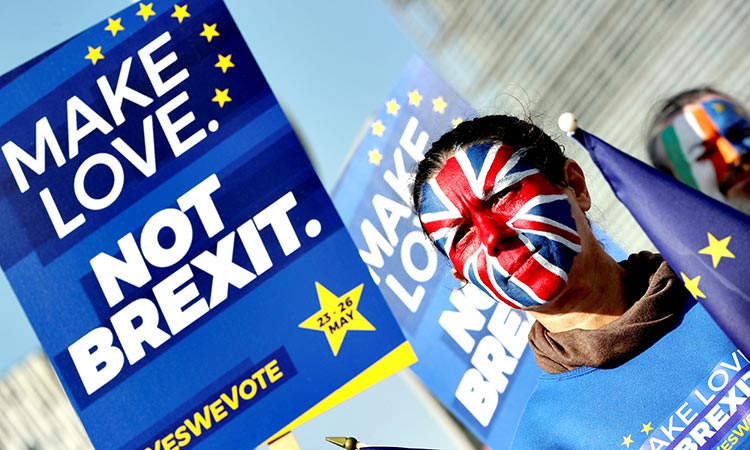 One of the biggest issues concerning the government is what to do about asylum seekers crossing the English Channel. About 8,460 made the crossing in 2020, but more than 23,000 have done so this year. The government has undoubtedly