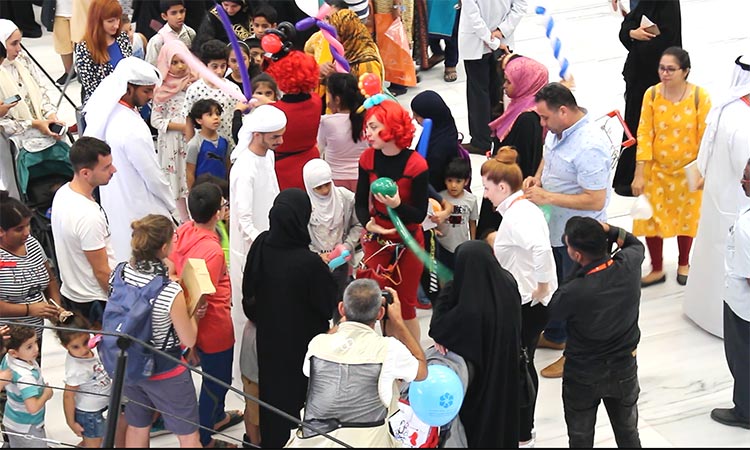 A view of the Sharjah International Book Festival.

The UAE could be called a nation of superlatives. There is perhaps no country in the world that can match its trendsetting achievements. It has the tallest tower block in the world, the largest dancing fountain show, the world’s fastest roller-coaster, the globe’s largest shopping mall, the most leaning tower in the world – the list goes on. It is heartening to note that one more landmark feat has been added to its dazzling list: the 40th Sharjah International Book Fair (SIBF) is the world’s largest book fair for the first time since its inception in 1982.

The pandemic may have considerably dented the publishing industry in the region, but thanks to the efforts of entities such as the International Publishing Association, under the strong and able stewardship of Sheikha Bodour Bint Sultan Al Qasimi, the dire conditions of the publishers have improved.

The SIBF’s global recognition follows the success of one of the book fair’s professional programmes – the SIBF Publishers Conference – whose 11th edition held in the emirate in the leadup to the book fair surpassed every international book fair held this year to attract the participation of 546 publishers and literary agents from 83 countries looking to network, matchmake and do business with each other.

As the global publishing industry looks towards boosting efforts for its post-Covid recovery, the multitude of commercial prospects presented by SIBF’s robust professional programme has proved to be even more desirable by industry stakeholders for both business interactions and knowledge exchange. Furthermore, the volume of participation in the SIBF Publishers Conference has played a key role in further diversifying the type and quantity of content that publishers have brought to this leading international book fair.

Held under the theme ‘There’s always a right book’, SIBF has been leading international efforts to enable the publishing industry chart its post-pandemic recovery and earned global recognition for organising the 39th edition successfully during the pandemic. This new record reflects the fruition of SIBF’s efforts and a qualitative step towards the full recovery of the publishing and creative industries worldwide.

Commenting on the achievement, Ahmed Bin Rakkad Al Ameri, Chairman of SBA, said: “The new SIBF record is a local, regional and international achievement that could not have been realised without the continuing support of His Highness Sheikh Dr. Sultan bin Muhammad Al Qasimi, Supreme Council Member and Ruler of Sharjah, who firmly believes that building strong societies and civilisations can only be achieved through knowledge and books.”

The 2021 edition of the cultural extravaganza, which runs from November 3 – 13, celebrates Spain as a Guest of Honour and brings together 83 authors from 22 countries. The SIBF agenda includes more than 1,000 activities, including 440 cultural sessions, in addition to 355 shows, performances, seminars as well as workshops for children.

The Sharjah book fair is one event which all residents, regardless of their nationality, religion or race, eagerly look forward to every year. It is the one cementing force that unites avid book readers and all literary-oriented people. Under the illustrious guidance of His Highness Dr. Sheikh Sultan Bin Mohammed Al Qasimi, Supreme Council Member and Ruler of Sharjah, the event has grown by leaps and bounds and has a huge footfall which is increasing every year.

It also has great resilience. Come what way, it has capitalised on the coronavirus. SIBF 2020 was the first global event that has succeed in an in-person and on-ground format as major events and fairs around the world were cancelled since March to contain the pandemic.

More than 100 Emirati, Arab, and foreign writers of fiction, non-fiction, poetry, science, academics, heritage, and other genres, signed their works for fans at the special Book Signing Corner set up at SIBF 2020. 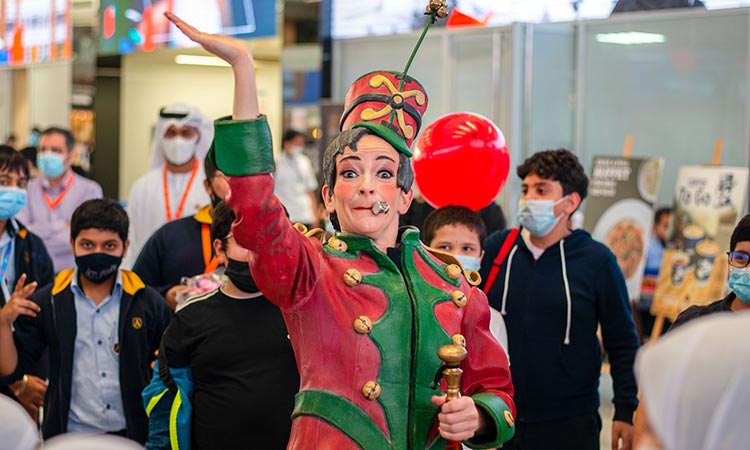 Surging visitor traffic at the 40th Sharjah International Book Fair at Expo Centre Sharjah has prompted an ‘orchestra conductor’ to step in and direct the smooth flow of visitors at the fair’s halls and pavilions.