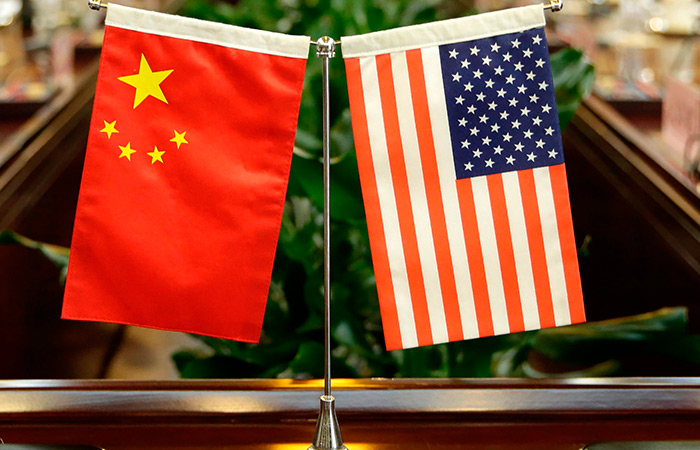 United States President Joe Biden in a CNN town hall meeting said that the United States would go to war to defend Taiwan if China were to launch an invasion. The president’s statement created a flutter. China’s foreign office responded sternly that Beijing would not tolerate foreign interference in matters concerning China’s sovereignty and territorial integrity. China’s stance has been that Taiwan is part of mainland China’s territory.

Meanwhile, the White House has issued a clarification that President Biden’s statement did not imply change in the American stance over Taiwan. The stated American stance has been that America would help Taiwan itself through supply of arms. In diplomatic terms, this has been called ‘strategic ambiguity’. China has said that it would want to resolve the Taiwan issue peaceably, and it would resort to invasion as a last resort.

The United States has of late felt the need to check the growing assertiveness and aggression of China in trade and diplomacy under President Xi Jinping through alliances in the Asia-Pacific, first through the formation of the Quad comprising the United States, India, Japan and Australia. Though the Quad is flaunted as a non-military bloc, the military exercises reveal that it is more than a trade and diplomatic alliance. Then Australia, the United Kingdom and the United States (AUKUS) has been formed with the express intent of providing Australia with nuclear submarines, making it explicitly a military affair. In the case of the Quad as well as the AUKUS, the implicit target is China.

China has warmed that groupings like the Quad and the AUKUS would destabilise the regional equilibrium.

Though the United States and China have emerged as the major rivals, they enjoy close trade ties, with huge economic stakes in each other country’s economies. There are huge Chinese investments in United States’ government securities while the American companies have large businesses inside China. And it is hard to imagine China and the United States going to war against each other whatever may be the hostile attitude of each to the other.

The rivalry between China and Russia seems most likely to be played out in extending each other’s influence. This can be seen immediately in how China moved into the strategic vacuum created in Afghanistan by the withdrawal of American troops. China has managed to reach a strategic compromise with the ruling Taliban whereby the militant group has assured that it would not support Islamic insurgency in Chinese Turkestan. China is also consolidating its influence in Iran, which has been the bete noir of the Americans in Western Asia. China is thus countering in its way the American moves of building anti-China alliances.

But Taiwan remains the flashpoint between the two powers. From 1949 when the communists took over China to 1972 when American president Richard Nixon visited Beijing and met Mao Zedong, Taiwan occupied the permanent seat meant for China at the United Nations Security Council. It was indeed a diplomatic oddity that the government in Beijing representing the overwhelming majority of the Chinese was denied a place in the United Nations and the Security Council. The American overture towards Beijing in the early 1970s was a Cold War tactic to take advantage of the hostilities between the then Soviet Union and China.

Nearly 50 years later, China and Russia have come together though Russia is not a communist country that it was once and the Chinese communists are willing to do business with the nationalist government of Russian President Vladimir Putin with his conservative, Russian Orthodox Church leanings. And America is reaching out to countries like India in its bid to contain China.

The confrontation over Taiwan between China and the United States is unlikely to break into an open war, and China is unlikely to invade Taiwan. But Taiwan will continue to be the source of tension in the world, much more perhaps than even North Korea. For China, Taiwan is a matter of sovereignty as has been Hong Kong. It will not allow an independent Taiwan. There would be need of a compromise like ‘One Country, Two Systems’ as it was in the case of Hong Kong, or it has be an autonomous territory as in the case of Tibet. For the United States, it needs a respectable and credible exit from its commitment to defend Taiwan.