Sri Lanka teeters on the brink of anarchy - GulfToday

Sri Lanka teeters on the brink of anarchy 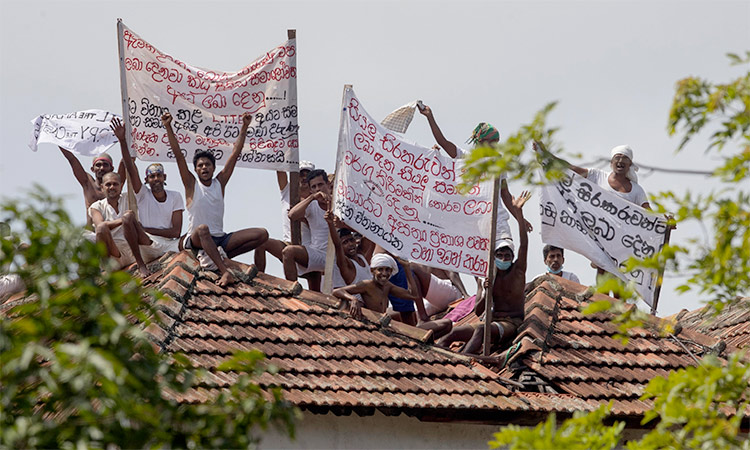 In stateless societies, the rule of law is usually suppressed. In such societies, people turn into unfree pawns as a result of worsening political conditions.

The arrival of anarchy to the island nation of Sri Lanka is due to a series of factors. It is mainly driven by the worsening domestic political environment, curtailment of democracy, weaponising and the exertion of undue influence on courts and Judiciary.

The recent political victimisation of neutral agencies is an attempt to rewrite rules by its politicians. In this backdrop the growing human rights conditions and arbitrary pardoning of criminals will weaken the rule of law. Such a dangerous tilt, away from democratic forms of governance will drag the nation towards an autocratic footing.

Sri Lankans were confined to their homes during the lockdown following the government’s ‘disciplinary project’, while the government was engaged in releasing a convict using a prison side door.

“The pardoning of Duminda Silva, whose conviction the Supreme Court had upheld in 2018, undermines rule of law,” explains US Ambassador to Sri Lanka Alaina B Teplitz, referring to the Presidential pardon given to the former Member of Parliament and ally of President Gotabaya Rajapaksa. The former Justice Minister Thalatha Athukorala questions, “Today, those found guilty of the most serious crimes in our law enjoy presidential protection while the judges and police officers who brought them to justice have targets on their backs.”

The Presidential pardon comes when the Sri Lankan government faces multiple challenges, especially weeks before the European Union (EU) has pinpointed the abuses of the Prevention of Terrorism Act (PTA) and growing human rights concerns in the country.

A warning to withdraw its GSP+ concession is already on the table. The Office of the UN High Commissioner for Human Rights (OHCHR) condemning the decision expressed concern that “Presidential pardon of Duminda Silva, a former MP convicted of the murder of a fellow politician, is another example of selective, arbitrary granting of pardons that weakens rule of law and undermines accountability.”

Sri Lanka’s Bar association (BASL) questioned President Rajapaksa on the decision of the selection method and raised severe concerns on the administration’s position towards rule of law. The decision from the government was not an ad hoc decision. The release was carried out along with the release of several other PTA detainees. Why was such a decision taken especially at a time of significant external pressure?

Human Rights Concerns: In a lengthy televised address on June 25, days after the release of the former MP, Rajapaksa stated his progress in his development plan and continuous commitment to rule of law, not referring to the PTA nor the pardoning act. The new European Union Parliament adopting a resolution to withdraw the Generalised Scheme of Preferences (GSP+) is a clear warning to the Sri Lankan regime.

European Parliament adopted a resolution on June 10 calling for the repeal of Sri Lanka’s draconian Prevention of Terrorism Act (PTA).

Further, the resolution highlights Sri Lanka’s ‘alarming path towards the recurrence of grave human rights violations…accelerating militarisation of civilian governmental functions, the reversal of important constitutional safeguards, political obstruction of accountability, exclusionary rhetoric, intimidation of civil society, and the use of anti-terrorism laws’.

The regime has failed to address the human rights concerns adequately highlighted multiple times, and procrastination in its process is the reason for this action by EU Parliament. Earlier in March, the government rejected the UNHRC resolution, giving a clear signal of the government’s position of ‘no external interference’ towards the reconciliation process.

Ironically the real concern of many in the country is the absence of a reconciliation process. The departure from the internationally accepted process and continuous denial by the state on minority concerns is evident. The government has already lost its direction from a progressive path towards a more autocratic posture. The government’s denial and non-commitment will worsen the relationship with the EU and other western democracies.

GSP Benefits: Nearly 60 per cent of Sri Lankan exports benefit from preferential terms of trade from the EU’s GSP+ and US GSP schemes. The EU is Sri Lanka’s largest export market with 30 per cent of the total, while the US is the largest single export market at 27% of the total merchandise exports. Sri Lanka’s exports, including apparel, fisheries, ceramic, and rubber that uses the GSP concession, will be directly impacted. Sri Lanka has duty free access to 7, 200 products with the EU GSP+ Concession. It is estimated that the withdrawal of this concession would wipe out a significant chunk of foreign exchange earned through exports.

The present state of the economy with the pandemic has been a challenge to Sri Lankan exports ‘especially to the apparel industry’ admitted even by President Gotabaya in his recent address, and GSP withdrawal will add significant pressure to the Sri Lankan economy.

The government’s senior Ministers have ignored the GSP+ withdrawal warning saying that they are ready to move forward without the concession.

Democratic Stability: President Gotabaya’s regime has developed a norm towards weaponizing unfavourable outcomes towards their favour catering to the majoritarian Sinhalese Buddhist voter base. The outcome at the UNHRC resolution in Geneva in March, the EU GSP+ saying we can do without it or releasing a convicted parliamentary member for murder in the name of justice, is a move in the same direction. The political strategy of this administration is to cater to the majoritarian voter base by making claims of protecting the nation’s sovereignty from foreign interference. This narrow minded political strategy does not fit all cases when certain decisions have no relevance. The very act of convicting one regime and arbitrary pardoning from another regime is a sign of weakness, not a strength in the process. According to a senior political scientist in Sri Lanka, “in the coming months, Sri Lanka’s judicial sector will undergo significant reforms along with continuous interference despite a promise to amend the constitution”.

When assessing Yale Professor Juan Linz’s work on ‘The Breakdown of Democratic Regimes’ and ‘How regimes paint a rather bleak picture of their ability to survive’, the Sri Lankan case provides ample evidence of the regimes domestic political behaviour to survive.

The public’s loss of trust in its democratic institutions is a visible characteristic that can have a long-term impact on the country’s stability. An essential ingredient according to Linz is ‘the belief in the legitimacy of democratic institutions as a factor increasing the likelihood of stability in a democracy’. The coming anarchy to the entire nation is in the breakdown of its democracy. This for sure will worsen economic conditions. 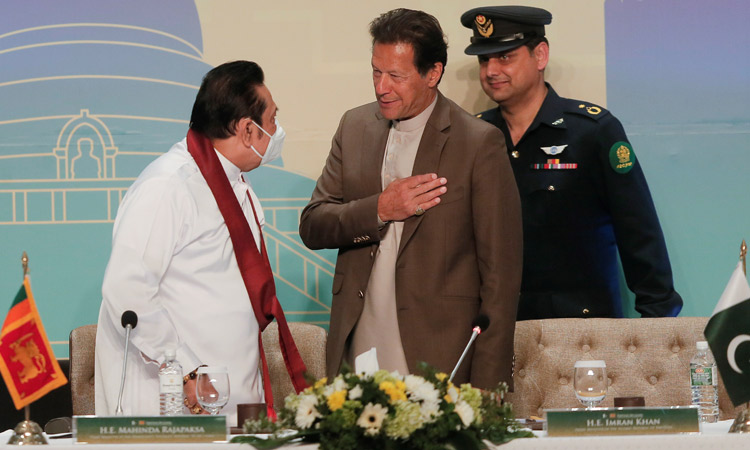