Only peace can stop the rise in refugees’ number - GulfToday 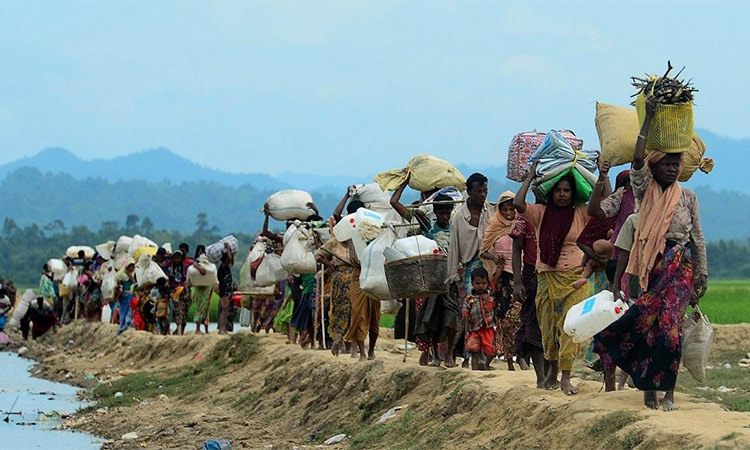 The UN said recently that an estimated 100,000 people in Myanmar’s Kayah state had been displaced by fighting. AFP

It is really unfortunate that the number of refugees is growing daily across the world. There seems to be no end to it.

The latest country to add to that unmanageable and sad growth is Myanmar.

The United Nations said recently an estimated 100,000 people in Myanmar’s Kayah state had been displaced by fighting that included “indiscriminate attacks by security forces” in civilian areas.

“This crisis could push people across international borders seeking safety, as already seen in other parts of the country,” the UN said in a statement. It urged all parties involved to “urgently take the necessary measures and precautions to protect civilians and civilian infrastructure.” Myanmar defended the junta’s plan for restoring democracy, the state media reported, after a meeting at which his counterparts from Asean (the Association of Southeast Asian Nations) member states pressed the junta to honour a consensus agreement to halt violence and start dialogue with its opponents and stem the outflow of scared residents.

The foreign ministers expressed disappointment at a meeting in China with Myanmar’s “very slow” progress in implementing a five-point plan that it agreed to, by consensus, at an Asean summit in April. State media cited the junta’s envoy, retired army colonel Wunna Maung Lwin, as telling the meeting the military had made progress on its own five-step road map, unveiled after the coup.

That plan has few similarities with the Asean blueprint and centres on investigating alleged fraud in November’s election, managing Myanmar’s coronavirus epidemic and organising another election, after which the junta has promised to cede power. “The minister apprised the meeting that the only way to ensure the democratic system that is disciplined and genuine was through the five-point future programme that was declared in February,” the daily Global New Light of Myanmar reported. The military has defended its takeover by saying that the old election commission ignored its complaints of fraud by Aung San Suu Kyi’s ruling party. Wunna Maung Lwin met his Chinese counterpart, Wang Yi, and told him Myanmar was “committed to maintaining national stability and social tranquillity,” according to a statement by China. Wang said the Asean plan should be implemented, violence avoided, stability restored and the democratic process restarted, the statement added. This will also check the fleeing of citizens.

The UN said those who had fled Kayah urgently needed shelter, food, water and healthcare, and urged security forces to let aid workers and supplies through.

The leaders of Myanmar have to remember that the strife has to end otherwise the overburdened UN (it is dealing with 21 million refugees) will be saddled with the painful task of dealing with people escaping the violence. It is something they can stop. Conflict prevention should be the most important goal so that people would not need to flee their homes.

The UN is finding it increasingly difficult to cope with the problem.

The UN refugee agency saw millions of dollars’ budget shortfall that forced it to cut back programmes and staff from Africa to Central Asia to South America.

Governments needed to do more. Helping refugees and protecting them is a moral and legal obligation, rather than an optional act of charity. We do recognise that the burden has to be shared fairly, but the practice of some countries to close their borders to refugees is cruel. While lack of money to help refugees is a major concern, the forced return of refugees to their home countries is also worrisome.

The bad news is that developed countries, particularly those in Europe, are cutting back in refugee aid.

They are our fellow human beings and need all our support because they are being made to pay the price for the games the powerful play. 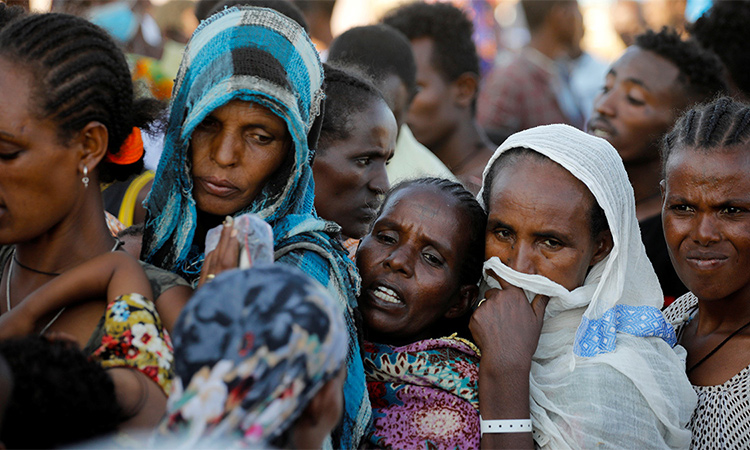 A new study on Ethiopia’s conflict-ridden Tigray region has come out with some alarming statistics. Babies in the region are dying in their first month of life at four times the rate before the war cut off access to most medical care for over 5 million people, according to the most sweeping study yet of how mothers and children are suffering.