The chasm between Beijing and the West gets wider - GulfToday

The chasm between Beijing and the West gets wider 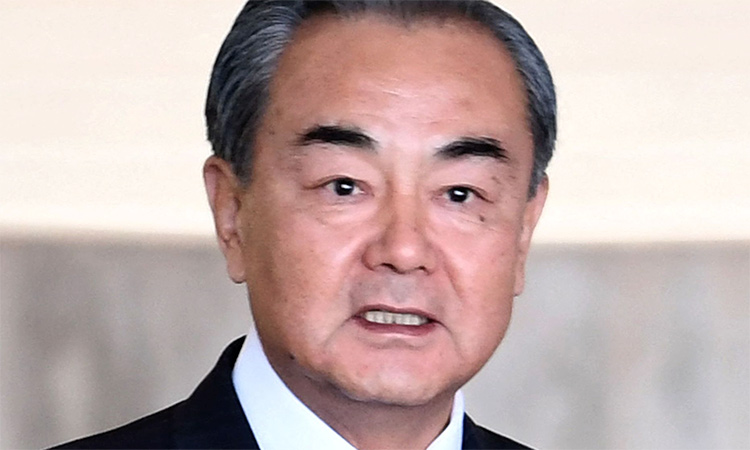 It only took one meeting for hopes of a reset in US-China relations under a Biden presidency to evaporate — instead alliances are fast forming on either side of an old dividing line: democracy.

The mood music ahead of the mid-March meeting in the Alaskan town of Anchorage between the two countries’ top diplomats was upbeat, but their meeting quickly collapsed into mud-slinging in a pattern that has not let up since.

Instead, the US has cosied up to its ‘Quad’ allies in China’s backyard — Japan, India and Australia — while cajoling the EU, UK and Canada into aiming sanctions at Chinese officials over their treatment of Muslim minorities in the Xinjiang region.

China has swung back with tit-for-tat sanctions of its own against several European Union and UK lawmakers, while sealing deals with Iran and reaffirming friendships with Russia and North Korea.

That has opened up a chasm between Beijing and the West, one increasingly explained in ideological terms but framed by bigger fears of competition over tech, trade and defence. “We are heading towards a bipolar order and a new Cold War between the ‘good guys’ and the ‘bad guys’,” said Jean-Pierre Cabestan, political science professor at Hong Kong Baptist University.

Biden is hankering after allies to counterbalance China’s rise, a departure from the unilateral actions and trade wars of the Trump era, with human rights and democracy emerging as galvanising causes for the new anti-Beijing bloc.

“There is a new sacred union of democracies on (the issues of) Xinjiang, Hong Kong, human rights in China,” Cabestan said.

On Tuesday, Secretary of State Anthony Blinken again labelled China’s treatment of its Uyghur population a “genocide” and vowed to rally allies to the defence of human rights.

In the first face-to-face meeting between China and US diplomats on March 18 in Anchorage, Alaska, civilities quickly fell aside. China’s top diplomat Yang Jiechi furiously attacked US Secretary of State Antony Blinken, saying the United States “does not represent international public opinion, and neither does the Western world.”

Foreign minister Wang Yi has since embarked on a frenzy of friend-making, largely with countries also at loggerheads with the West and the US in particular. Russian foreign minister Sergey Lavrov was received in China last Monday in a meeting which saw both countries agree that “there is no single model for democracy”.

Wang followed up with a tour of Turkey, Iran and Saudi Arabia, where he received Crown Prince Mohammed bin Salman’s support for China’s policies in the Xinjiang region. “Beijing is demonstrating that it has friends and other options,” said Bonnie Glaser, Senior Adviser for Asia at the Washington Center for Strategic and International Studies (CSIS).

On the US side, the Anchorage talks followed a virtual summit Biden held with India, Australia and Japan under the “Quad” framework, an informal alliance intended to counterbalance China’s influence in the Asia-Pacific.

Blinken continued his diplomatic charm offensive in Brussels, where he promised to rebuild the US alliance with the EU against China and Russia. At the same time, the US, EU, Britain and Canada announced co-ordinated sanctions against a handful of senior Chinese officials deemed responsible for rights abuses in Xinjiang.

These sanctions provoked the fury of Beijing, which took similar measures and then supported a boycott of several western clothing brands, saying that it had no lessons to learn in the area of human rights. The collapse in relations has seen China’s diplomats launch indignant -- and at times bizarre -- attacks on their rivals. But behind the angst-ridden rhetoric, redemptive notes from the Anchorage meeting have flickered on Chinese state media. And one expert said there remain hopes for a potential rapprochement over larger shared interests such as climate change and vaccines.