Treatment can pose hazards for migrants to Europe - GulfToday 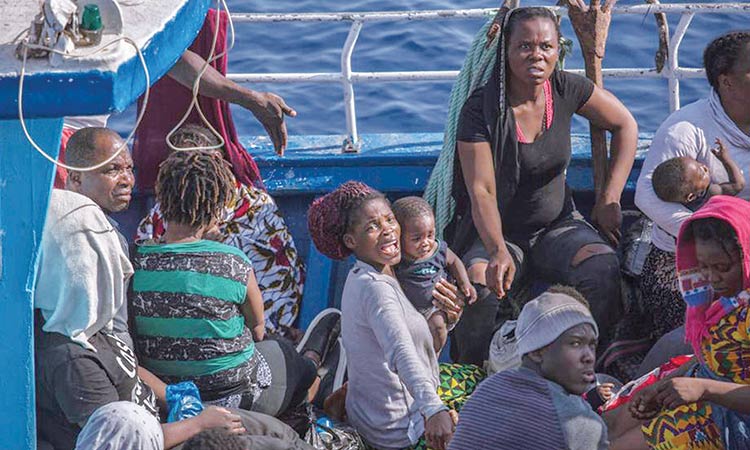 A 2019 report quoted a European human rights watchdog slamming living conditions as “horrible” for thousands of asylum seekers in overcrowded Greek camps, including waits spanning several hours for food and toilets and a lack of access to medicine.

Hundreds of people, including some children, have tried to cross the English Channel to southern England from makeshift camps in northern France this month – many navigating one of the world’s busiest shipping routes in overloaded rubber dinghies.

Who can forget the utterly heart-wrenching picture of Syrian boy Aylan Kurdi washed up on a beach? Now the coronavirus has only made things worse for the migrants.

Migrant workers in Asia are being locked up and abandoned by employers even as countries ease coronavirus curbs, say human rights groups.

The warning came after more than a dozen workers from Myanmar were dumped by the roadside in Thailand following a ban on the movement of migrant workers in and out of certain areas because of a COVID-19 outbreak.

In Singapore, where cramped dormitories were a virus hotspot, migrant workers are still largely confined to their rooms even as authorities have eased restrictions in the city.

Now migrants in Latin America are no better. They are likely to be left out of the race for inoculation.

As Latin American nations start to launch mass COVID-19 inoculations, after more than 500,000 deaths, rights groups fear some five million Venezuelan migrants and refugees living across the region will be last in line – or could miss out altogether.

Colombian President Ivan Duque has said the nearly one million undocumented Venezuelans in Colombia, which has registered 50,000 coronavirus deaths, will not be eligible for a vaccination when the rollout is due to begin next month.

In the Dominican Republic, which hosts hundreds of thousands of undocumented migrants from Venezuela and Haiti, President Luis Abinader said vaccine shots would not be given to anyone without residency papers.

Among the most at risk from missing out on vaccination are those Venezuelan migrants on the move -- many trekking thousands of miles (kilometres) across South America on foot.

Aid groups worry that other undocumented migrant workers across the world, including in the Middle East, Africa and Southeast Asia, are also hard to reach and risk being left behind.

Ensuring refugees and migrants get vaccinated is key to ending the pandemic through herd immunity, which requires a large portion of a community developing a degree of immunity to a virus either through natural infection or vaccination.

In Singapore, the junior minister for manpower Tan See Leng said last month migrant workers would receive the vaccine free of charge, just like all other citizens and long-term residents.

In Bangladesh, “excluding Rohingya refugees from vaccination plans carries the risk of ongoing transmission in these populations, with spillovers into the national population,” said UNHCR spokesman Mostafa Mohammad.

In Jordan, a major host country for about 750,000 refugees, including many from Syria, refugees have fared better.

Last week, it became one of the first countries in the world to immunize refugees as part of a national vaccination programme open to anyone living within its borders regardless of their immigration status, according to the UNHCR.

The migrants’ condition cannot be ignored by the international organisations. Undocumented workers have to be inoculated, or else the health risks in the time of the pandemic are far too great. The number of casualties could spiral beyond control.