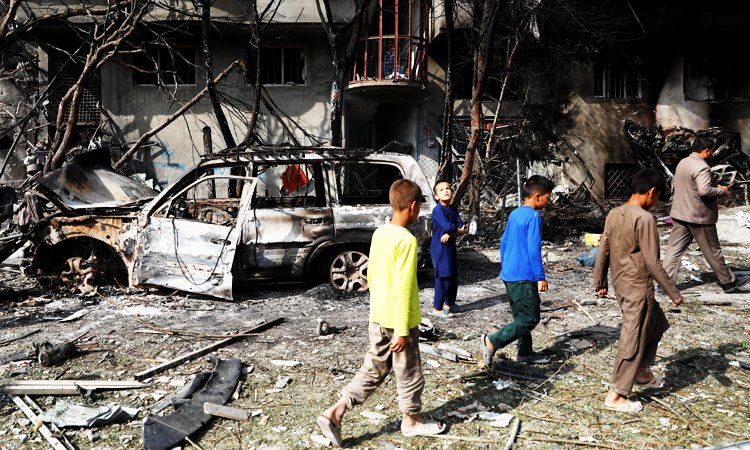 The latest news of separate terrorist attacks that killed the innocent people in southern Uruzgan province in Afghanistan is really painful (“23 killed in separate attacks in Afghanistan,” Jan. 8, Gulf Today).

The attacks left at least 23 civilians and security forces dead, officials said on Thursday, even as Afghan negotiators were in Qatar to resume talks with the Taliban aimed at finding an end to decades of conflict.

After fighting more than 18 years of war, on February 29, 2020, the United States and the Taliban signed an agreement intended to be the first step toward an intra-Afghan peace deal. Important provisions of the deal included a US commitment to eventually withdraw all US and foreign troops from Afghanistan, a Taliban pledge to prevent Al Qaeda and other terrorist groups from using Afghan territory to threaten the United States and its partners, and a promise by both sides to support intra-Afghan peace negotiations.

But the outcome of the peace deal showed nothing on the ground. Afghanistan is still a battleground between the rival parties.

It seems that the peace deal between the United States and the Taliban has completely failed. There is no sign of reduction in violence despite the deal.  According to the reports, in an attack, the Taliban killed six security personnel, destroyed two military vehicles and weapons and ammunition from the checkpoint were seized by the insurgents. The Afghan government seems completely helpless to counter terrorist activities in the country. The government of Afghanistan must take strict action against terrorists to save the precious lives of the people of Afghanistan.

The war in Afghanistan has turned more deadly than ever, and now it is the need of the hour for the whole world to work together to bring about peace in Afghanistan.