Need to be prepared for long haul on border - GulfToday 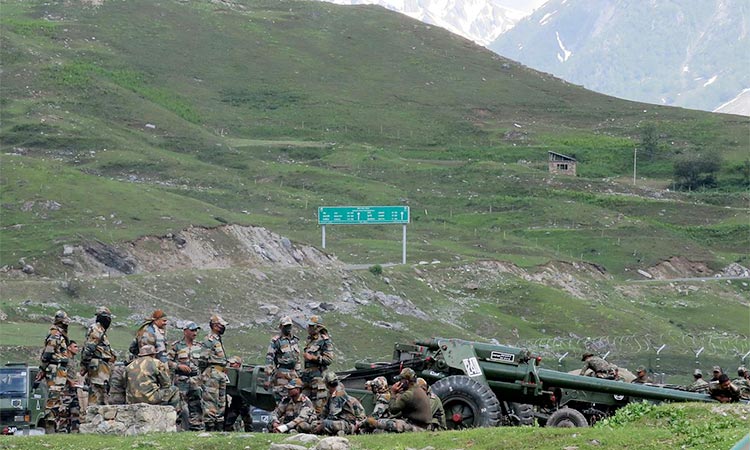 After a fierce physical fight on the undefined Ladakh border left many dead on both sides, India and China are trying to defuse the situation. The nasty clash, in which soldiers used rods, stones and bare hands, occurred even as talks were under way at the level of military commanders along the line of control, at the diplomatic level in the two national capitals and over the phone at the ministerial level. It may have been the result of premeditation at some level.

The world learned with amusement about the primitive if savage encounter between soldiers of two countries with nuclear arms. They did not use firearms in view of a prior understanding which bars patrol parties from opening fire.

There is a move to free soldiers from this restriction.

India acknowledged the loss of 20 soldiers, including a Colonel, but did not say how many were missing. The Chinese later returned 10 Indian soldiers they had captured.

China maintained total silence on its casualties. It did not even comment on reports which claimed that Chinese losses were heavier than India’s.

The two governments sought to impress upon their peoples that the clash was provoked by the other side and that they had given a fitting reply.

Both sides also sought to reassure their peoples that they would not concede even one inch of territory to the other.

These declarations set the tone for putting aside the gory event as if it were just a bad dream. Prime Minister Narendra Modi told an all-party meeting that Chinese troops had neither entered Indian territory nor captured any Indian post. The meeting extended full support to the government on the border problem.

However, some political leaders and commentators said Modi had endorsed the Chinese claim that Galwan Valley, where the clash occurred, was on their side of the LOC.

Some viewed Modi’s words as indicative of his readiness to appease the Chinese. The Prime Minister’s office accused them of giving his words a mischievous interpretation.

A media report said leaders of the Rashtriya Swayamsevak Sangh, the power behind the Bharatiya Janata Party, were surprised by Modi’s statement but they had since been assured that the situation in that area was very much in India’s favour after the completion of a 60-metre-long bridge over Galwan River.

Obviously Modi is operating on an extremely difficult political terrain.

The mass media, especially the raucous television channels, are unabashed Modi devotees. But the guests on their discussion panels, particularly former army officers, often make things difficult for him with jingoistic remarks.

The border flare-up has come at an inconvenient time for Modi and President Xi Jinping. Both leaders are facing difficulties at home. The corornavirus pandemic have dented their images.

Some analysts have suggested that China may have activated the border issue as a diversion from the pandemic-related accusations against it and the trade dispute with the United States. The theory appears to be far-fetched as China cannot be unaware that such a diversion will only drive India closer to the US.

The trouble on the border has cast a shadow on Sino-Indian economic ties. A few restaurants, mostly run by immigrants from Guangdong province, were the only signs of Chinese presence in India at the time of the 1962 war.  They dropped ‘Chinese’ from their names to escape Indian fury.

Now a campaign to boycott Chinese products, actively promoted by BJP leaders and possibly backed by the government, is on. Since the Indian market is flooded with Chinese products and it may not be easy to find affordable substitutes for them, many doubt if the campaign will succeed.

China clearly is no hurry to settle the border dispute. This means India has to be ready for a long haul.

Himal Southasia, a respected regional publication, recently quoted Arunabh Ghosh, a historian of modern China, as saying a glaring and embarrassing characteristic of the Indian strategic studies community is its illiteracy.

He was alluding to the experts’ lack of knowledge of the Chinese language which makes them rely on Western sources for their understanding of China.

Chinese scholarship on India is probably only marginally better, if at all.

Army men tend to imagine they are the sole defenders of the nation’s borders. Crucial as their role is, they come in only as the last resort. Borders are best secured through good neighbourliness and robust diplomacy.