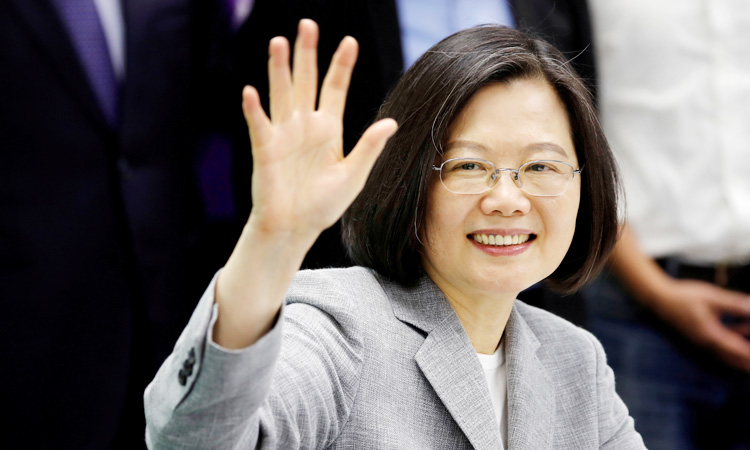 A dramatic election that produced a stunning victory for democracy got too little attention here last weekend, as Americans focused on Iran and impeachment. In a blow to Beijing, Taiwan’s voters decisively reelected Tsai Ing-wen, a tough female president who rejects China’s demand that her island democracy unify with the mainland.

Angry Chinese officials insisted the unification of the island with the communist mainland was “inevitable.” This, despite the failure of military intimidation, economic incentives and rampant election meddling to convince the Taiwanese public.

US policy since 1979 has been to dissuade Beijing from forcefully seizing the island, and to provide Taiwan with defensive weapons to make that less likely. But Taiwan’s fate is the issue with the most potential to spark a military confrontation between Washington and Beijing.

So it’s time for Americans to pay more attention to Taiwan’s ongoing struggle to preserve its democracy against an authoritarian Beijing regime.

On a trip to Taiwan and Hong Kong in November, I was impressed at the impact Hong Kong’s pro-democracy struggle had made on Taiwan, despite differences in population and history.

Initially a military autocracy, that government evolved into a raucous democracy. The capital, Taipei, is far less ostentatiously wealthy than Beijing or Shanghai, but rich in good eateries, universities and a great national museum. Skilled at small business and advanced technology, its 23 million people have lived in a gray zone, considering themselves separate from China, but never declaring full independence lest Beijing attack.

Tsai Ing-wen has walked a careful line, insisting the self-governing island was sovereign, but not declaring independence. “We don’t have a need to declare ourselves an independent state,” she told the BBC after her reelection. “We are an independent country already and we call ourselves the Republic of China (Taiwan).”

The far more glitzy and multinational Hong Kong was returned to China by Britain in 1997 under a formula known as “one country, two systems” by which Beijing was supposed to permit Hong Kong to retain rule of law, an independent judiciary and increasingly free elections for 50 years. But China has consistently reduced Hong Kong’s freedoms, leading to the ongoing protests.

Tsai’s campaign was faltering before the Hong Kong demonstrations — with pro-Beijing politicians gaining. But her polls soared as China cracked down on young Hong Kongers. “China was trying to use Hong Kong as a model, but we see it is a fake,” I was told by Wang Ting-yu, chairman of the Foreign and Defense Committee of the Taiwanese parliament. “Taiwanese don’t believe in ‘one country, two systems.’ Democracy cannot exist under the Chinese system.”

Of course, Beijing has shown no interest in winning hearts and minds. Had it done so, the situation in Hong Kong could have been calmed months ago, with the appointment of a truly independent commission to look into police violence against protesters.

Now the question is whether Xi Jinping will pay any attention to hearts and minds in Taiwan — and the young people there who increasingly identify there as Taiwanese rather than Chinese.

So far no sign he will do so, preferring to flaunt military might designed to intimidate Taiwan. Beijing will also pressure or bribe the remaining 15 nations that still recognise Taiwanese sovereignty to withdraw their embassies. And it is unlikely Xi will renew a cross-straits dialogue with Tsai’s government that Beijing broke because she would not recognise “one China.”

Xi has pledged to “reunify” the island with the mainland by 2049, the centennial of the PRC’s establishment, but some analysts believe he might use force to do so, sooner, while he is president. Others believe China has so many more pressing problems he will refrain.

The Trump administration has sold Taipei billions worth of defensive weapons, and effusively congratulated Tsai on her reelection. Secretary of State Mike Pompeo commended her for maintaining stability with Beijing “in the face of unrelenting pressure.”

But the United States has no formal defence pact with Taiwan, and no one is certain what President Trump would do if China attacked the island. The United States, along with other democracies, must make clear to Beijing that any such attack would make it a pariah. They must also encourage Tsai Ing-wen to stay in the gray zone: a sovereign democracy short of independence that gives Beijing no pretext to attack. 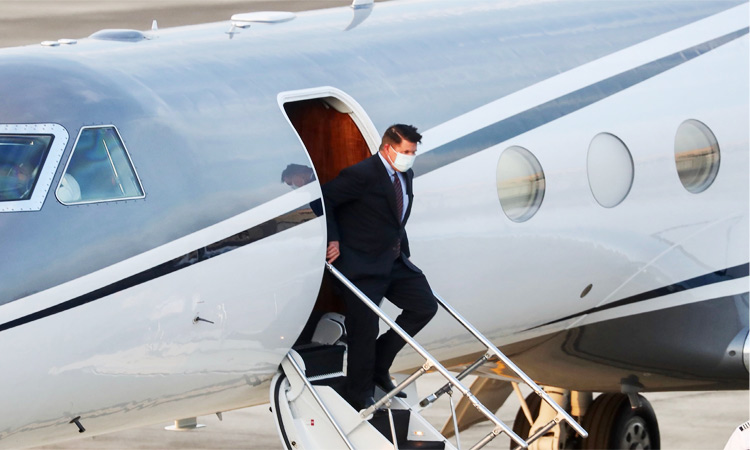