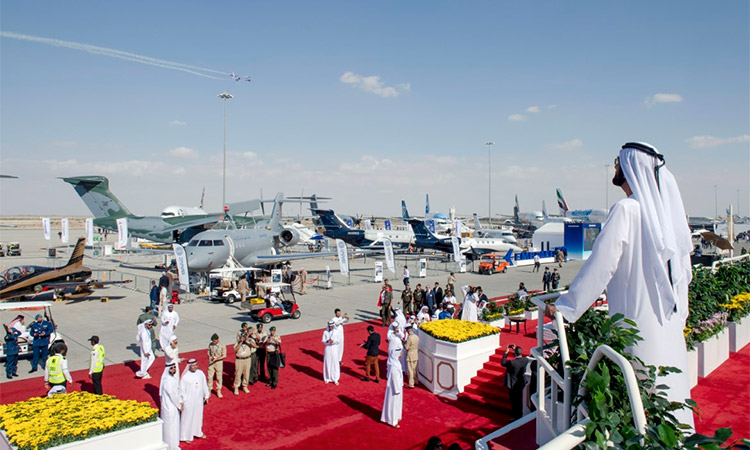 The world of aviation has once again showed its confidence in Dubai Airshow. WAM

Dubai has every reason to feel on top of the world. The roaring success of the latest edition of the Dubai Airshow proves that the mega event is a perfect platform for new ventures, innovations and ideas.

So much so that Major General Pilot Ishaq Saleh Al Blooshi, Deputy Executive Director of the Military Organising Committee of the Dubai Airshow 2019, has revealed that the committee has already started receiving bookings from exhibitors wishing to participate in the 17th Dubai Air Show 2021.

The total number of applications made by companies is estimated to account for 60 per cent of the total area of the current exhibition, which reflects the UAE’s leading international role in shaping the future of the military and civil aviation sectors.

Exhibitors, delegates and sponsors alike have hailed the show as a success, as a lively week of trading came to a close.

With more than 1,288 exhibitors in attendance, 161 aircraft on the event’s static display, and a packed schedule of conferences and keynotes, the programme was the show’s busiest to date – as evidenced by the footfall of 84,043 trade attendees.

Sales were also booming, with the order book on site reaching $54.5 billion by close of business.

Among those taking stands were 100 new exhibitors, including Saudi Arabia’s The Helicopter Company, which was also a key event sponsor. CEO Yahya Homoud Alghoraibi said the firm’s first show had been “very successful”.

Also making its debut this year was EDGE, a group comprising 25 local entities working in five aerospace capability clusters, which launched shortly before the show.

Among the firms sitting under the EDGE umbrella is Al Tariq, and its CEO Theunis Botha has stated that the Dubai Airshow had been a great way to establish the brand’s presence in the region.

The magnitude of success of the event could also be gauged by the fact that the total military deals made at the end of the fourth day of the airshow amounted to over Dhs17.81 billion, which exceeds the value of contracts signed during its previous edition.

Incidentally, the Dubai Airshow has recorded total deals of over $639.3 billion in ten editions over 18 years, highlighting the UAE’s leadership in shaping the global aviation industry.

Recognising that collaboration will be key to the success of any future moves into the field of space exploration, from the UAE’s National Space Strategy 2030 to the Mission to Mars project, Dr. Eng. Mohammed Nasser Al Ahbabi, Director General of the UAE Space Agency, has well pointed out that any initiative of the UAE’s was an initiative for the whole of the Arab world.

The Space Tech Talks conference was taking place for the first time amid a Dubai Airshow programme that has this year given increased spotlight to the region’s momentum in the space sector, with Monday featuring a Women in Space programme that looked at the future of diversity in the region.

“As we close #DAS19, #DubaiAirshow saw a total of 84,043 visitors with a closing order book of USD 54.5 billion! Thank you so much for making this edition a huge success,” revealed a tweet message by the organisers.

The organisers of the leading aerospace event in the Middle East and the fastest growing airshow in the world have every reason to cheer. 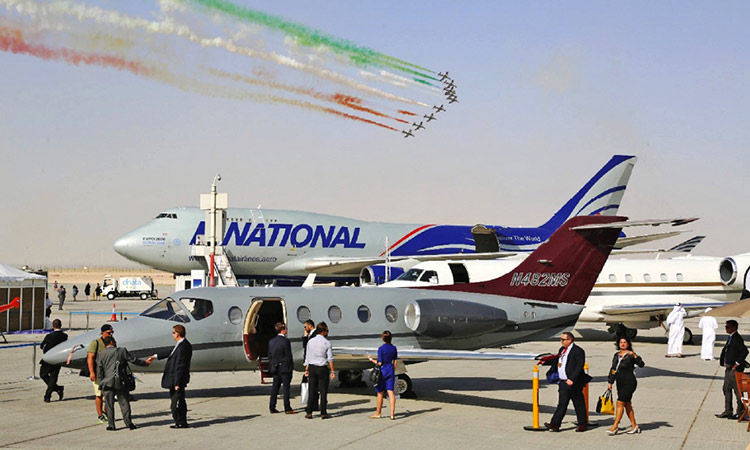 Dubai Airshow is set to highlight the growth in business aviation and provide a platform for industry experts to shape the future of the industry with the deployment of ground-breaking technologies.