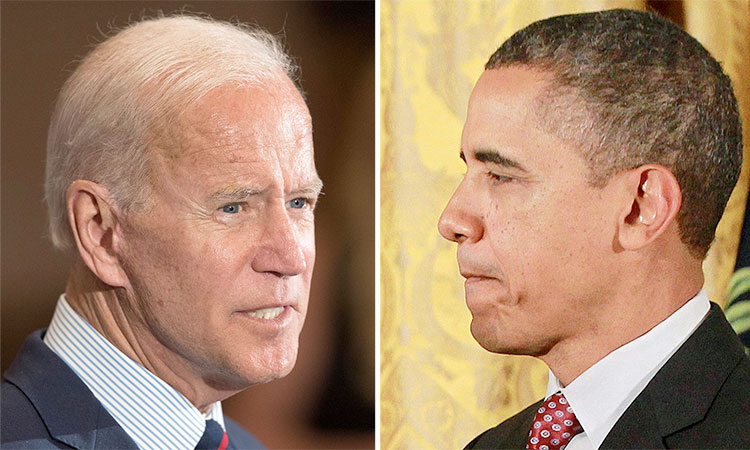 The Democrats must defeat Trump. This is not just a political objective; it is an existential necessity. Four more years of Trump is almost beyond comprehension. Everything must yield to that imperative. And so Joe Biden must go. No, it is not fair — it is just necessary.

The justification for Joe Biden’s candidacy was that he could beat Trump. He could win in the Rust Belt. He is a safe pair of hands, a return to normalcy after the exhausting chaos of every day with President Trump. For that objective, we could put aside the Anita Hill hearings, the Iraq War vote, the dog-whistles on busing, the profile in something less than courage. He could turn out African American voters, more even than African American candidates. And he could bring working class whites, the Reagan Democrats who put Trump in the White House, back to the Democratic column, meaning that Pennsylvania, Wisconsin, Michigan, maybe even Ohio might return to the fold.

That justification has gone. Candidate Biden is a hologram, an outdated image of the Joe Biden of more than a decade ago, who was then Barack Obama’s wise adviser and helpmeet. He has visibly aged. He is no longer just the affable, somewhat goofy Biden, but instead, he is a shaky, uncertain, forgetful messenger.

Were the vagaries of age the only issue, perhaps the Democrats could soldier on with old Uncle Joe. But now we have the irony of an accusation of corruption and criminality by the master of projection Donald Trump. Why should the Democrats quail at Trump’s deliberate and baseless attempt to slime the candidate that he views as his most problematic opponent?

There is nothing criminal about Hunter Biden taking a job in Ukraine for which he appears to have had no qualifications. And $50,000 per month, although a great deal of money, is chump change to the Trump children and in-laws, who appear to be manifestly unqualified for most jobs, especially senior advisors to the President. Nor was Biden’s 2013 opening of a hedge fund whose largest investor was the Chinese-government owned Bank of China against any law or regulation.

Nevertheless, Hunter Biden’s career as a Ukrainian gas executive or Chinese-backed private equity mogul is the same old story of powerful politicians’ family members cashing in on their derivative fame. Some of us are old enough to remember a long cast of ne’er-do-well relatives, from Donald Nixon to Billy Carter to Roger Clinton to Neal Bush. Trump promised to drain the swamp, but he has flooded it to the point that the muck threatens to engulf us all. Being called corrupt by Trump is like being called ugly by a frog. But Trump is not trying to convince anyone that he is honest. He is trying to convince voters that everyone is corrupt: it’s all the same, my kids, Biden’s kids, it doesn’t matter. No one is pure and any attempt to make fine distinctions plays right into his strategy. He is trying to take corruption off the table as a voting issue. And the Biden issue lets him blur the narrative enough to do so.

Is this fair to Joe Biden, perennially the poorest guy in the Senate and a Vice President in one of the most corruption-free administrations in history? Of course not. But in 2020, corruption has to matter. It is a core issue that is threatening the future of our Constitutional structure.

There are plenty of other candidates, each with her strengths and weaknesses.  Democrats must select one for whom there is no sniff of the ordure of graft and grift that surrounds the Trump administration. We can take no chances or rely on fine distinctions. Joe has to go.