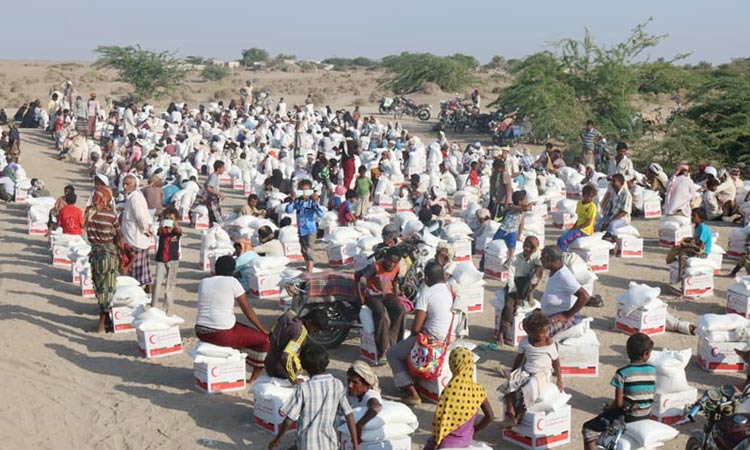 An amount of $40 million will also be focused on malnourished children, pregnant and nursing women.

The UAE has been continuously engaged in providing relief assistance and supporting the Yemeni people so as to alleviate the dire humanitarian conditions prevailing there.

The latest joint pledging of $200 million in relief assistance for Yemenis for the Holy Month of Ramadan by the UAE and Saudi Arabia is a timely gesture that will go a long way in eliminating the humanitarian suffering of the Yemeni people.

The benefit will be immense, as $140 million of the total amount pledged will be allocated to food aid and distribution via partner humanitarian organisations, including the UN’s World Food Programme. An amount of $40 million will also be focused on malnourished children, pregnant and nursing women.

As Reem Bint Ibrahim Al Hashemy, Minister of State for International Cooperation, points out, this is not just about money, it also has to be about hope, to ensure that all Yemenis achieve security and stability.

It is noteworthy that the entire exercise is transparent and non-discriminatory, with the aid covering all parties. The best example, as cited by Al Hashemy, is the UAE and Saudi Arabia’s efforts last month to ensure that 128,000 teachers received their salaries. The teachers were from across the whole of Yemen, including those in Houthi-controlled areas.

The UAE also deserves praise for playing a major role in demining and removing explosives placed by the Houthi militias in the liberated areas. The UAE Armed Forces have conducted three operations to liberate regions from the Houthis, as well as demined them and provided their residents with humanitarian aid. Emirati engineering teams have already removed many thousands of mines and deactivated them.

On the ground, the Iran-backed Houthi militias have repeatedly violated the Stockholm Agreement and should be made accountable for such actions by the international community. The Houthis have violated the agreement close to 3,000 times since December 2018.

Such deliberate violations indicate that the Houthis do not care about peace or international opinion.

Last week, the Royal Saudi Air Defence systems intercepted two drones launched by the Iranian-backed Houthi militias towards the city of Khamis Mushait in Saudi Arabia. The objects were directed at densely populated civilian areas, and were intercepted and destroyed.

The targeting of civilians and civilian infrastructure via the use of UAV’s and remote-controlled explosives, among other techniques by the terrorist Houthi militias is hugely condemnable.

The constant support being provided in all fields reflects the deep ties between the UAE and Yemeni people. The Emirates Red Crescent also deserves a salute for doing yeoman service in Yemen by carrying out several humanitarian services and development projects.