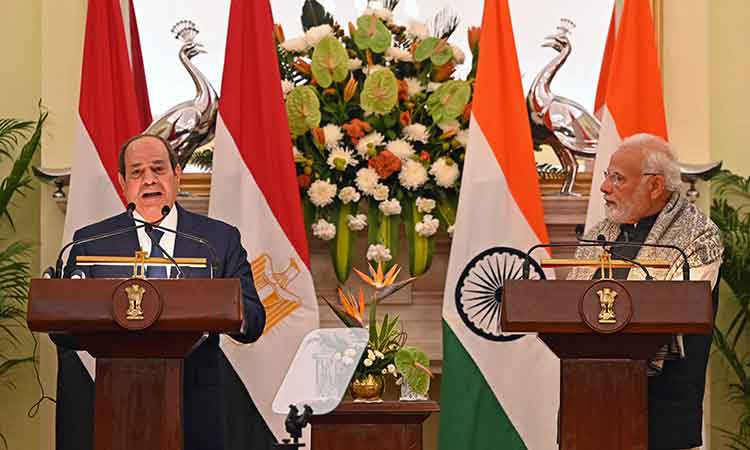 Sisi speaks during a joint media briefing with Modi at Hyderabad House in New Delhi on Wednesday. AFP

Sisi will be the chief guest at the 74th Republic Day function on Thursday.

"Warm welcome to India, President Abdel Fattah Al Sisi. Your historic visit to India as Chief Guest for our Republic Day celebrations is a matter of immense happiness for all Indians. Look forward to our discussions tomorrow. @AlSisiOfficial," Modi tweeted.

Both the leaders will hold discussions on Wednesday.

This is his third visit to India since 2015.

He will be accompanied by a high-level delegation, including five ministers and senior officials, sources said. 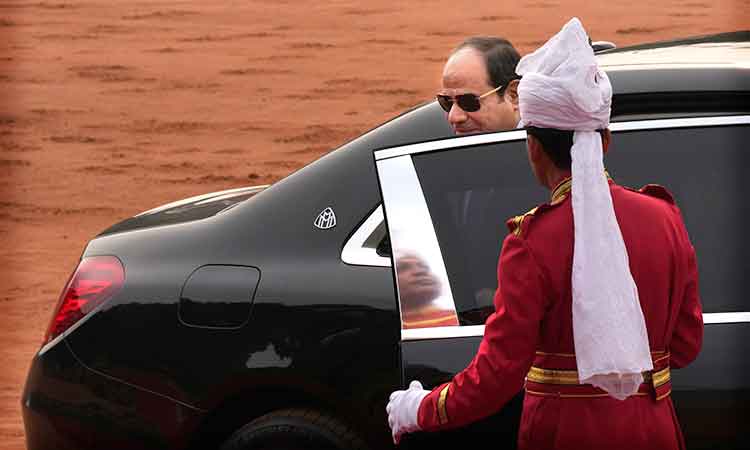 This is the first time that a President of Egypt has been invited as the Republic Day ceremony's chief guest.

A military contingent from the Egyptian Army will also participate in the Republic Day parade.

Sisi had earlier visited India in October 2015 to participate in the third India Africa Forum Summit and in September 2016 on a state visit.

India and Egypt are celebrating 75 years of establishment of diplomatic relations this year.

Egypt has also been invited as a 'Guest Country' during India's G20 presidency in 2022-23.

Sisi will have a bilateral meeting and delegation-level talks with Prime Minister Narendra Modi on bilateral, regional and global issues of mutual interest, official sources said.

Sisi will also interact with the Indian business community at a business event during his visit.