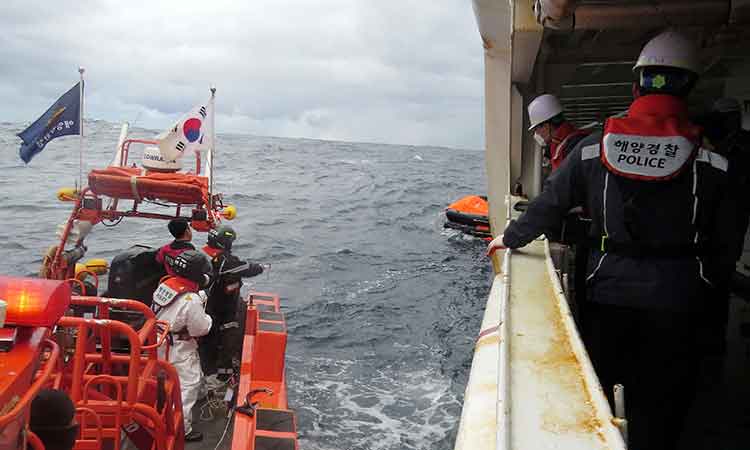 Members of the South Korea coast guard in a search operation between South Korea and Japan on Wednesday. AP

Fourteen crewmembers were rescued on Wednesday from a cargo ship that sank off southwestern Japan during fierce winter winds, with planes and ships, including private vessels, searching for the remaining nine.

Japan and South Korea's coast guards were searching for eight crewmembers from a cargo ship that sank between the two countries. The vessel, the 6,651-tonne Hong Kong-registered "Jintian", issued a distress call late on Tuesday, the Japan Coast Guard said.

Media reported a person on the ship said it was listing and taking on water, and later reports said the 22 crew members - all Chinese or Myanmar nationals - had transferred to lifeboats.

"A total of 14 have been rescued," a spokesman for the Japanese coast guard told the media. 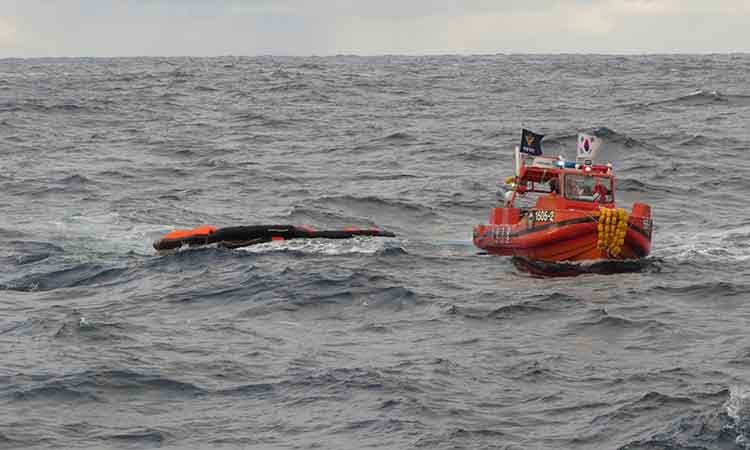 "We don't know their condition and nationalities yet," he added, declining to be named.

He said six of the crew had been rescued by South Korea's coast guard, which was assisting the operation.

There was no immediate word on what caused the vessel, which was carrying lumber, to capsize. A Coast Guard spokesperson said winds were strong at the time the distress signal was received at around 11:15pm on Tuesday.