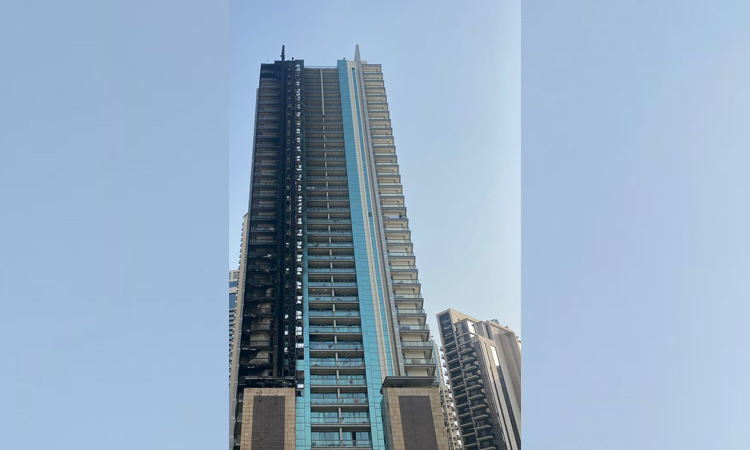 A view of the damaged tower in Downtown Dubai.

Dubai Civil Defence teams successfully brought under control a fire that broke out on the façade of a highrise tower in Downtown Dubai on Monday.

All residents were safely evacuated and there were no injuries or casualties.

The Dubai Civil Defence teams arrived at the scene five minutes after the Operations Room was alerted of the fire at 03:11 am on Monday.

The teams of firefighters mobilized to quickly extinguish the fire, which affected the facade of the tower.

The field commander confirmed at 04:52 that the fire had been brought under control.

At 06:08, the signal from the field commander indicated that the operations were completely terminated and that the site would be handed over to the authorities concerned to take the necessary measures.

Civil protection data shows that fires in Dubai's skyscrapers (8 floors and above) have decreased by 5.48% this year, from 73 in the first three quarters of 2021 to 69 in the corresponding period of 2022.

A spokesperson for Emaar added: “We can confirm that a fire broke out at 8 Boulevard Walk early morning [Monday, 7 November 2022].

The situation was brought under control with the support of the government authorities and no casualties were reported.

“Emaar adheres to strict protocols and regulations. We take the health and safety of our residents very seriously and are working with the appropriate authorities to investigate the incident.

“Emaar is also working with residents affected by the accident to ensure they are taken care of.” 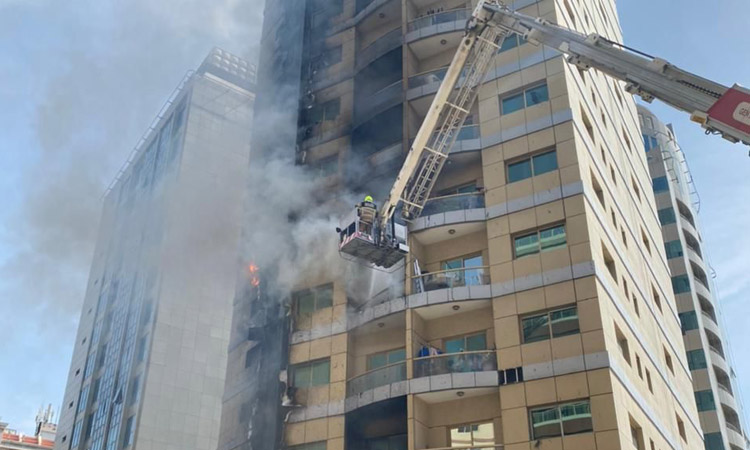