A part of an unmanned aerial vehicle, what Ukrainian military authorities described as an Iranian made suicide drone Shahed-136 and which was shot down near the town of Kupiansk, is seen in Kharkiv, Ukraine. Reuters

Ukraine's military claimed on Tuesday for the first time that it encountered an Iranian-supplied suicide drone used by Russia on the battlefield, showing the deepening ties between Moscow and Tehran as the Islamic Republic's tattered nuclear deal with world powers hangs in the balance.

US intelligence publicly warned back in July that Tehran planned to send hundreds of bomb-carrying drones to Russia to aid its war on Ukraine. While Iran initially denied it, the head of its paramilitary Revolutionary Guard has boasted in recent days about arming the world's top powers.

Ukrainian troops encountered the drone near Kupiansk amid Kyiv's offensive that has punched through Russian lines around Kharkiv on the eastern front, the Ukrainian military said. 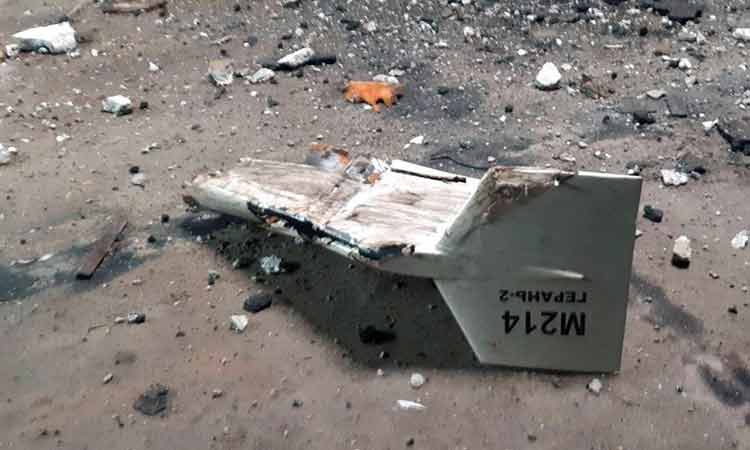 A part of an unmanned aerial vehicle shot down near the town of Kupiansk in Kharkiv, Ukraine. Reuters

The image suggested the Shahed drone had been shot down by Ukrainian forces and hadn't detonated on impact as designed, though little other information was immediately released by Kyiv. An inscription on the drone identified it as an "M214 Gran-2," which didn't immediately correspond to known Russian weaponry.

Iran's mission to the United Nations did not respond to a request for comment. Russia did not acknowledge the Ukrainian claim.

"The loss of a Shahed-136 near the front lines suggests there is a realistic possibility that Russia is attempting to use the system to conduct tactical strikes rather than against more-strategic targets farther into Ukrainian territory,” the British said.

Iran has multiple version of the Shahed, which have overflown a U.S. aircraft carrier in the Persian Gulf, been used by Iranian-backed rebels in Yemen, attacked oil depots in Saudi Arabia and allegedly killed two sailors aboard an oil tanker off Oman in 2021. 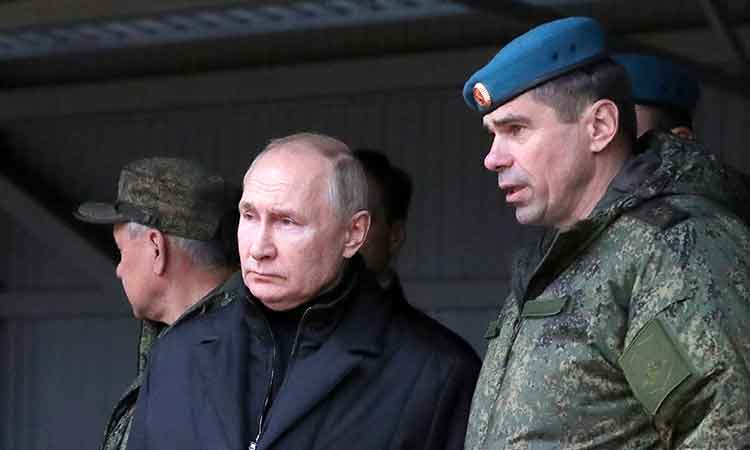 Russia continues to use Iran's UAVs against Ukraine, says UK

Russia is likely using the Iranian Shahed-136 UAVs to infiltrate Ukranian air defences and as a substitute for Russian-manufactured long-range precision weapons that are becoming increasingly scarce, the ministry said in its update on Twitter.