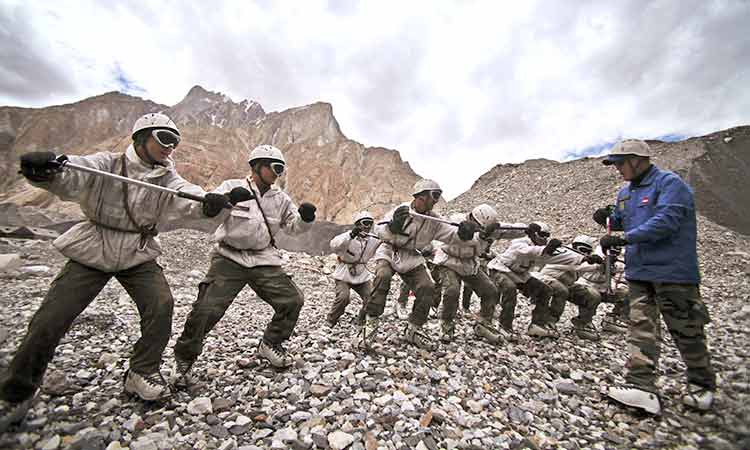 Indian army soldiers undergo a training session at the Siachen base camp. File/AP

The remains of an Indian army soldier have been found more than 38 years after he went missing on a glacier at the highest point along the heavily militarized contested border between India and Pakistan in Kashmir, officials said Wednesday.

The bodies of 13 soldiers were recovered, but five remained missing.

A team of soldiers on Monday found human remains at the glacier with an identity disc saying they belonged to Chandra Shekhar, one of the missing men, the Indian army said.

Shekhar was part of India’s first army unit to occupy the 76-kilometre (47-mile) -long glacier in 1984 amid pitched battles with soldiers from Pakistan, which also controls part of divided Kashmir. Both nuclear-armed neighbors claim all of the region. The glacier, considered the world’s highest battlefield, was uninhabited before Indian troops moved there.

Since then, the two countries have deployed troops at elevations of up to 6,700 meters (21,982 feet). They have fought intermittent skirmishes on the glacier, but more Indian and Pakistani troops have died from the grueling conditions than from hostile fire.

In 2017, at least 20 Indian soldiers were killed in three avalanches. In 2012, an avalanche in Pakistan-controlled Kashmir killed 140 people, including 129 Pakistani soldiers.

Discussions between India and Pakistan on demilitarizing the glacier have been unsuccessful.

Shekhar’s remains were being flown on Wednesday to his native village in northern Uttarakhand state following a funeral with full military honors, the army said. 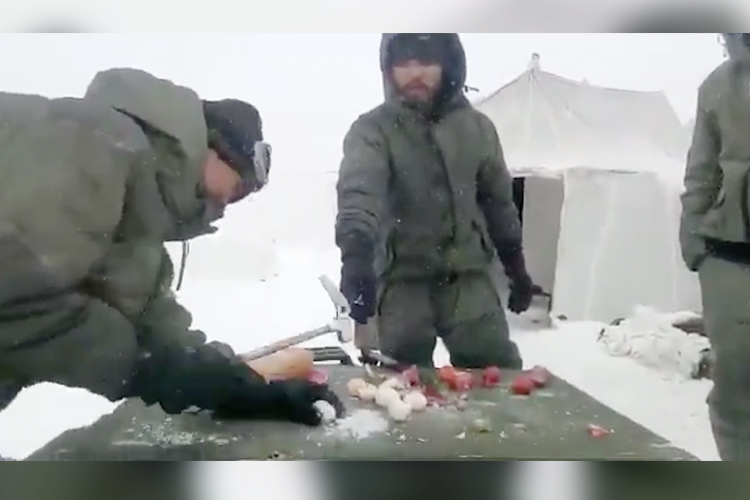