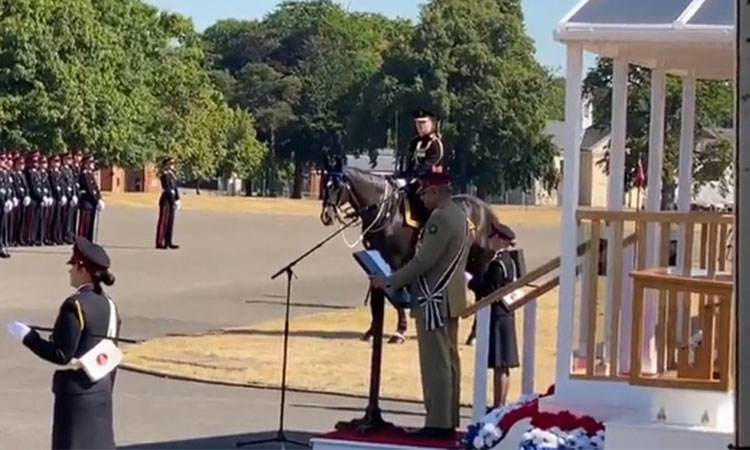 Chief of Army Staff General Qamar Javed Bajwa has become the first Pakistani ever to be the sovereign representative of the Queen of the United Kingdom during the Sovereign’s Parade at the Military Academy Sandhurst in Britain.

The army chief on Friday addressed a passing out parade at the Royal Military Academy as the first Pakistani dignitary who was invited as the chief guest.

According to the UK’s Defence Ministry, General Bajwa represented the queen at the sovereign’s parade for commissioning course 213 (CC213) of the Royal Military Academy Sandhurst (RMAS) on Friday during a ceremony that attracted military leaders from dozens of countries of the world.

This was the 198th sovereign’s parade where General Bajwa became the first Pakistani to be the sovereign’s representative. 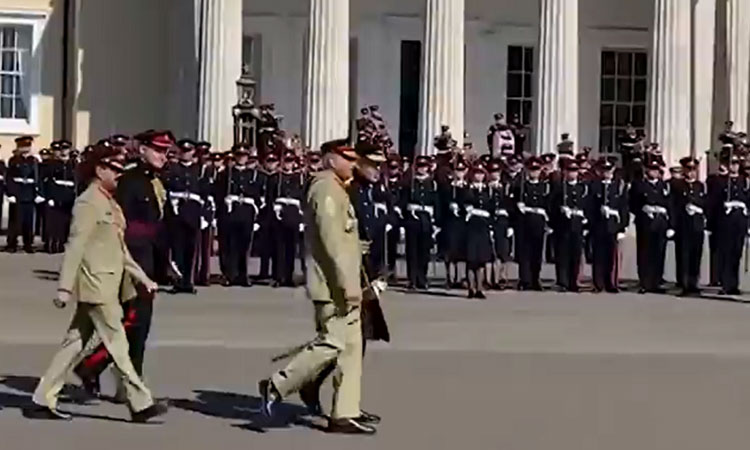 A screengrab of a video-graph.

He congratulated the passing out cadets and their families for the successful completion of their training course.

"Your alma mater is, without a doubt, one of the finest military institutions in the world which have produced some of the great military leaders that this world has seen,” he said, adding that graduating from Sandhurst is a great honour and pride.

"Two Pakistani candidates are also graduating and I want to share that I am as proud of all of you as I am of the two of them,” he maintained.

"My presence here is a testimony of the deep-rooted relationship that exists between Pakistan and the United Kingdom based on mutual respect and shared values which have been carefully nurtured by both the nations over many decades.”