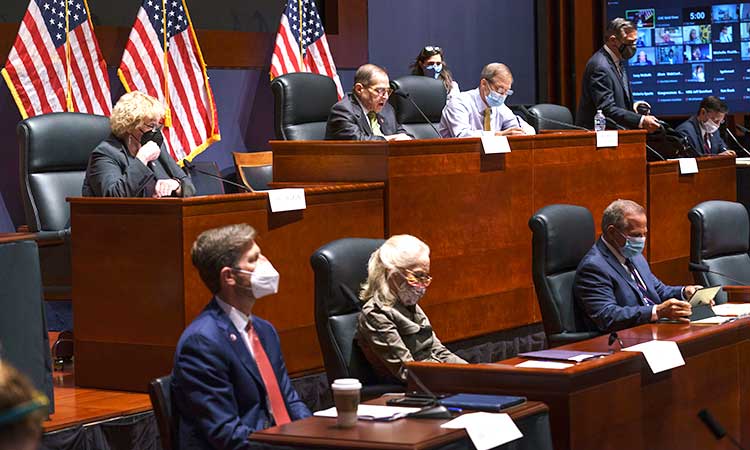 House Judiciary Committee holds a markup session at the Capitol in Washington. File/AP

The House is beginning to put its stamp on gun legislation in response to mass shootings in Texas and New York by 18-year-old assailants who used semi-automatic rifles to kill 31 people, including 19 children.

The House Judiciary Committee will hold a hearing Thursday to advance legislation that would raise the age limit for purchasing a semi-automatic centerfire rifle from 18 to 21.

Texas begins to bury its dead in wake of school massacre

The bill would make it a federal offense to import, manufacture or possess large-capacity magazines and would create a grant program to buy back such magazines. It also builds on the executive branch’s ban on bump-stock devices and so-called ghost guns that are privately made without serial numbers.

The Democratic legislation, called the Protecting Our Kids Act, was quickly added to the legislative docket after last week's school shooting in Uvalde, Texas. A vote by the full House could come as early as next week.

With Republicans nearly in lockstep in their opposition, the House action will mostly be symbolic, serving to put lawmakers on record about gun control ahead of this year's elections. The Senate is taking a different course, with a bipartisan group striving toward a compromise on gun safety legislation that can win enough GOP support to become law.