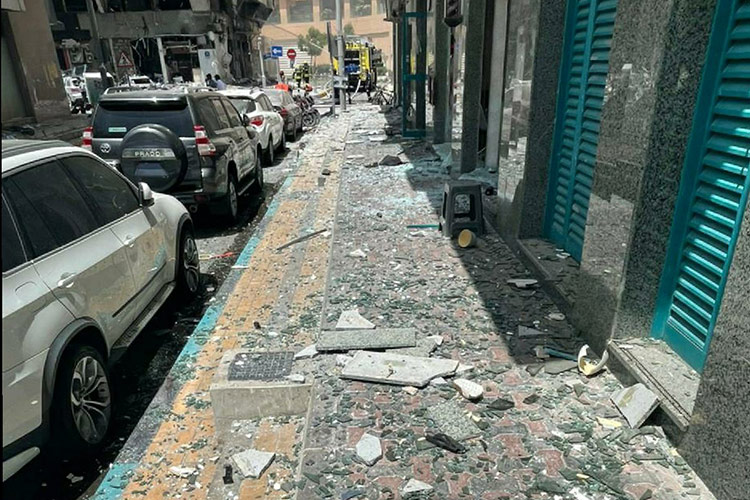 Shard glass scattered all over the explosion site in Khalidiya, Abu Dhabi.

An Indian expat based in Abu Dhabi was killed in the explosion, the Indian Embassy in Abu Dhabi confirmed on Tuesday.

The Abu Dhabi Department of Health has issued a statement confirming that medical experts are looking after all injured persons.

The teams of Abu Dhabi Police and the Abu Dhabi Civil Defense Authority, in cooperation with partners, announced the completion of the removal of traces of the gas cylinder explosion from the site of the accident and the gradual return of residents to their residential units after the competent authorities ensured the safety of the buildings. 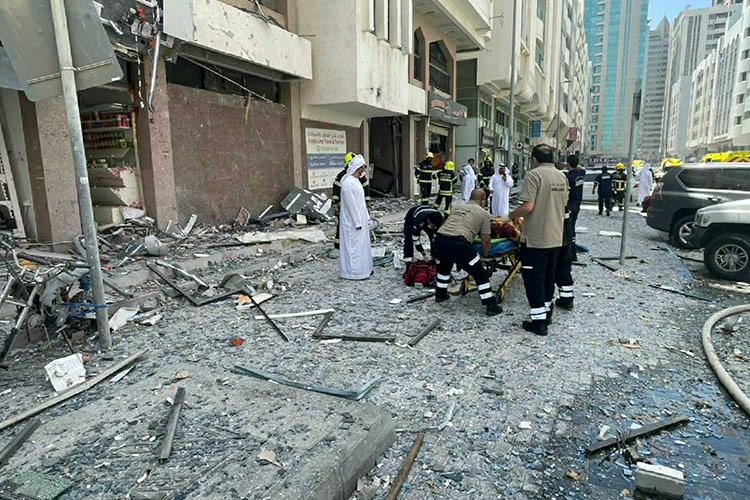 Police and experts inspect the site of the explosion in Al Khalidiya.

The authorities praised the cooperation of community members, stressing the need to adhere to safety requirements, prevent the dangers of using gas cylinders, and carry out periodic maintenance and ensure the installations of safety system.

The explosion struck a restaurant just after 1 pm in Abu Dhabi's Khalidiya neighborhood, just a few blocks from the capital's beachfront corniche. 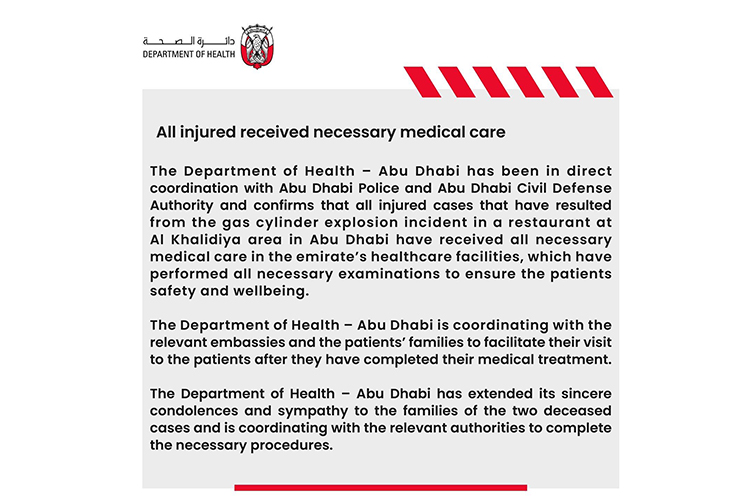 DoH has been in direct coordination with Abu Dhabi Police and Abu Dhabi Civil Defense Authority, and confirms that all injured cases that have resulted from the gas cylinder explosion incident in a restaurant at Al Khalidiya area are being looked after in Abu Dhabi.

“They have received all necessary medical care in the emirate’s healthcare facilities, which have performed all necessary examinations to ensure the patients safety and wellbeing.”

The Department of Health is coordinating with the relevant embassies and the patients’ families to facilitate their visit to the patients after they have completed their medical treatment.

The DoH has extended its sincere condolences and sympathy to the families of the two deceased cases and is coordinating with the relevant authorities to complete the necessary procedures.

On Monday, the police said the restaurant building was evacuated as a precaution, and the competent teams are still working on the site, stressing the importance and necessity of obtaining information from its official sources and not circulating media materials, taking into account the privacy and feelings of the injured and their families.

Four residential buildings were evacuated after the explosion.

The police said the explosion affected some of their facades, and work is underway to provide temporary housing until the buildings are safe to reside again.

The authorities expressed their sincere condolences and sympathy to the families of the deceased and wishes for a speedy recovery for the injured.

They also called on the public to obtain information about the accident from official sources. 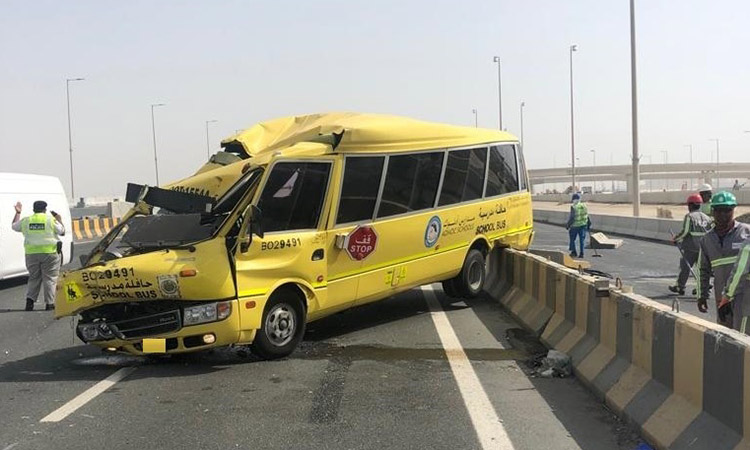