Elon Musk is now $100b richer than Jeff Bezos - GulfToday 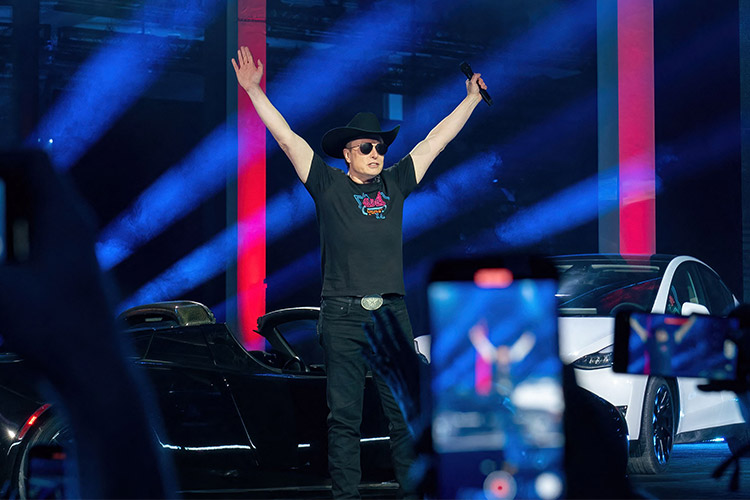 Tesla and SpaceX CEO Elon Musk is continuing to grow his status as the world's richest man as his net worth is skyrocketing over the rest of the top earners in 2022.

In the latest Forbes list, Musk increased his net worth to $282 billion, which is over $100 billion richer than Amazon founder Jeff Bezos, whose net worth is $183.6 billion, reports the Daily Mail.

Musk was one of the biggest beneficiaries from the Covid-19 pandemic, as his net worth sat at just $26.6 billion at the beginning of 2020.

In 2020, Musk's wealth grew by over $110 billion, which is the record for anyone in the history of Forbes tracking such numbers.

The report mentioned that Musk gained another $90 billion in 2021, as he knocked Bezos off the top of the Forbes rich list to begin the year.

Musk is now $115 billion richer than LVMH CEO Bernard Arnault, the third richest man in the world with a net worth of $167.4 billion, the report said.

He is also well past the numbers for Microsoft founders Bill Gates ($134.2 billion) and Steve Ballmer ($97 billion), it added.

Recently, Twitter CEO Parag Agrawal has said that the micro-blogging platform has appointed Musk to its board of directors.