Russian tank crushes car with boy inside in Zaporizhzhia - GulfToday 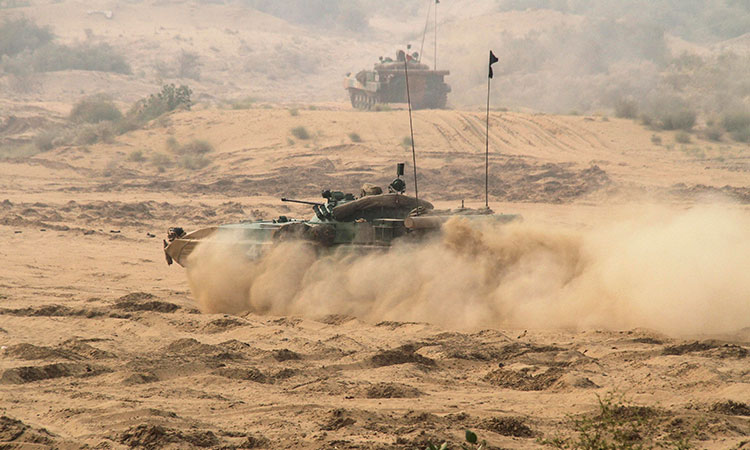 A Russian tank killed two men and a young child after it drove over the vehicle they were fleeing in.

The three were trying to flee the danger zone when they were pulled over by the tank in Ukraine’s Zaporizhzhia region, according to the National Police’s main directorate.

Aftermath of the incident captured the obliterated vehicle on the highway between the villages of Nesterianka and Myrne.

Firing a constant barrage of artillery at the Russians, a troop of Ukrainian soldiers are keeping up morale: their shelling has so far stopped Moscow's tanks entering Kyiv from the east.

And they hope that the enemy forces, which have struggled to take large cities, will eventually get bogged down.

With his companions, he is keeping up a barrage of artillery from behind the front line, as regular explosions of heavy weaponry echo across the plain and an icy wind blows.

"Today the troops' morale is at its highest," said the muscular man in his 40s, radioing messages via a headset. "The day before yesterday, we pushed back the Russian tanks" by a few hundred metres, he says, smiling, in a pause between two exchanges of fire.

A video of the feat, captured by a Ukrainian military drone and posted on social media, shows a column of about 20 Russian vehicles, many of them tanks, moving southwards along the motorway.

A sudden hail of shells and rockets hits the Russian convoy, blowing up first the lead tank and then one at the rear. "We shot at them with tanks and rocket launchers," Topaz says.

The Russian convoy makes a sudden half-turn and gets out of the village as quickly as it can.

"They went to hide in the nearby villages," says Topaz.

The attack took place close to the village of Skybyn in the Kyiv region, a few kilometres from the road into Brovary, the eastern gateway into the capital. 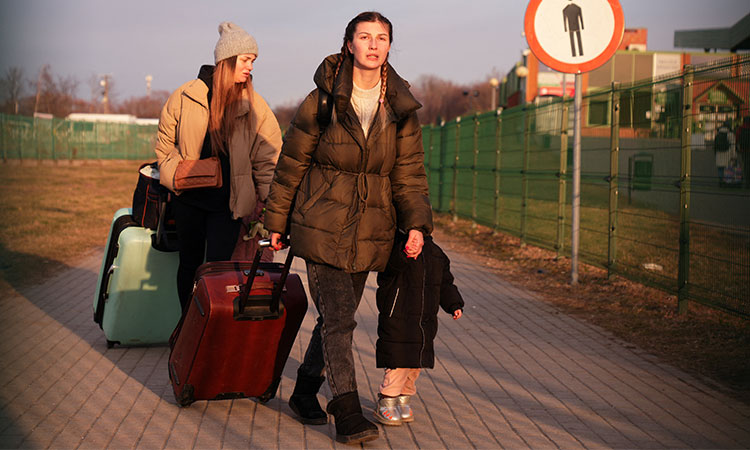 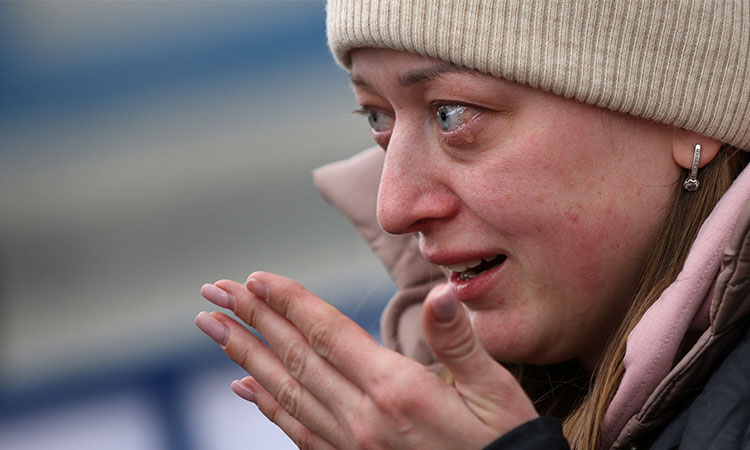 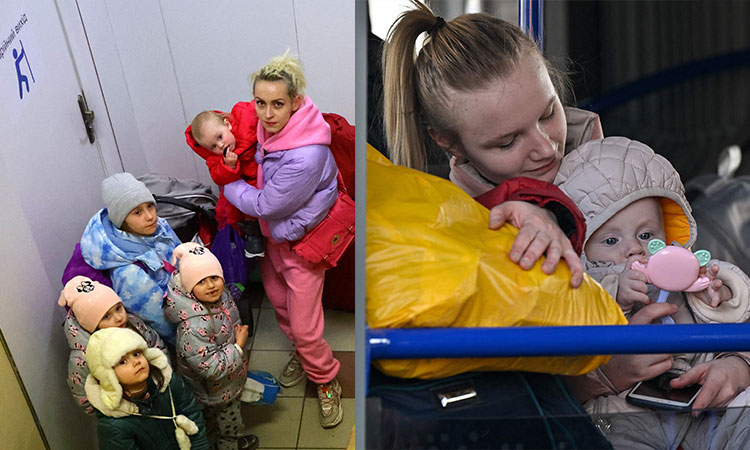