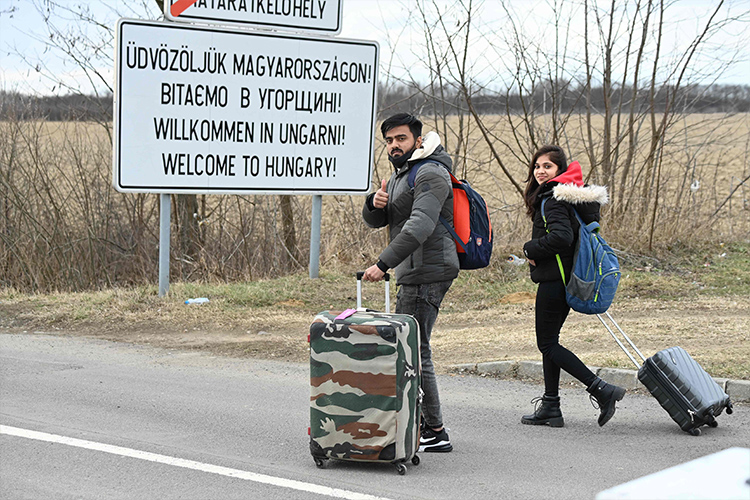 Fleeing from Kyiv, university students from India cross the border by foot in Barabas, Hungary, on Tuesday. AFP

India’s foreign ministry on Wednesday urged Indian students in an advisory on Wednesday to immediately leave the northeastern Ukrainian city of Kharkiv that has come under heavy Russian bombardment.

Russian air and rocket strikes pounded Kharkiv on Wednesday, almost a week into Russia's invasion of Ukraine, according to local emergency services. On Tuesday, an Indian student was killed by shelling in Kharkiv, while thousands remained trapped in the war zone.

"We have issued this advisory based on inputs that the Russian side has given," foreign ministry spokesman Arindam Bagchi told reporters in New Delhi. He did not provide a specific number of Indian students in Kharkiv.

The advisory said students must reach nearby cities and settlements by any means of transport or on foot by 1600 GMT, "under all circumstances" for their own safety. 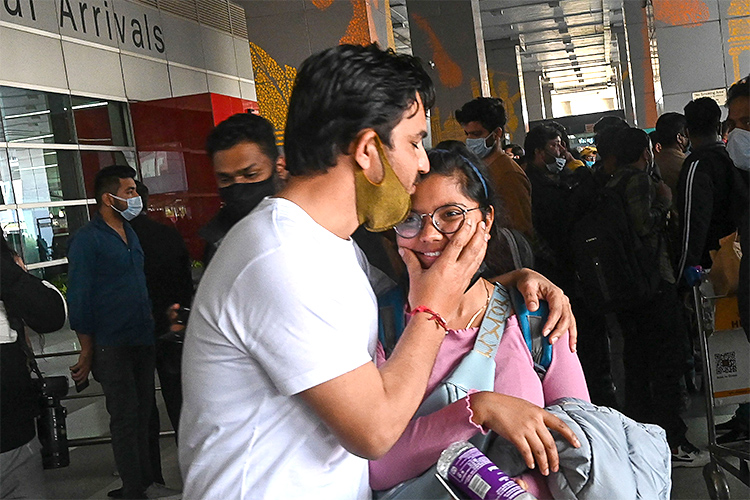 Kharkiv is Ukraine's second largest city with a population of 1.5 million people located near the Russian border. It has been heavily shelled by Russian forces, leaving its centre a bombed-out wasteland.

Before the conflict began, Indians made up around a quarter of the 76,000 foreign students in Ukraine, by far the largest number, according to Ukrainian government data. The Indians in Kharkiv are mainly studying medicine. 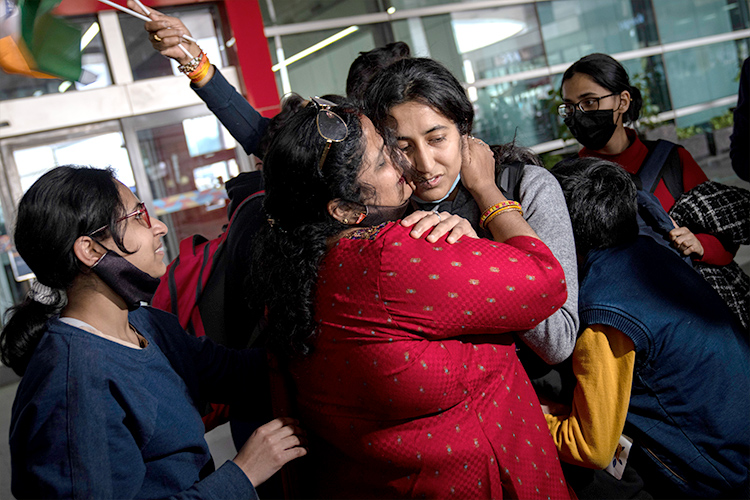 India has urged Russia and Ukraine to cease hostilities and stepped up demands for safe passage for its nationals. New Delhi has resisted pressure from allies such as the United States to condemn Moscow's invasion. 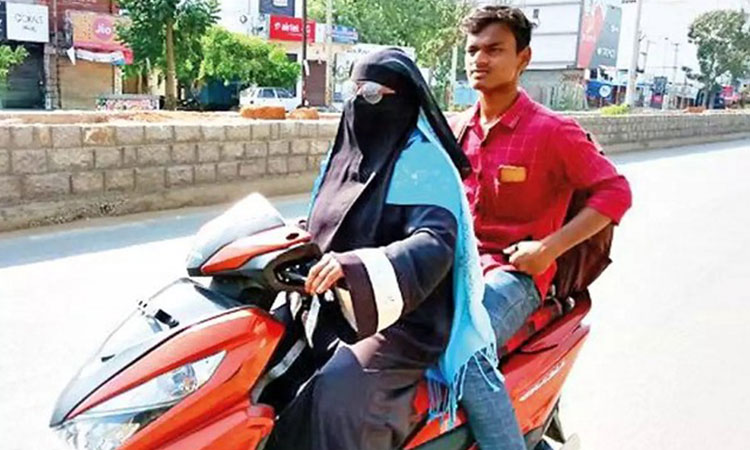 Indian mother who once rode 1,400km to rescue son awaits his return from Ukraine

Razia Begum had displayed exemplary courage and determination to undertake a 1,400km-long arduous journey on her scooter to bring home her son from Andhra Pradesh where he was stuck due to the nationwide lockdown. 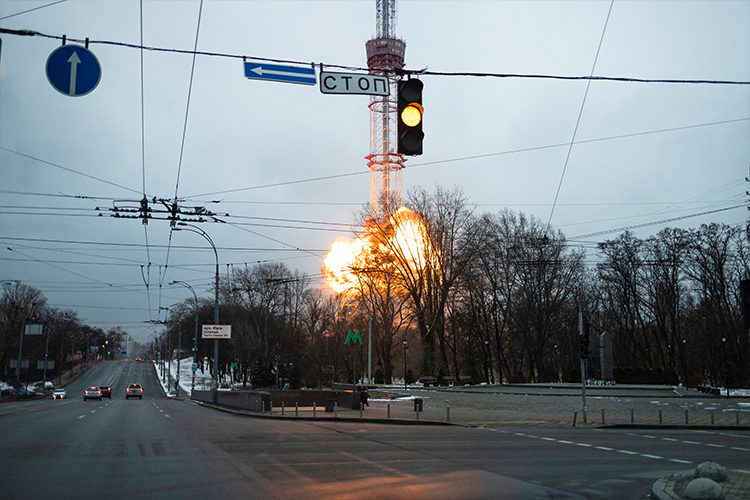 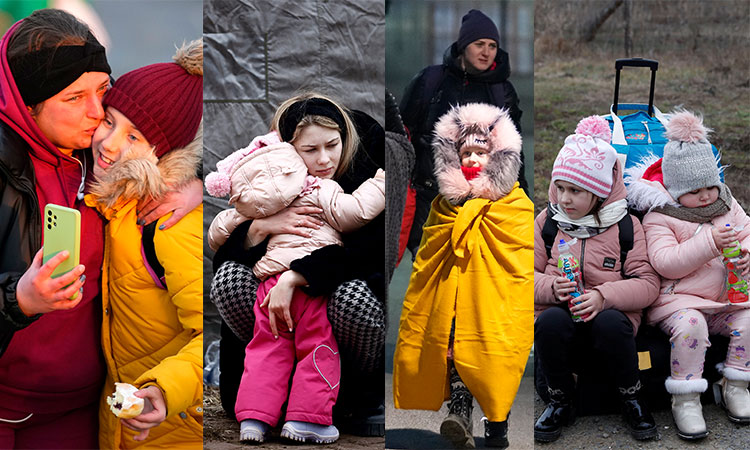 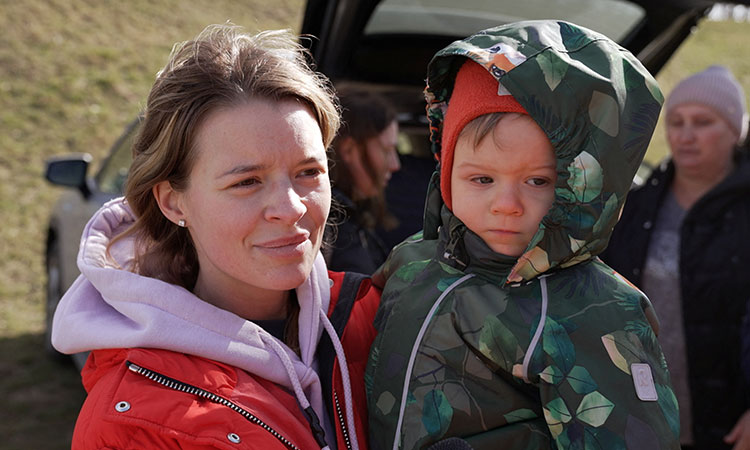 Semyon's father will not be with them to celebrate his son's birthday in safety. After driving his loved ones to the border, he turned back into Ukraine.