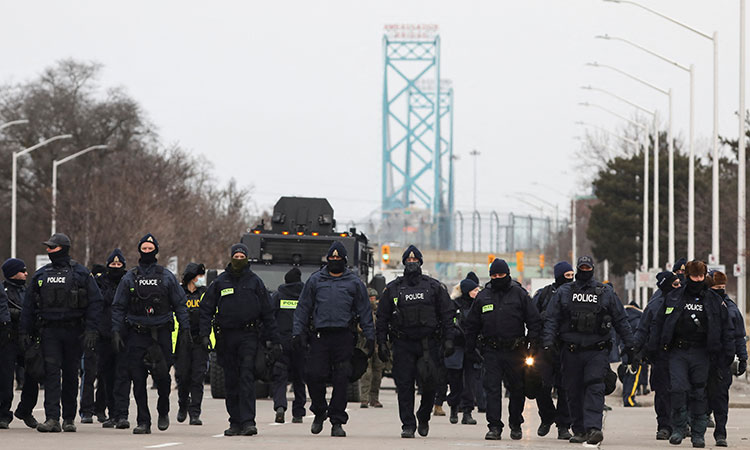 Police officers move along a road leading to the Ambassador Bridge after clearing demonstrators in Windsor. Reuters

The busiest US-Canada border crossing reopened late on Sunday after protests against COVID-19 restrictions closed it for almost a week, the bridge's operator said.

The crossing normally carries 25% of all trade between the two countries, and the blockade on the Canadian side had disrupted business in both countries, with automakers forced to shut down several assembly plants.

Earlier on Saturday, police moved in to clear the remaining two dozen protesters on the bridge, a vital trade link between the countries, more than 12 hours after an injunction order to clear the demonstrators took effect. 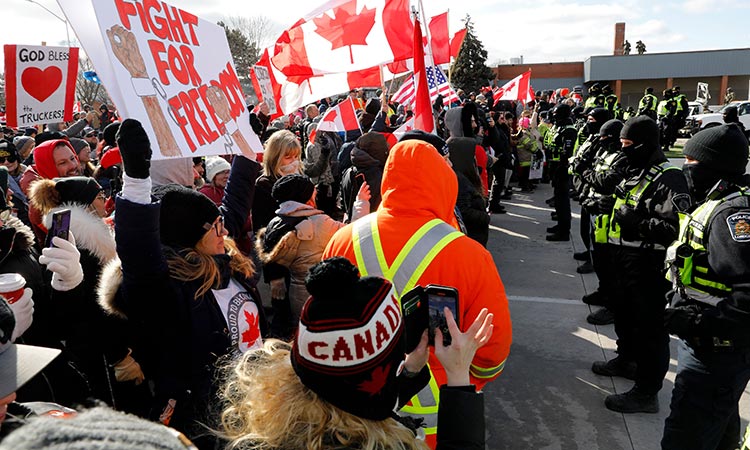 The Ambassador Bridge had become the focus of the protest movement after demonstrators blocked lanes in both directions with trucks, cars and pick-up vans

Detroit International Bridge Co. said in a statement that "the Ambassador Bridge is now fully open allowing the free flow of commerce between the Canada and US economies once again.” Esther Jentzen, spokeswoman for the company, said in a later text to The Associated Press that the bridge reopened to traffic at 11pm EST.

"The Ambassador Bridge is now fully open, once again allowing the free flow of commerce between the Canadian and US economies," the Detroit International Bridge Company said in a statement. 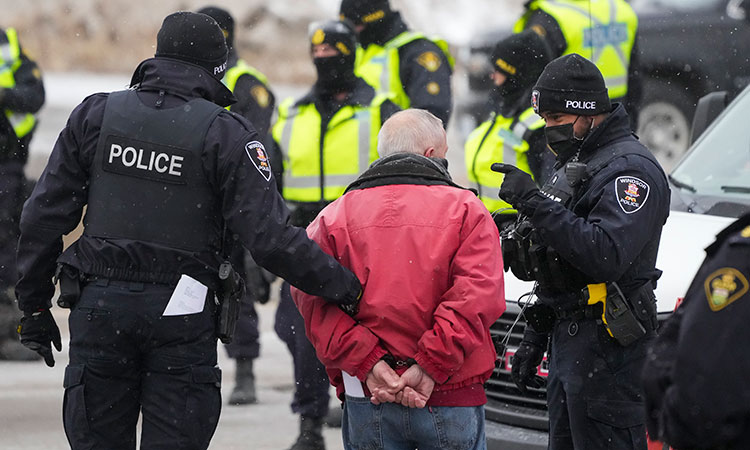 A protester is arrested by as police remove demonstrators from the Ambassador Bridge in Windsor, Ontario. AP

US President Joe Biden’s administration on Sunday acknowledged the seemingly peaceful resolution to the demonstration, which it said had "widespread damaging impacts” on the "lives and livelihoods of people” on both sides of the border.

"We stand ready to support our Canadian partners wherever useful in order to ensure the restoration of the normal free flow of commerce can resume,” Homeland Security Advisor Dr. Liz Sherwood-Randall said in a statement.

In Ottawa, which is about 500 miles northeast of Windsor, Mayor Jim Watson said Sunday the city struck a deal with protesters who have jammed downtown streets for more than two weeks that will see them move out of residential areas in the next 24 hours.

Watson said he agreed to meet with demonstrators if they confined their protest to an area around Parliament Hill and moved their trucks and other vehicles out of residential neighborhoods by noon Monday. 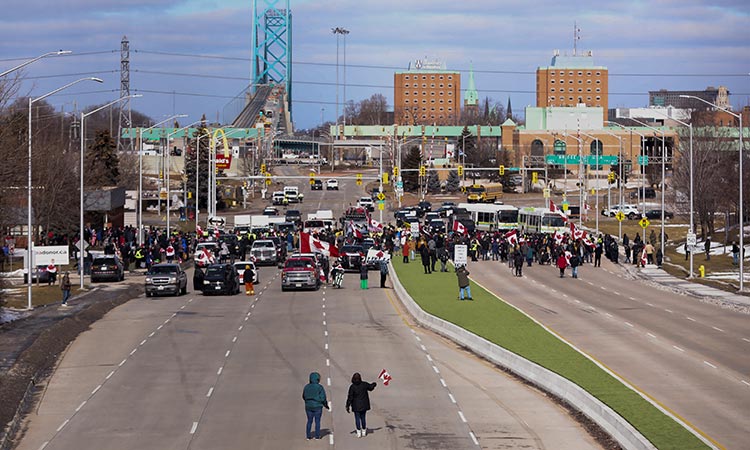 The Ambassador Bridge is the busiest US-Canadian border crossing, carrying 25% of all trade between the two countries, and auto plants on both sides have been forced to shut down or reduce production this week. 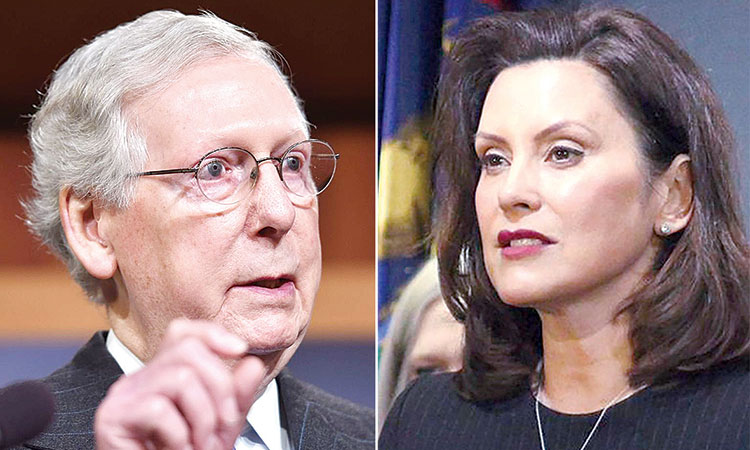