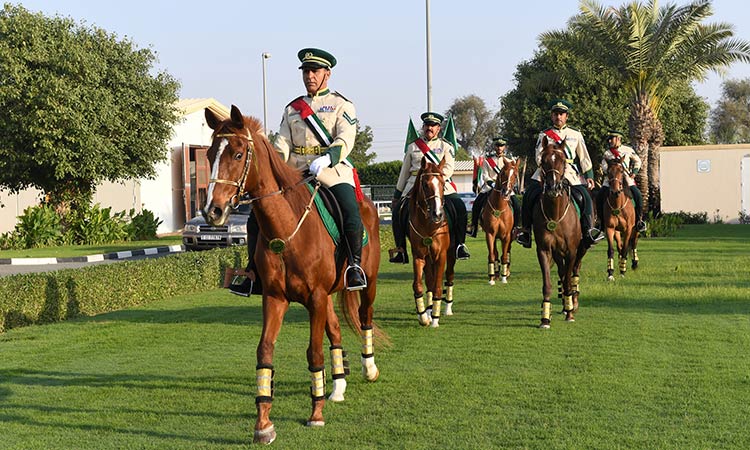 Since the seventies, Dubai Police have been one of the leading police organisations to use horses in their work.

Despite the rapid growth and continuous development, horses of all breeds have never lost their value and remained a symbol of beauty, prestige and strength, a cause for pride among their owners, and a source of inspiration for poets and writers.

Nowadays, horses have a fair share in enhancing the safety and security of community members and play a pivotal role in spreading peace among them. Horses have become an essential part of many law enforcement agencies worldwide, including Dubai Police who have dedicated a police station and introduced new policing mechanisms to utilise equines in policing work.

Since the seventies, Dubai Police have been one of the leading police organisations to use horses in their work. The Force has also received international recognition from the British Horse Society (BHS) for applying the latest work systems in training trainers and horses and applying the latest human resources and safety systems in its various mounted police departments and divisions.

According to Expert Major General Muhammad Issa Al Adhb, Director of Dubai Mounted Police Station, Dubai Mounted Police began in 1976 with an order by His Highness Sheikh Mohammed Bin Rashid Al Maktoum, Vice President and Prime Minister of the UAE and Ruler of Dubai. The Section was affiliated with the General Department of Punitive and Correctional Institutions and had nine horses and four handlers.

Maj. Gen. Al Adhb explained that the Station serves Dubai Police's strategic objective of reducing crime and ensuring safety and security as horses are involved in daily patrols across industrial, commercial and tourist areas, which contributes to preventing crime, arresting suspects and locating suspicious and abandoned vehicles. He noted that in 2021, they conducted 2,279 patrols, including 49 security patrols, 81 community patrols, and 457 awareness patrols, in collaboration with Dubai Police volunteers to raise awareness on the announced precautionary measures against COVID-19 patrols.

The director of Dubai Mounted Police Station said they have trained and provided equine-assisted therapy to 350 children of determination as part of an initiative they launched in 2007 in collaboration with the Community Development Authority (CDA). 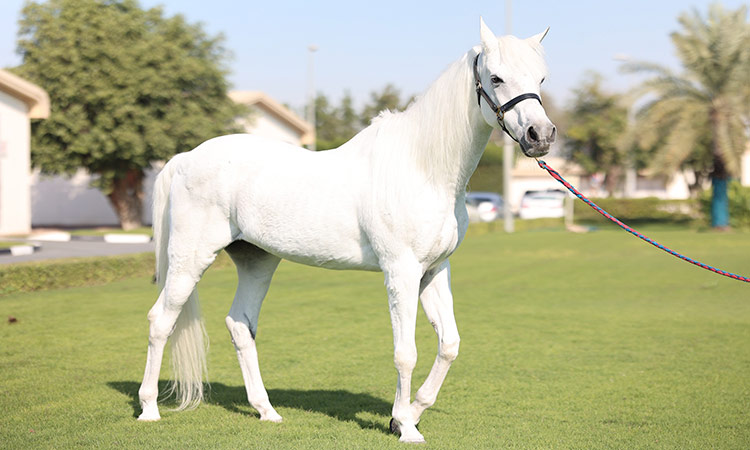 25-year-old Kuzumil is the oldest among 117 equine peers working at the Dubai Mounted Police Station.

"Our horses are assigned different roles. Some are trained for riot control, some for parades and events, some for patrols and others help encourage children with disabilities to open up to the world. There are also horses that represent the Station in endurance races," Maj. Gen Al Adhb added.

Major Dhahi Salem Al Jallaf, Director of Administrative Affairs at Dubai Mounted Police Station, indicated that one of their pivotal work aspects is veterinary and horse care. "Our veterinarians and nurses work tirelessly to ensure the horses' safety and wellbeing at all times, treat their injuries and follow up on their health and immunisation schedule," he noted.

Maj. Gen. Al Adhb further explained that the Dubai Mounted Police Station had won several awards, most notably the Fatima Bint Mubarak Award for Excellence and Community Intelligence, the Ideas Award, and the Sports Creativity Award. He added that in 2018, the Dubai Mounted Police Station broke the Guinness World Record for the largest parade of horses with UAE flags.

The director of Dubai Mounted Police Station confirmed that their equine rehabilitation programme had made some remarkable achievements over the past 15 years. The programme includes rehabilitating and training racing horses and enabling them to participate in events, shows and festivals.

The director of Dubai Mounted Police Station revealed some of the Station's innovations, including an engineless bicycle for training horses equipped with front and rear fenders for docking horses kicks during training. In addition, the Station has developed a water spray device and a rubber-ball throwing machine used to create scenarios that simulate riots.

Maj. Gen. Al Adhb said they have also developed a horse-training armoured vehicle equipped with front and rear fenders that fuse with the horses to train them on push and anti-riot response. The armoured vehicle is also fitted with an artificial smoke device to train horses on fire outbreak scenarios during riots, loudspeakers and customised front and rear cameras.