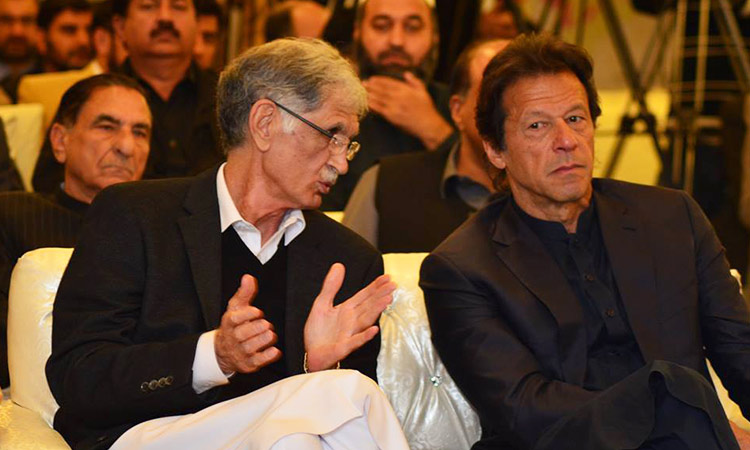 Pakistan Prime Minister Imran Khan faced an awkward situation during a meeting of the parliamentary party of the ruling alliance when Pak Defence Minister Pervez Khattak complained about the neglect of Khyber Pakhtunkhwa (KP) by the Centre, Dawn reported.

According to sources, the Prime Minister became angry and snubbed the defence minister for what he (PM) called "blackmailing" him.

The meeting held at the Parliament House was presided over by the Pak Prime Minister. The meeting cleared the controversial Supplementary Finance Bill-2022, commonly called the mini-Budget.

After the meeting, the Prime Minister sat in his chamber for almost the whole day and met a number of legislators hailing from his Pakistan Tehreek-i-Insaf and other parties in the ruling coalition, the report said.

The defence minister while attending the meeting reportedly said that he would not vote for the Prime Minister if new gas connections were not given to the people of KP.

However, Khattak told mediapersons after the meeting that he neither harshly talked to the Prime Minister nor hurled any threat of not voting for PM Khan.

Sources said Khattak was of the view that KP was being neglected in terms of provision of electricity and gas while these facilities were being enjoyed by the people of other provinces. They said the defence minister told the Prime Minister that if the situation lingered on, the people of KP would not vote for the PTI, the report said.