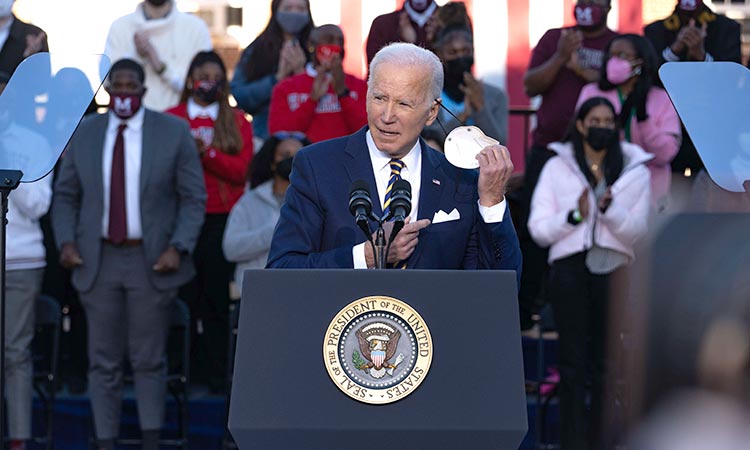 US President Joe Biden speaks to a crowd at the Atlanta University Center Consortium in Atlanta, Georgia. AFP

In a speech designed to breathe life into the fight to pass federal voting laws and convince skeptical Democrats of his commitment, Biden called many Republicans cowardly and committed to changing the US Senate "filibuster" to pass legislation.

Calling it a "battle for the soul of America," the Democratic president put the voting rights effort on par with the fight against segregation by slain civil rights leader the Rev. Martin Luther King Jr.

Former President Donald Trump maintains the 2020 election was stolen by Democrats through voter fraud, despite investigations' finding no supporting evidence. Since then, Republican lawmakers in 19 states have passed dozens of laws making it harder to vote. Critics say these measures target minorities, who vote in greater proportions for Democrats. 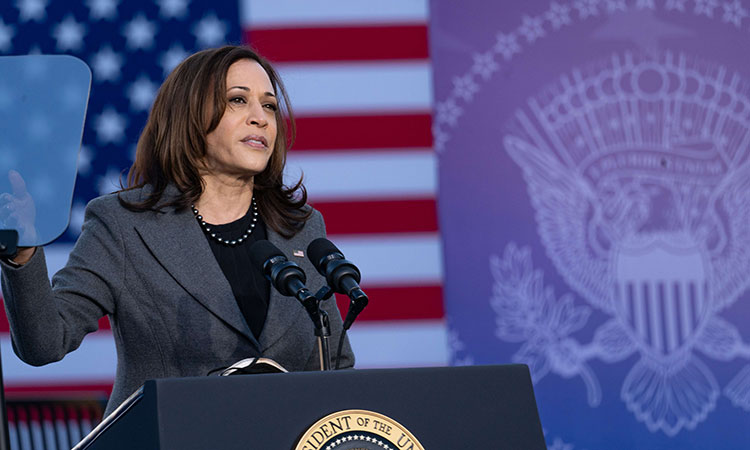 Kamala Harris speaks to a crowd at the Atlanta University Center Consortium in Atlanta, Georgia, on Tuesday. AFP

Biden on Tuesday said Republicans must choose which side of history they want to be on, as he contrasted civil rights heroes with the country's most ardent white supremacists.

"Do you want to be on the side of Martin Luther King or George Wallace?" Biden asked, referring to the segregationist former Alabama governor.

His tone echoed remarks on the one-year anniversary of the attacks on the US Capitol, reflecting a new White House calculus after a year focused on working with Republicans. Supporters of Trump were attempting "a coup" on Jan. 6, 2021, Biden said Tuesday.

"Not a single Republican has displayed the courage to stand up to a defeated president to protect America's right to vote," Biden said. "Not one." 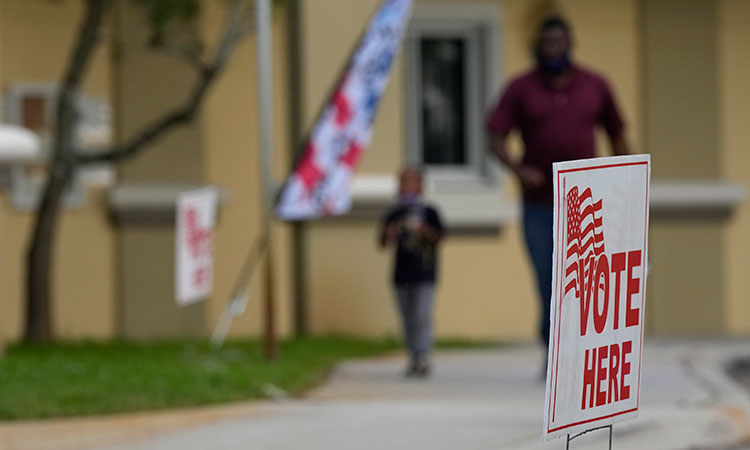 A man walks at the Sunset Lakes Community Center, a voting centre, in Miramar, Florida, on Tuesday. AP

Before Biden spoke, there was a moment of solemnity as he and Vice President Kamala Harris stood before King's gravesite, with King's family standing nearby, heads bowed. Biden and Harris later spoke on the shared campus of Clark Atlanta University and Morehouse College, two historically Black schools.

Jesiah Osbourne, 21, a senior at Morehouse who gives Biden mixed reviews overall, said he credits the president for pushing for a cornerstone civil right even in the absence of a clear legislative path. "It's not going to happen overnight," he said. "There's no unity."

Many activists say Biden should have done more during his first year in office to push for reforms, and some, including Georgia's Stacey Abrams, did not attend his speech. 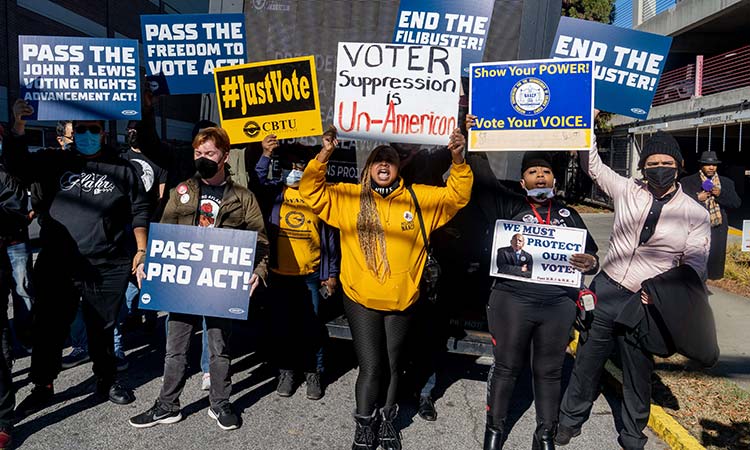 Demonstrators chant ahead of a speech by President Joe Biden in Atlanta, Georgia on Tuesday. AFP

Biden told reporters on Tuesday that he spoke to Abrams, and despite a schedule mix-up, they are "on the same page."

"The President deeply understands that Congress must pass" the voting-rights bills "by whatever legislative means necessary," said Abrams, a Democratic candidate for governor in Georgia.