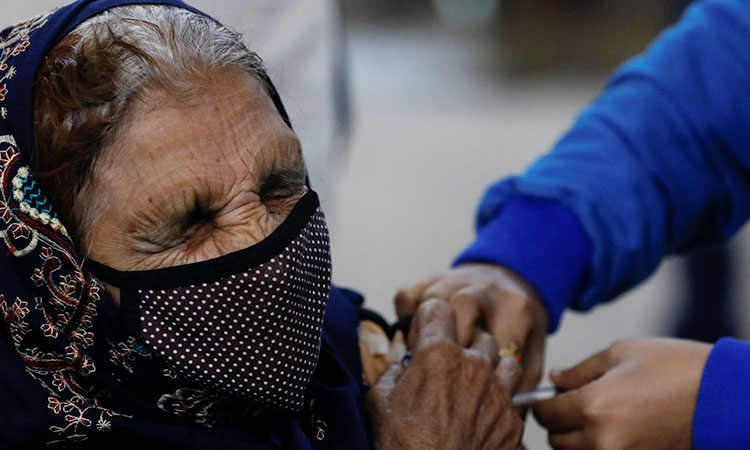 An elderly woman receives COVID-19 booster shot at a vaccination centre in Karachi on Friday. Reuters

Pakistan’s largest city Karachi is launching a door-to-door campaign to vaccinate women, who are lagging behind men in rates of coronavirus inoculation as the country enters a fifth wave of the COVID-19 pandemic, a senior official said on Friday.

"We have found that a sizable population of housewives are unvaccinated, and they socialise and attend weddings without face masks,” Qasim Siraj Soomro, parliamentary secretary health of the Sindh provincial government, said. 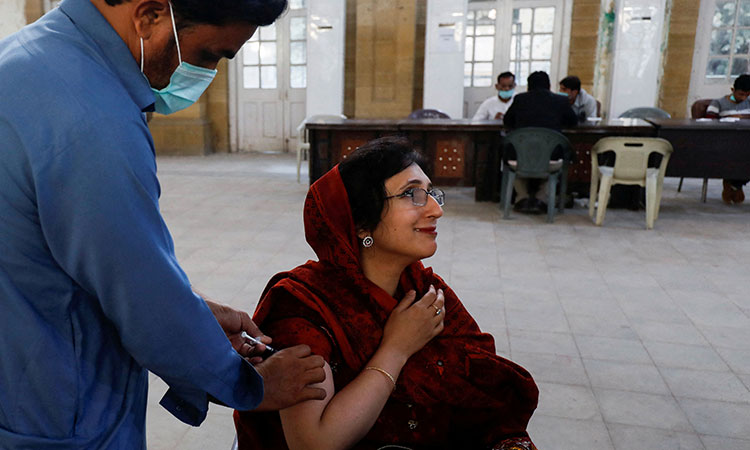 A woman receives a dose of the coronavirus vaccine in Karachi. Reuters

In contrast, the rate of vaccination among male family members who go out to work is higher than the rate among women, he added.

The provincial government's campaign will use female health workers, who have long played an instrumental role in country-wide polio vaccination campaigns in the South Asian nation.

"We plan to target clusters in urban areas and at later stage in rural areas," said the parliamentary secretary.

About 70 million people in Pakistan, or 32% of the population, have had two vaccine doses. 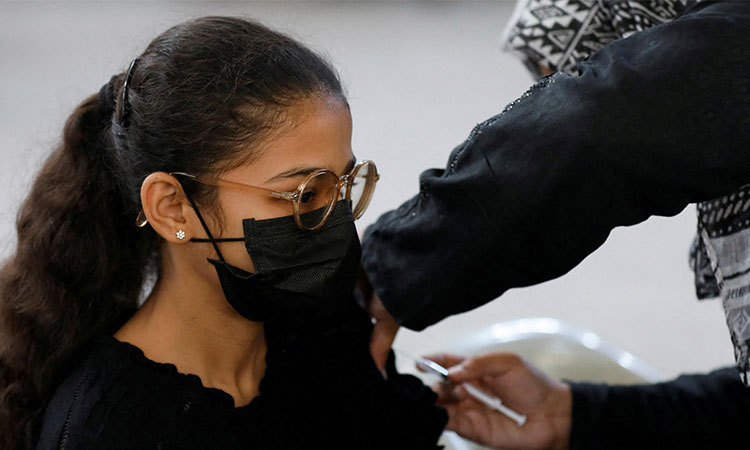 A girl receives a dose of the coronavirus vaccine in Karachi. Reuters

The first case of the Omicron variant was reported on Dec.13 in Karachi, and the federal government has acknowledged that a fifth pandemic has started in the country, with Karachi, Lahore and Islamabad seeing most of the cases.