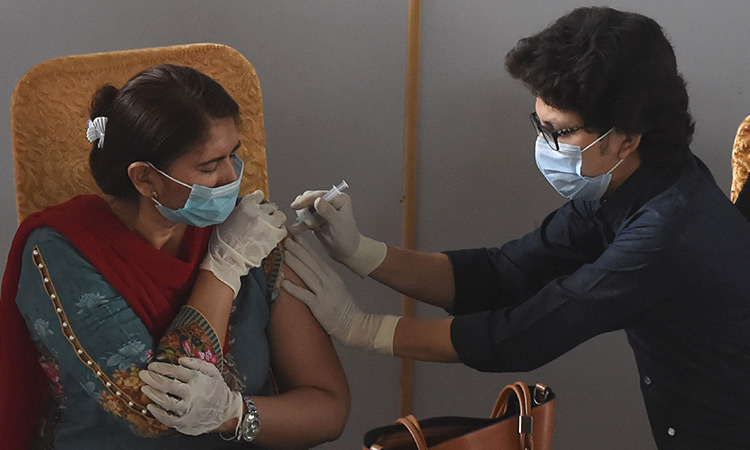 The government of Pakistan on Monday started booster shots to people over 30 years, who have been fully vaccinated for COVID-19 at least six months ago.

The National Command and Operation Centre (NCOC) has allowed booster shots for people aged over 30 years because of the spread of the Omicron variant to over 100 countries, including Pakistan.

Though it was announced that the facility of booster shots will be available from Jan.1, it was later decided to keep the vaccination centres closed on the first two days of the New Year. The decision was made because staff worked round the clock to achieve the target of making 70 million people fully vaccinated across the country on the last day of 2021.

Moreover, as a large number of people have been denied travel by several countries because of vaccine “discrimination,” mix-and-match booster vaccine shots are also permitted free of cost.

The term mix-and-match refers to an arrangement under which a person gets a booster shot of a vaccine, which is different from the one he/she had received earlier.

However, a large number of people intending to go abroad could not do so as many nations were allowing quarantine-free entry only to those inbound passengers who had been administered the vaccine approved by them. Therefore, the government introduced a paid mix-and-match booster facility for travellers to spare them quarantine.

Ministry of National Health Services (NHS) Director General Dr Rana Safdar said booster doses of choice would be given to the citizens. “It means that mix and match has been allowed or a booster of the same company which was administered earlier can be given as per choice of the people,” he said.

Meanwhile, as many as 54 people were found infected with COVID-19 in the federal capital as the positivity rate continued increasing.

The cases have been increasing since the emergence of the most transmissible Omicron variant in the city on Dec.24 when a 47-year-old man, who had travelled to Karachi, was found infected with it.

District Health Officer (DHO) Dr Zaeem Zia said through social media that 4,620 samples were collected out of which 54 were found positive. He said the positivity rate was 1.17 per cent.