Seven injured in several accidents over the weekend in Dubai - GulfToday

Seven injured in several accidents over the weekend in Dubai 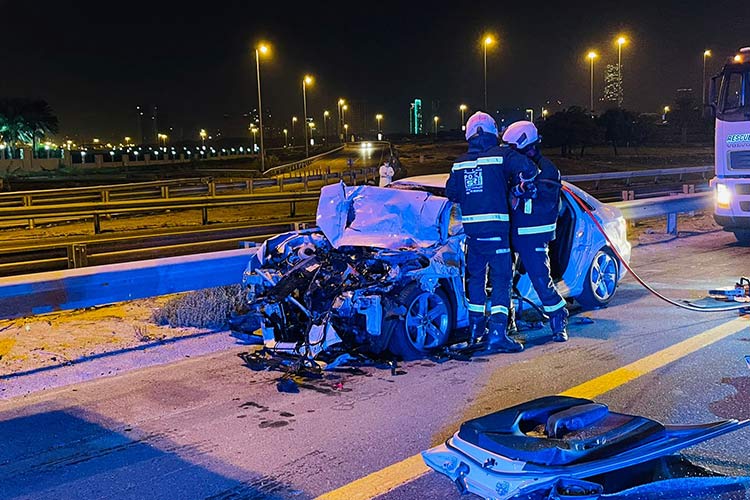 Rescue officers at the site of an accident in Dubai.

Seven people were severely injured in seven different accidents over the weekend, the Acting Director of the General Department of Traffic Police at Dubai Police Colonel Jumaa Salem Bin Suwaidan has revealed.

"Most traffic accidents happened due to violations of traffic laws," said Bin Suwaidan.

"The first accident occurred last Thursday on Dubai-Al Ain Road, in front Dubai Outlet Mall due to failing to keep a safe distance, a crash between a light vehicle and a truck caused severe injuries to the former's driver, and he was rushed to the hospital for immediate medical assistance," Bin Suwaidan said.

He noted that the vehicle was also heavily damaged and had minor damages for the truck.

Bin Suwaidan further explained that the second accident happened in the evening of the same day on Hessa Road at Motor City crossroad when a motorcycle crashed into a truck stopped at a red light. 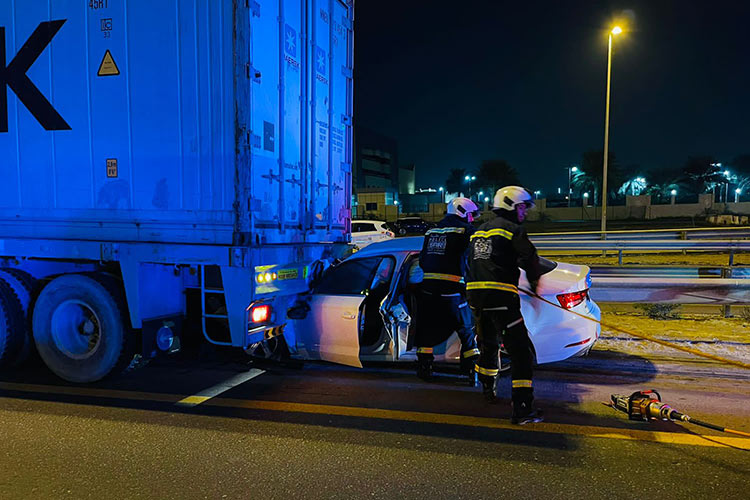 Rescue personnel at work at an accident site in Dubai.

"The motorcyclist suffered from severe injuries and was taken to the hospital," Bin Suwaidan confirmed.

"On Friday morning, a black Ford ran over an Asian woman on the Happiness Road. The accident left the victim seriously injured," Bin Suwaidan added.

The Acting Director of Dubai Traffic Police stated that the fourth accident occurred on Friday morning on Awir Road in front of the Dragon Mart.

"The driver veered off the road and hit a cement barrier," Bin Suwaidan said.

Bin Suwaidan also reported that a fifth accident involved another motorcycle, who ended up in a hospital after being injured severely from veering off the road, deviating from his lane and hitting a cement barrier.

"On Saturday morning, sixth and seventh accidents happened on Al Khail Road, toward Business Bay Crossing Bridge and Mina Jebel Ali Road. In both of these accidents, a light vehicle and a truck collided and left the drivers and their light vehicles severely injured and damaged."

"The trucks, on the other hand, and their drivers sustained mild injuries from the accidents," Bin Suwaidan added.

The Acting Director of the General Department of Traffic attributed the accidents to not keeping a safe distance between the vehicles.

Bin Suwaidan urged motorists to adhere to traffic laws and ride safely on the roads.