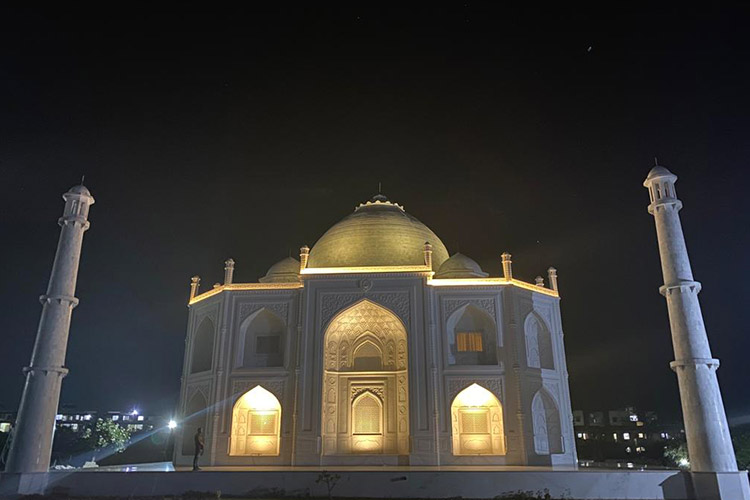 An Indian man has built a replica of the Taj Mahal and gave it to his wife.

Anand Prakash Chouksey, a resident of Burhanpur, Madhya Pradesh, said that initially his ideas was rejected by several builders.

Chouksey, an educator, had the four-bedroom building constructed for his wife Manjusha Chouksey. 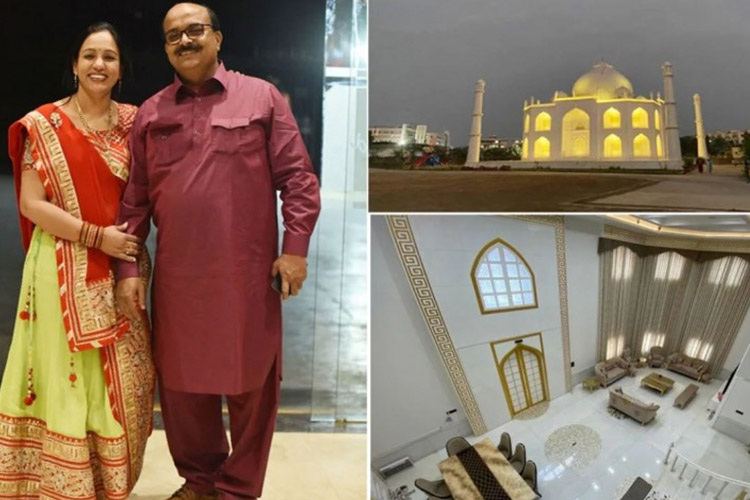 A combo image shows the couple posing for photographs.

For inspiration, the couple travelled to Agra to visit the Taj Mahal.

Local media said that the couple closely studied the architecture and asked engineers to take note of the structural details.

Initially, Chouksey had urged his engineers to build an 80-foot-tall house.

But permission for such an installation was not granted.

Following the rejection, he decided to build a Taj Mahal-like structure. 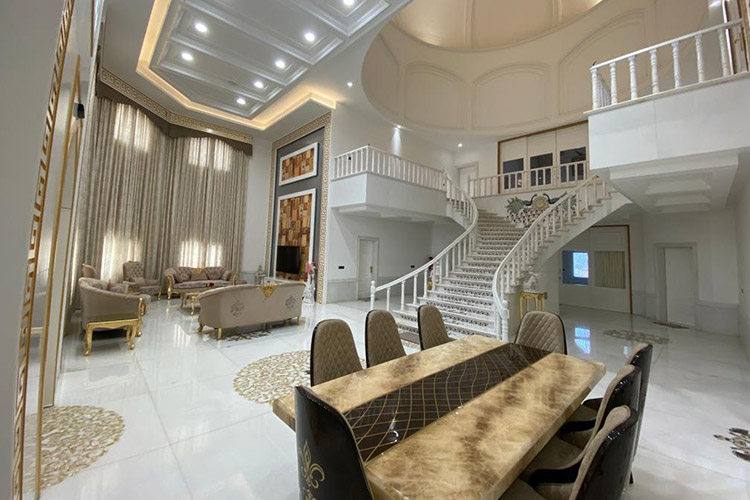 The living room of the Taj Mahal house.

Chouksey's unique home was built over a period of three years.

Engineers built it based on a 3D image of the Taj Mahal.

Chouksey believes his home will be a tourist attraction and it won’t be missed.

According to the consulting engineer Praveen Chouksey, the house spans 90 square metres with minarets. 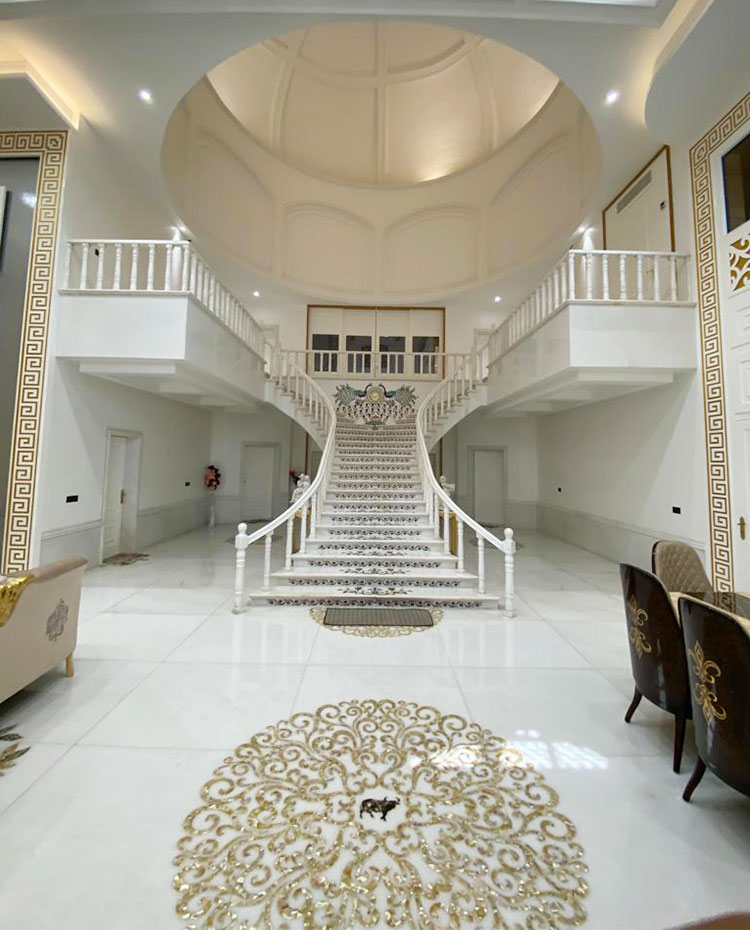 The staircase leading to the second floor.

The dome is 29 feet high and consists of two bedrooms on two floors.

The house also has a kitchen, a library and a meditation room.

A close source with the family said that engineer visited the Taj Mahal to study the detail of the structure.

"Generally, people see the Taj Mahal as a tomb, but we can think beyond. It is a symbol of love, which teaches us to be united. I think, in the coming days, more people will build the same replica as an expression of love for their partners. And above all, I am happy that I could give prominence to my home town," Chouksey said.

Locals and people from surrounding districts visit not only to see the imitation of the monument of love but also for pre-wedding shoots. 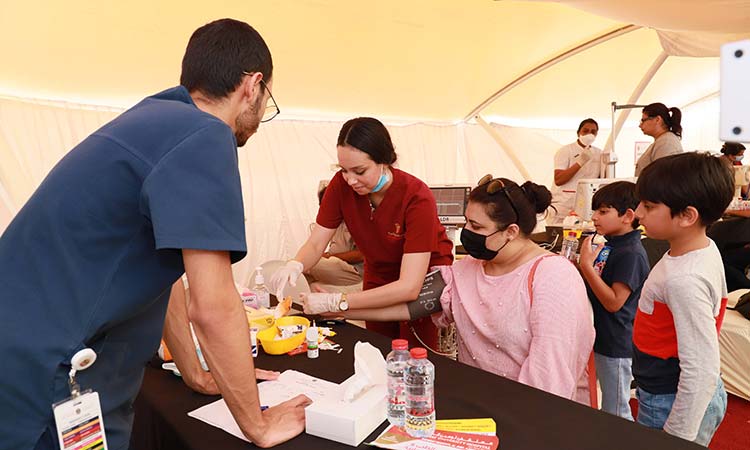 The camp offered free medicines and free screenings such as a blood sugar, ECG, ultrasound, BP and discounts on dental procedures and radiology services