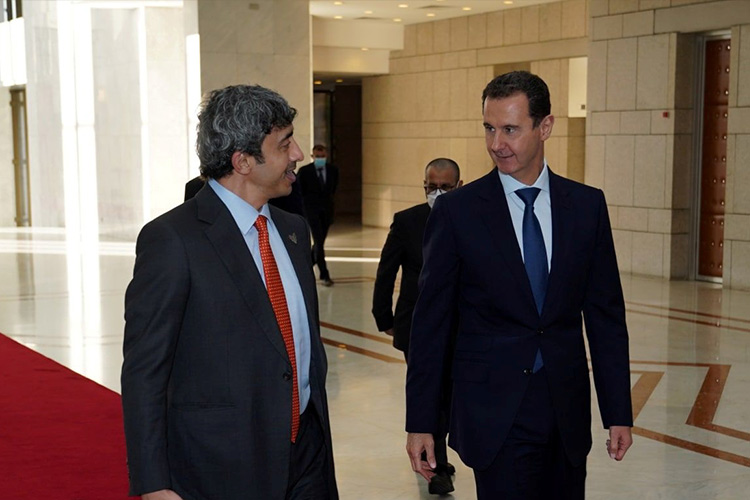 Sheikh Abdullah is the most senior Emirati dignitary to visit Syria in the decade since the eruption of a civil war.

The UAE foreign minister arrived with a senior delegation, according to Syrian state news. 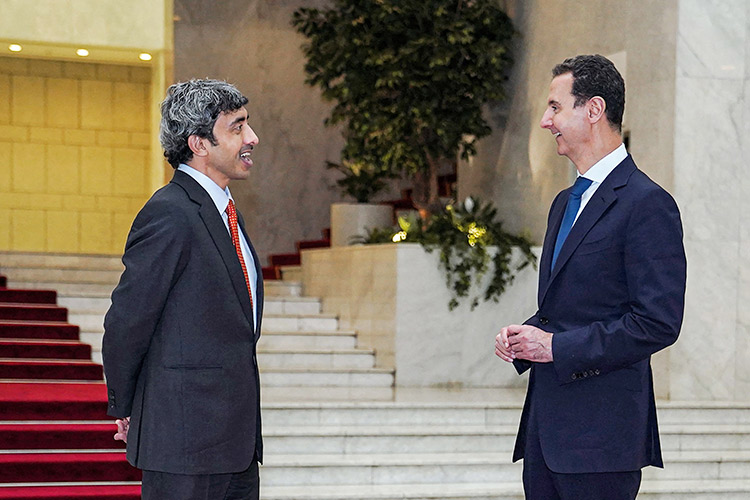 Its correspondent said heavy security had been observed on the road from Damascus airport to the city.

Talks during the meeting dealt with bilateral relations between the two brotherly countries and the development of bilateral cooperation in various fields of common interest, in addition to intensifying the efforts to find new aspects for this cooperation, particularly in vital sectors to boost investment partnerships in these sectors.

Assad affirmed the strong brotherly relations between Syria and the UAE since the time of  late Sheikh Zayed Bin Sultan Al Nahyan.

President Assad hailed the objective and correct stances adopted by the UAE, stressing that it has always stood by the Syrian people .

Sheikh Abdullah Al Nahyan, for his part, affirmed the UAE’s support for stability efforts in Syria, considering that what has happened in Syria had affected all the Arab countries.

He was confident that Syria, under the leadership of Assad, and the efforts of its people, is able to overcome the challenges imposed by the war, noting that his country is always ready to offer assistance to the Syrian people.

The discussions also tackled the situations in the Arab and regional areas. The two sides agreed to continue consultation and coordination about different issues and challenges that face the Arab region to achieve aspirations of its people through their will away from any external intervention.

The UAE has been at the forefront of efforts by some Arab states to normalise ties with Damascus , and earlier this year called for Syria to be readmitted to the Arab League.

The UAE reopened its embassy in Damascus three years ago.

Last month, His Highness Sheikh Mohamed Bin Zayed Al Nahyan, Crown Prince of Abu Dhabi and Deputy Supreme Commander of the UAE Armed Forces, reviewed with the Assad, the relations between the two fraternal nations and prospects of advancing cooperation across various fields.

This came in a phone call Sheikh Mohamed received from the Syrian president where they also discussed the ongoing developments in Syria and the Middle East in addition to issues of regional and international interest. 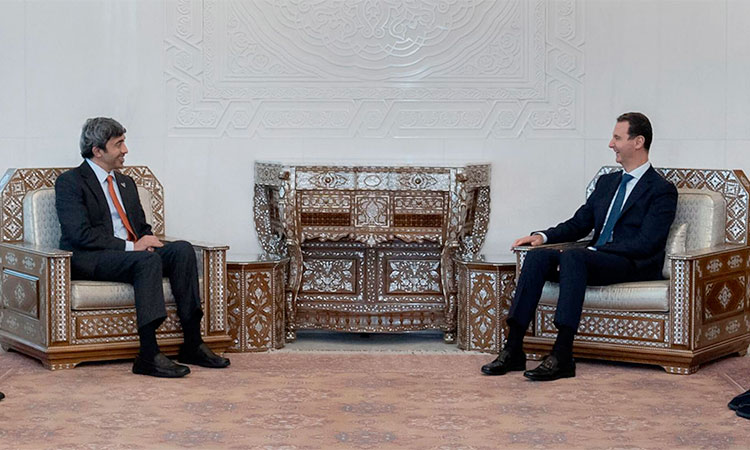 The meeting in Damascus of UAE Foreign Minister Sheikh Abdullah bin Zayed with Syrian President Bashar al-Assad has given a fresh boost to efforts by five Arab countries to reconcile with Syria. 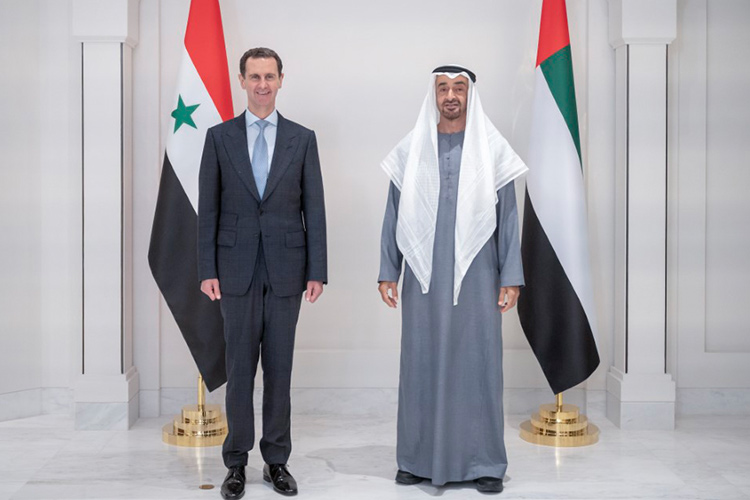 Sheikh Mohamed welcomed the visit of the Syrian President, which comes within the framework of the two countries' keenness to continue consultation and coordination on various issues of interest. 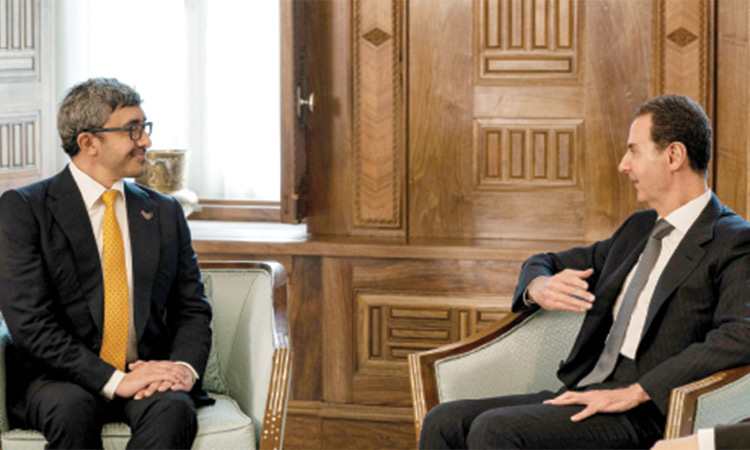