WHO approves India's Covaxin for emergency use - GulfToday

WHO approves India's Covaxin for emergency use 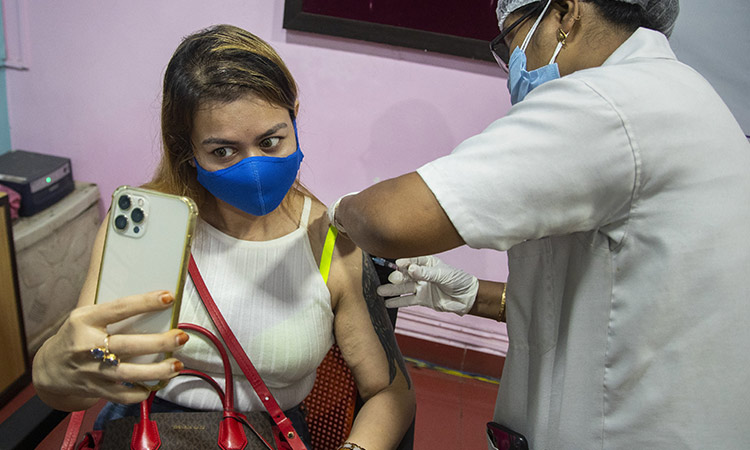 A health worker administers a dose of Covaxin at a health centre in India. File

The World Health Organisation (WHO) on Wednesday said it had approved Indian drugmaker Bharat Biotech's COVID-19 vaccine for emergency use, paving the way for the homegrown shot to be accepted as a valid vaccine in many poor countries.

The emergency use listing would allow Bharat Biotech to ship the shot known as Covaxin to countries that rely on WHO guidance for their regulatory decisions. It could also help millions of Indians who have received the shot to travel outside the country.

The WHO, in a tweet, said: "WHO has granted emergency use listing (EUL) to Covaxin, developed by Bharat Biotech, adding to a growing portfolio of vaccines validated by WHO for the prevention of COVID-19."

The advisory group was expected to make a decision on Covaxin last week, but had asked for additional clarifications from Bharat Biotech before conducting a final risk-benefit assessment for the vaccine's global use.

Covaxin was also reviewed by the WHO's Strategic Advisory Group of Experts on Immunization, which recommended its use in two doses, with an interval of four weeks, in all age groups 18 and above.

Bharat Biotech's vaccine is the seventh to win WHO backing following two mRNA shots from Pfizer/BioNTech and Moderna, adenovirus vector vaccines developed by AstraZeneca and Johnson & Johnson, and China's inactivated vaccines from Sinovac Biotech and Sinopharm.

The WHO's approval may also clear the way for India to commit supplies to the COVAX global vaccine sharing effort, which is co-led by the WHO and aims to provide equitable access to shots for low- and middle-income countries.

Last month, Reuters reported the country was delaying a deal on that while the WHO considered the Covaxin shot for approval.

Bharat Biotech, which developed Covaxin with an Indian state research body, started sharing data with the WHO from early July.