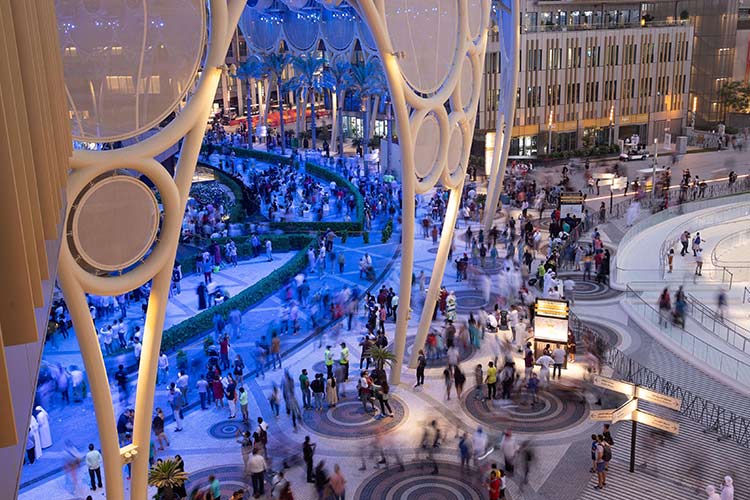 An aerial view of the Al Wasl dome crowded with visitors at Expo 2020 Dubai.

The first month of Expo 2020 Dubai has been hailed as a "huge success,” after organisers announced that an impressive 2,350,868 people have visited the site from Oct.1 - Oct.31.

The visitors enjoyed a host of memorable events, entertainment and seminars attracting people from the UAE, region and beyond.

Bringing Expo 2020 Dubai to a global digital audience, the number of the number of virtual visitors has amounted to 12.8 million since Oct.1.

A total of 1,938 government leaders, including ministers, presidents, prime ministers and heads of state, have graced the Expo site to open their country’s pavilions, speak at official events or celebrate their nation’s Expo National Day. 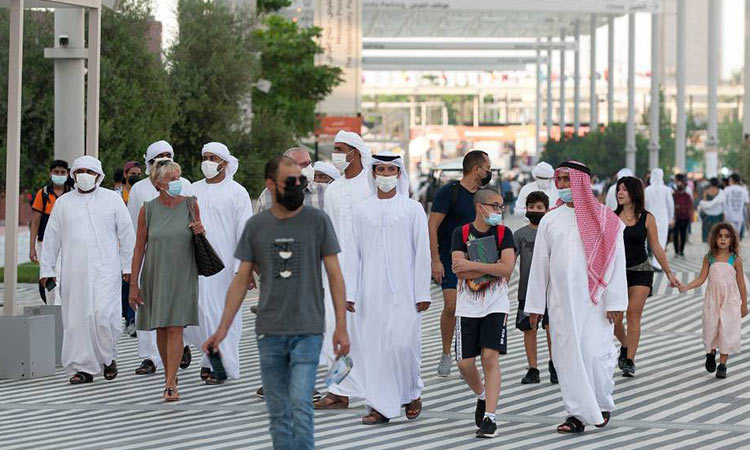 The majority of visitors intend to visit multiple times.

So far, 28 per cent of visits were made by persons under 18 years old, but this figure is expected to grow as the Expo School Programme expands during the cooler months ahead.

Taking a global overview, an impressive 17 per cent of the total visits came from overseas, which was notable considering the event takes place when many countries are still operating pandemic travel restrictions.

Expo has counted 185 nationalities through its gates, with the top five most popular overseas markets consisting of India, Germany, France, Saudi Arabia and the UK. The majority of visitors intend to visit multiple times, with more than half (53 per cent) holding a Season Pass, more than a quarter (27 per cent) entering with a Multi-Day Pass and 20 per cent entering on a one-day ticket.

In keeping with Expo 2020’s sustainability aims, an impressive amount of people have travelled to and around the site using RTA transport methods.

From a total of almost 3.6 million total journeys, more than 1.1 million trips were made to and from the site using the Dubai Metro. The opening 31 days also saw the first two Thematic Weeks from Expo’s Programme for People and Planet, which is designed to inspire collective and meaningful action to address the world’s most critical challenges and opportunities. 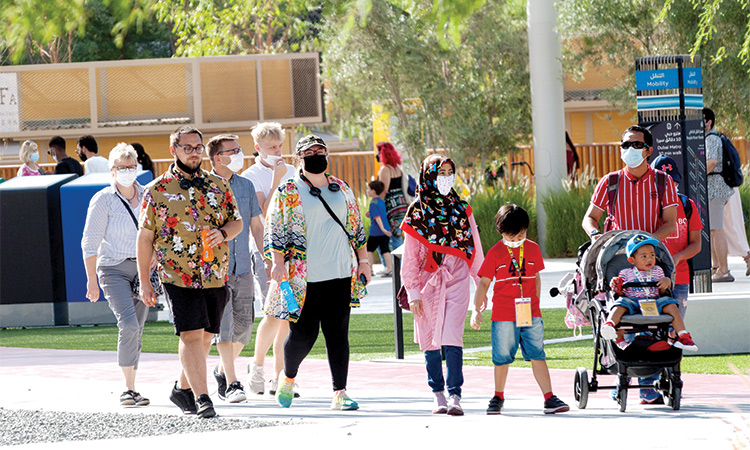 An impressive 17 per cent of the total visits came from overseas.

A truly international cast came together for Climate and Biodiversity Week, which took place ahead of the vital COP26 global environment summit, before Space Week blasted off into orbit to explore how the final frontier can help life on Earth.

Eight further Thematic Weeks will be held between now and the end of March, with Urban and Rural Development Week currently underway until Nov.6.

And many of the 192 Country Pavilions - the first time in World Expo history that every participating nation has its own pavilion - have proved especially popular.

The Saudi Arabia Pavilion, one of the largest on the Expo site, has attracted half a million visitors already.

Throughout the first month, a number of Expo 2020 National Days and Honour Days were commemorated, with highlights including spectacular aerobatics from the French Air Force team Patrouille de France; Switzerland unveiling an inspiring supersize artwork by artist Saype; and international ensemble the Emirates Youth Symphony Orchestra delivering a message of peace and understanding for UN Honour Day.

Ticket-holders have eagerly availed of their Expo Passports, with 695,437 sold in the first month, as fans compete to get the most country stamps in a single day. A staggering 5,610 official events have been staged across the Expo site during the first month of operations. 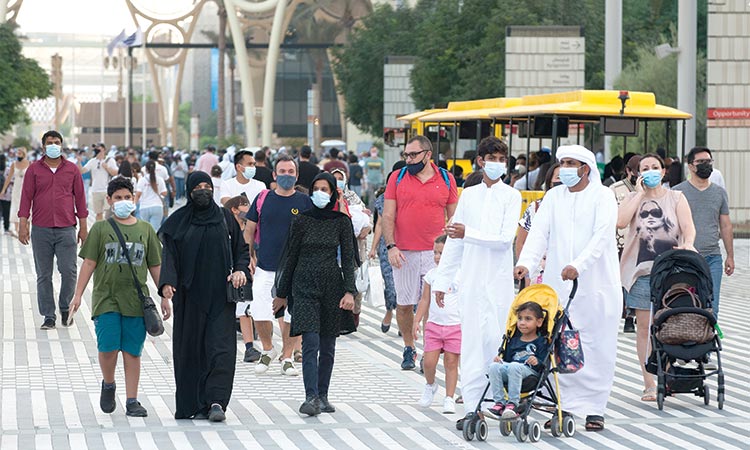 Expo 2020 Dubai has impressed visitors of all ages and nationalities.

Crowds have been attracted to a stellar line-up of regional and international music artists, including Amr Diab, Kadim Al Sahir and Sami Yusuf.

There have also been appearances by major sporting stars, from the basketball skills of the Harlem Globetrotters to the Rajasthan Royals cricket team. Individual countries have flown in musicians and performers, and there have been panel discussions featuring everyone from business leaders to astronauts. As the UAE moves into its winter months and the weather become more temperate, visitor numbers are expected to steadily increase, enticed also by Expo’s ongoing programme of events.

November alone will feature the conclusion of a week of events marking Diwali, Nancy Ajram and Ragheb Alama headlining the second of Expo’s Infinite Nights concert series, and the beginning of a packed schedule of celebrations for the UAE’s Golden Jubilee.
Expo 2020 Dubai runs until March 31, 2022, inviting the world to join a celebration of unity, opportunity, creativity and sustainability that will help to shape a better, brighter future for everyone.