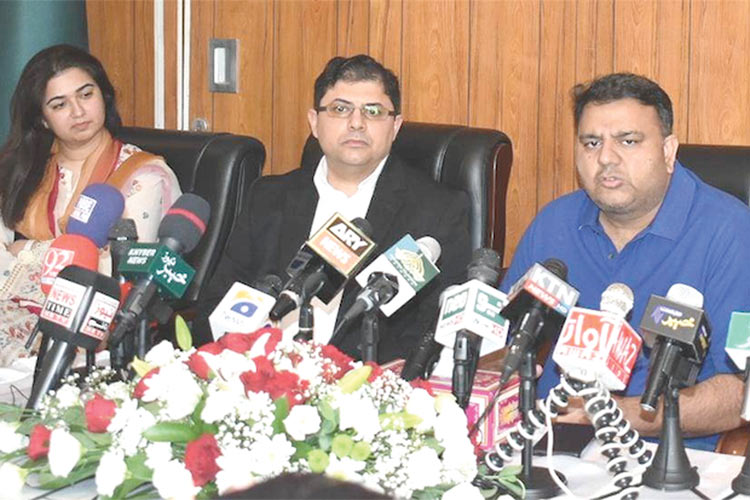 “The government of Pakistan will issue 3-day special visas to the Sikh community residing in the UAE who wish to attend the 3-day festivities on the occasion. A special film will be released during the festival. In this regard, hotels are also offering special packages to receive community members from all over the world,” he said.

The minister, who was on a brief visit to the UAE, attended a press meet with local journalists at the Consulate General in Dubai on Saturday.

The minister talked about a number of topics and presented the government’s view.

On Afghanistan, he said that we are negotiating with the Taliban to form an inclusive government and bring all the stakeholders in the new government while we are also asking the US and Europe to support their government. “A peaceful Afghanistan is our top priority as Prime Minister Imran Khan on his recent visit to Tajikistan told their leaders to hold talks with the Taliban to take all major players in their inclusive government. We are also taking regional powers in the conference that we support central Afghan government as a strong power,” he said.

He also mentioned that “for the last many years over 20 per cent Afghanistan’s budget consists of foreign aid to run the government affairs. Our government also decided to grant Rs5 billion as aid to Afghanistan,” he remarked.

Inflation:  “The COVID-19 has affected all over the world which resulted in high inflation everywhere even as all major cities suffer not only the price hike of daily commodities but thousands lost their jobs. Even the gas prices increased by 500% in London showing the impact of COVID-19. The fuel prices have increased all over the world, even in Pakistan,” he said.

“On Friday our team is playing one of the important matches of their career against India in the T-20 World Cup 2021. Our best wishes for Pakistan XI and the whole nation wants a win in this crucial match,” Fawad said. “We told our 11 players that this match against India is a great opportunity to become a hero. We know that whoever performed well will be a winner,” he said.

Responding to a question, the minister said that cricket is one of the sports that unites the whole nation. “Our government led by Imran Khan wants a better relationship with India. We asked them to resolve the Kashmir issue to grant them freedom and let’s move ahead but they are not responding positively,” he said.

The construction industry has received over Rs597 billion in foreign investments besides creating over 300,000 jobs across the country under this government, the minister said.

“One of the biggest issues faced by the overseas Pakistanis was inheritance. Now any community member around the world can apply online to Nadra (National Database and Registration Authority) to obtain an inheritance certificate. However, this government also freed around 20,000 Pakistanis from different foreign jails as they were waiting for some assistance from the government after completing their sentence,” he said.

The minister responded to a question that a huge quantity of dollar bills were smuggled into Afghanistan and resulted in the weakening of the local currency but the authorities responsible have carried out all the necessary arrangements to stop the smuggling and “we hope that the exchange rates will come down in the coming days.”

Minister Fawad Hussain lauded the UAE government on the successful Expo 2020 and also expressed great satisfaction on the response receiving by the Pakistan Pavilion so far.