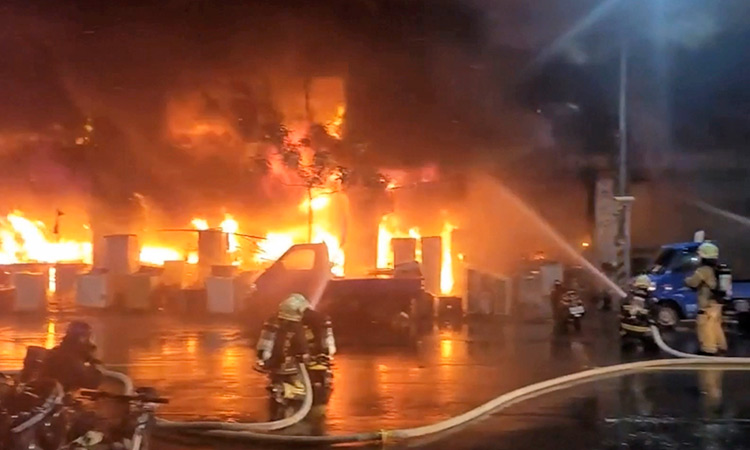 Firefighters battle a blaze at a building in Kaohsiung, in southern Taiwan. AP

An overnight fire tore through a building in the southern Taiwanese city of Kaohsiung on Thursday, killing 46 people and injuring dozens of others in the island's deadliest blaze in decades.

The fire broke out in the 13-storey, mixed-use building in the small hours of Thursday morning, according to officials, raging through multiple floors before firefighters finally got it under control.

At least 4 killed in Beirut amid clashes over blast probe

Kaohsiung's fire department said it sent more than 70 trucks to tackle the blaze, which took four hours to put out.

As daylight broke the sheer scale of the fire became clear, with every floor of the building visibly blackened and most of its windows shattered. 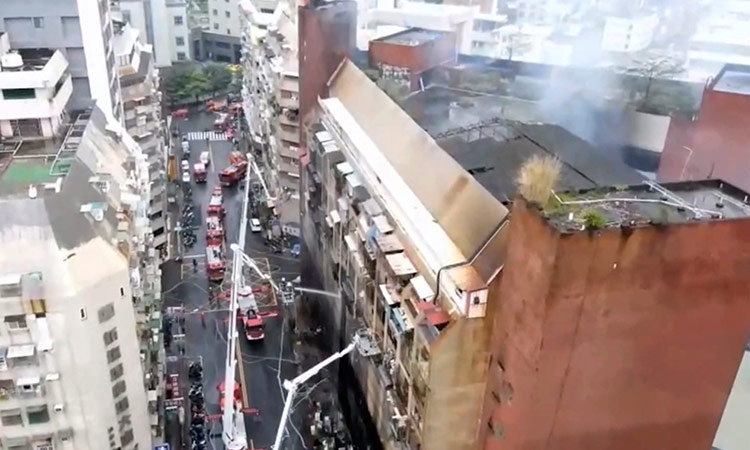 Firefighters shoot water into a building in Kaohsiung. AP

The fire department said the blaze "caused 41 injuries and 46 deaths", officials adding that most of the fatalities occurred on floors seven to 11, which housed residential apartments.

The first five floors were for commercial use, but were unoccupied.

Residents reported hearing a number of loud noises when the fire first broke out on the lower floors.

"I heard many loud bangs -- 'bang, bang, bang' — on the ground floor and came down to investigate," an unidentified man who lived in the building told Formosa TV.

"That's when I realised there was a fire and called the police," he added. 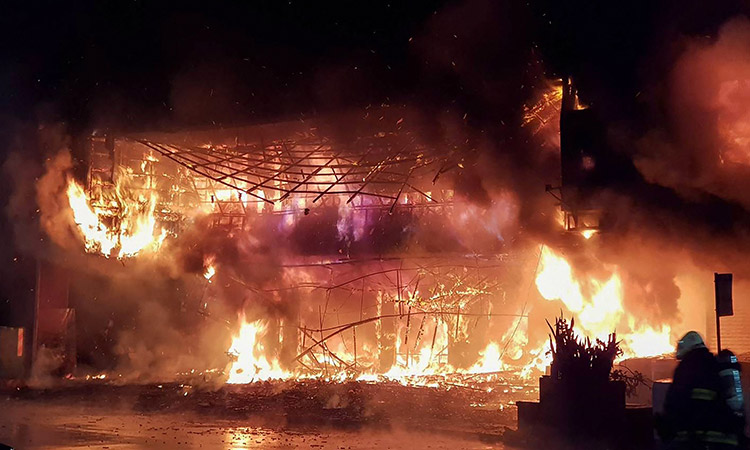 Firefighters battle an overnight blaze that tore through a building in the Taiwanese city of Kaohsiung. AFP

Video shown on Taiwanese television showed orange flames and smoke billowing out of the lower floors of the building as firefighters sprayed water at it from the street. After daybreak, they could be seen spraying water into the middle floors of the still smoldering building from elevated platforms.

The cause of the fire was unclear, but firefighters noted the flames burned most intensely where a lot of clutter had been piled up, the fire department statement said.

Eyewitnesses told Taiwan media that they heard an explosion around 3am

The building is about 40 years old with shops on the lower levels and apartments above. The lower floors were completely blackened.